I decided to use this account again. Sadly I no longer have the old dolls in my photos, but I am collecting again! 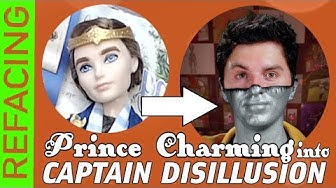 Loved this project, I tried a lot of things I…

Hey ghouls and ghosts!! I'm new to this site so let me introduce myself. Draculeen is my favorite character and when I was younger I love Kitties Mama makeup tutorials!! I'm here to renew the love <3

why am i back, page archived and other stuff.

Hi, I'm Kayla and you're probably wondering where the heck I've been.

Well to make a long story short, I grew out of Monster High. I don't mean like I started to hate it, what I'm saying is that I got older and decided to leave the life of collecting MH dolls behind. Plus, I had other things to focus on like school and what not. The reason why I just update my page now in six years is to keep in archived.

Why am I archiving my page? Monster High was apart of my… Looking for Dolls for OOAK purposes

Hello lovelies!
I've recently become a big fan of Monster High and due to the recent reboot, me and my boyfriend have even created our own reboot to hopefully pitch one day to bring back the cute and scary tone of the show.
Anywho!

I've been into customizing Monster High dolls a lot lately, I'm new to it but I've been able to get some beautiful results and I hope to sell my creations one day because it's hard for me to get a good job right now. I've been recently diagnosed…

I am so so sad about this Exclusive to the Mattel Shop as we here in germany do not have a mattel shop only. As of exchange the 2 Dolls would be around 35€ so not that much actually. But sadly with delievery and everything it is on ebay around 90€. I would off loved to show them on my Channel as early as possible I guess I have to wait till I saved up some money or somebody is selling it for less :(…

I just recently acquired all of the Sweet Screams Dolls and am so excited to unbox them! Pictures will follow ^-^
What are some of the Collections you have finished? I am probably waay waay behind as I just started collecting them last November and sort of only get 1 Doll a Month.

Your Thoughts On G2?

As many of us know, G1 of Monster High has officially ended and G2 has begun. What do all of you think of G2?

Are there groups or clubs for boys who like monster high?

I found out that there is going to be a Frankie Ghost Buster doll!

So I just started doing MH customs and I want to make one for my wife so trying to take my time and make her look fangtastic. Anyways I hit a snag when it comes to the hair. Does anyone know what is safe to use for styling the hair? I was afraid to try anything since I know they have synthetic hair and certain things can have bad effects on it. any help would be greatly appreciated :)

Trying new stuff for my dolls

After being away for so long, i have to work on some new ideas for my dolls, considering it isn't that expensive for me to go with doing my own designs. I'm kind of hoping to find some Gothic Lolita costumes for my dolls. I haven't exactly talked about this with the BJD group I'm with because I don't know if they even like Monster High, so I'm kind of wondering what I'm going to do for my dolls.

Finally have names too, I have Katie Pink and Coraline Mode who are my cat and witch…

How do I boo

I saw the commercial for the new monster high dolls and nearly cried, but I did cry when I looked up monster high 2016. Even the new characters look so gaudy...I want my original spooky ghouls back! They taught me to be myself and without them I wouldn't have a passion. Should I change myself because people don't like me? That's what Mattel is telling me and other young girls all over the world...I don't even know if I wanna collect anymore, because these new dolls aren't monster high; they're… Continue

These are totally bogus Monster High mini figures from the leader in counterfeit goods: China! These are not at all authentic LEGO toys, these are bootleg fake copies of Monster High characters from the Haunted series, the characters shown include:
Twyla
Spectra Vondergeist
Draculaura
River Styxx
Rochelle Goyle
Clawdeen Wolf
Vandala…