Be Creative While Making Your OC's!!!!! 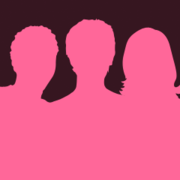 I've seen a lot of non-creative creations on here Daughter of Santa?Daughter of the genie?Really?Boring!Join if you agree with me!The only way you can join is having creative OC parents.NOT the tooth fairy,not Santa,not all the blah-blah-blah!

This group does not have any discussions yet.

You need to be a member of Be Creative While Making Your OC's!!!!! to add comments!

lol, she sings instead of talking, it's the chics first OC, so  i'll cut her some slack. but she made another oc at it was eh.

ya, it's favorite activity was to mime.

Dude, someone made a daugter of the mime.


Personally I'd love to see Anubis made into a boy figure. I think ALL of the current boy figures are lame.

i cant believe some people have really non creative ocs......my favorite oc of mine is tary-daugter of the drumants

I will put a list of my oc's here, just for the record.

-Ali Ens daughter of the Aliens (Way different than all the other Alien Oc's I see.)

-Mei Catterson daughter of a mai and a werecat (my persona.)

-Lemony Gomez daughter of the Golem

-Linda Grem daughter of the Gremlins

-Henry Dra daughter of the Hydra

-Sid Tyran son of the Satyrs

-Herman the Merman son of a mermaid

-Erin Elf son of a nymph and an elf

-Robilly son of the tin man's brother and Robotania's brother

-John Brown son of a refugee and a spy (he's human and probably my most creative oc.)

Okay, so I have a lot of them, but most of them don't have bios yet because I havent't developed them enough yet.