Spotted! J. Shows up for the first time! and T. Starting a new intrigue!

I just had watched the newest episode of MH on Youtube and I wanted to post Jackson's screencap, but when I entered 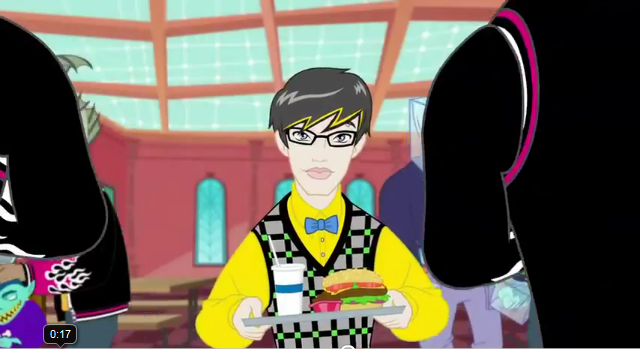 this site I noticed that some of You had did it earlier, so I think I will write some more, what I'm thinking about him...

At first, when I saw him, I was shocked! What a surprise!

Second thought: Typical nerd: Glasses, smart outfit... but wait a minute! He still has got his Eyebrow piercing on it's place :)

Facts: The first manster who learnt who he is was Deuce who was sitting in cafeteria with Heath Burns.

Heath introduced his Cousin (Yes, Jackson is his cousin!) as a normie. So it mean noone knows about second identity of Jackson yet ;)

Deuce's attitude was really nice. He even asked Normie to sit with them.

After unfair situation with Clawdeen's prank on poor UlaD (Meat thing) She became even more Naughty!

After great performance of the MH swim squad (Clawd+UlaD' date btw.) She sneaked from behind of the stand and took a picture which can make a lots of trouble to Our water species!

Will she make any more troubles for Monster High squad? 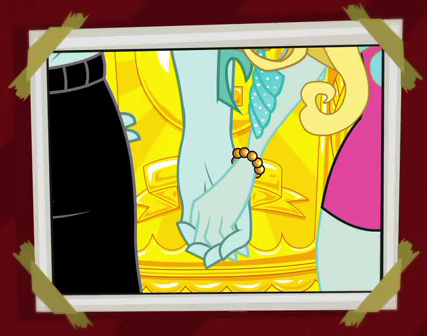 No one knows. Yet!