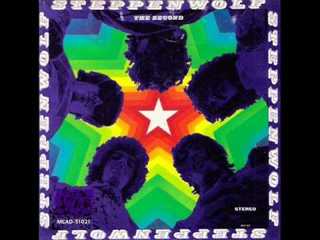 Monster High channels a song from the 60's Canadian-American hard rock group Steppenwolf on their new "13 Wishes" DVD! Listen to a clip from the trailer below:

That's Catty Noir singing: "I like to dream yeah...." If you watch the full movie, you hear her sing: "Close your eyes ghoul, look inside ghoul. Let the wish take you away"

Now if you were born in the 1950's, you may have heard that before, listen to the song below, familiar?

That's "Magic Carpet Ride", by Steppenwolf. Song was released waaay back in 1968, it hit #3 on the charts, and was their second-most popular song. Their #1 song was the unforgettable "Born to be Wild".

hey what do you cam this

aaand another case where the original eclipses the cover lol. There are precious few covers better than the original, but there are a few i'm rather fond of. Shame they killed the kicking bass line for Catty's version. Hers is so.. insipid and lifeless imo.