Hello, all. :)  I figure since I bothered to take the time to make this profile, I should take a second or two to introduce myself.

I go by "Fusspot" in most places.  I'm a game artist from Chicago who has a growing side-obsession with Monster High dolls.  I enjoyed the web videos when they were first released and bought a couple of dolls then.  My interest lapsed with an increase in work, but once again I've actively begun pursuing the dolls where my budget…

I drew some fan art of the Monster High girls in Sailor Moon uniforms. I even listed why I thought they should be those Sailor Senshi. I can't show you the art because I don't have a scanner but I wish I could. :/ I am highly skilled at drawing anime characters. I like to draw Sailor Moon mostly. It's challenging and fun. :3 I hope to someday make custom dolls and clothes for these ideas. Please, don't take my ideas. I wouldn't do that to you. :/

Anyhoo, these are who I…

"So this is the shopping maul, and this is the Coffin Bean, and this is my favorite designer shoe store..." said Draculara almost out of breath. "Maybe we should start with some coffe from the Coffin Bean." suggested Frankie. Everyone agreed and walked inside. Electry, Anie K., and Violet Sparks had to get the oil of the day special since they couldn't get coffe. "So," started Frankie,"at Monster High we want every guy and ghoul to be theirselves and just have a fangtastic time." "My sisters…

I'm TOTALLY pumped for this year's MH shopping season! There are so many sales for X-mas, and a lot of them are on toys. Mostly MH, though. But I've saved up my money to try to buy the Scaris and Fearbook dolls. I really want fearbook UlaD because I love her pic for the fearbook! It is hilarious! But I'm mainly looking for Scaris Frankie and Jinafire. I really want Jinafire because I like Japenese things. And I want Frankie because she has the personality of my friend who is in Paris right…

Older brother liveing all alone with girl friend how knows what they do.
???????

Hey guys. My last name isn't really Skulls. Thats because Sara Skulls is a Monster High version of me! You see my profile picture? Well I drew my character. I also drew her (me) in Dawn of the dance,dead tired,and skull shores version! If you were in Monster high what would your name be and how would you look like?

So, I am a 30 year old woman that decided two months ago to start collecting Monster High dolls. I had been eyeing them for the past two years, but always told myself, "No, I dont need them" which is totally true, but the want was there. When I was growing up, I had a massive collection of Barbies. Played with them all the time. Freinds envied me for them. I took great care of them. But when I moved out of my parents house at 16,…

My name is Hailey. I am 18 soon to be 19. I love Monster High, Sailor Moon, and Hello Kitty. Just a few of my many girly obsessions. xD My boyfriend doesn't quite understand it but he still loves me. Hee. I tell him they are for collecting and are worth alot of money now-a-days. Maybe more in the future. Oh, and I'm quite the otaku (person obsessed with anime/manga). I have almost 100 manga books and many anime VHS/DVD's. I am new to this site, but I like it already. :D

(This fan fiction is "written" by my OC, Bridget )

I used to think Monster High would be like the high schools in Mean Girls, where everyone just stares at the new kid. But, to my suprise, it was the complete opposite. Being home-schooled, I never knew what high school would be. I guess since it's a school for monsters you can't exactly stare… 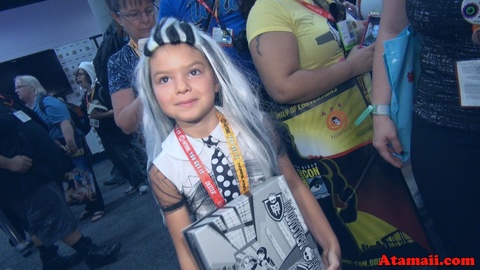 Help me find them, please tag your Halloween pics by adding the tag: "halloween", and I can find them easy to add to the gallery!

The Making of C.A.Cupid Finale

Here it is! the big debut of C.A Cupid! 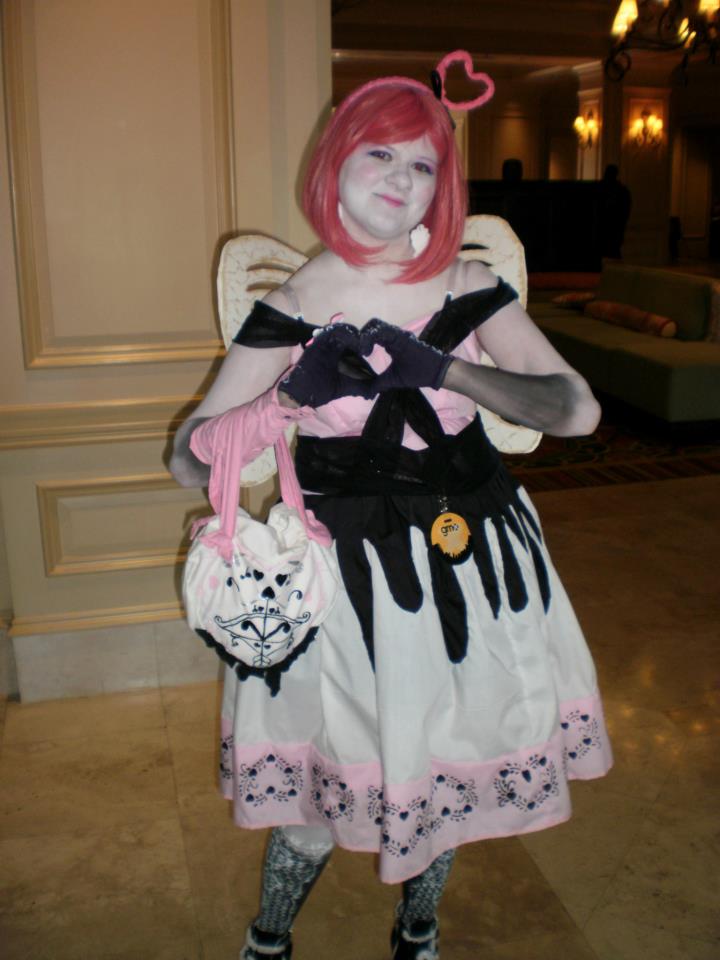 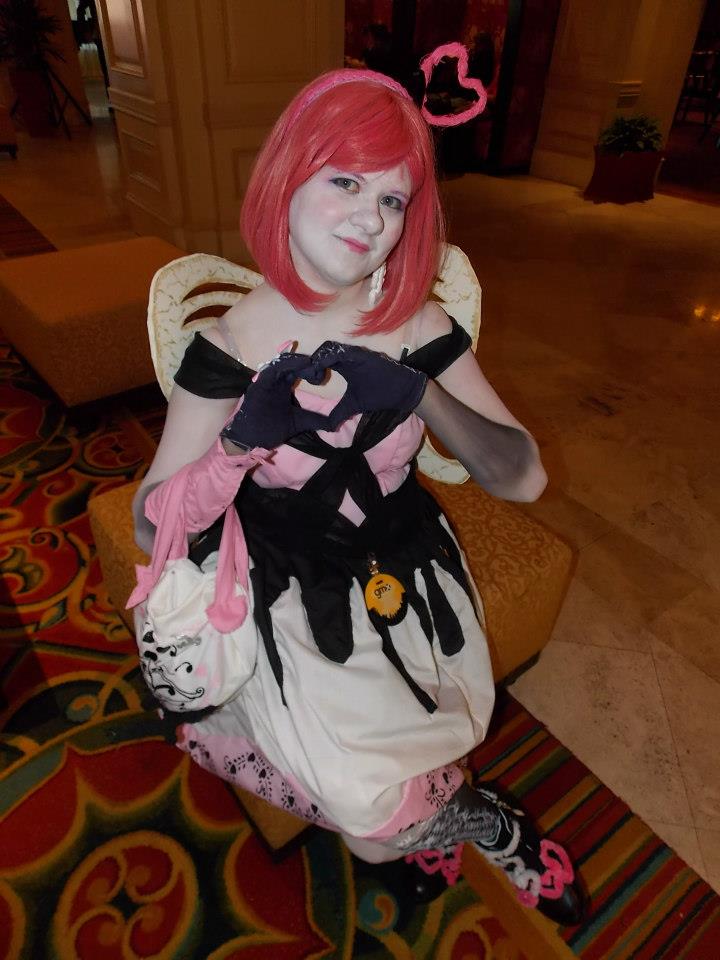 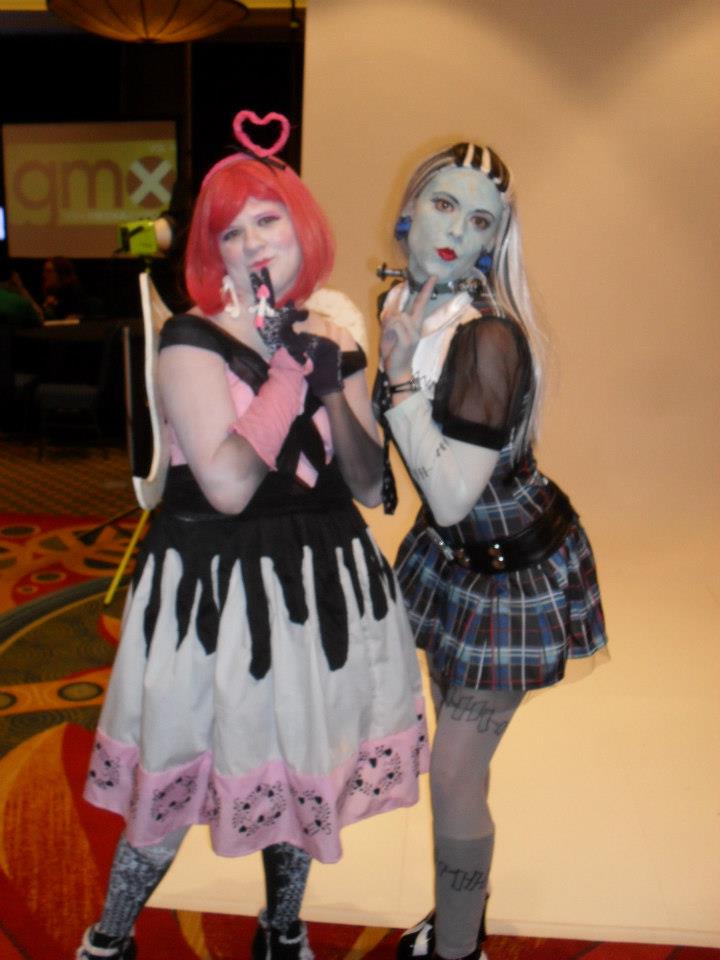 My lovely Frankie Stein who joined me that Sunday!…

The Making of C.A.Cupid part 3

For C.A. Cupid I finished up a few last minute things the day before the convention, I was undecided if I wanted to paint the tights after they were dyed. 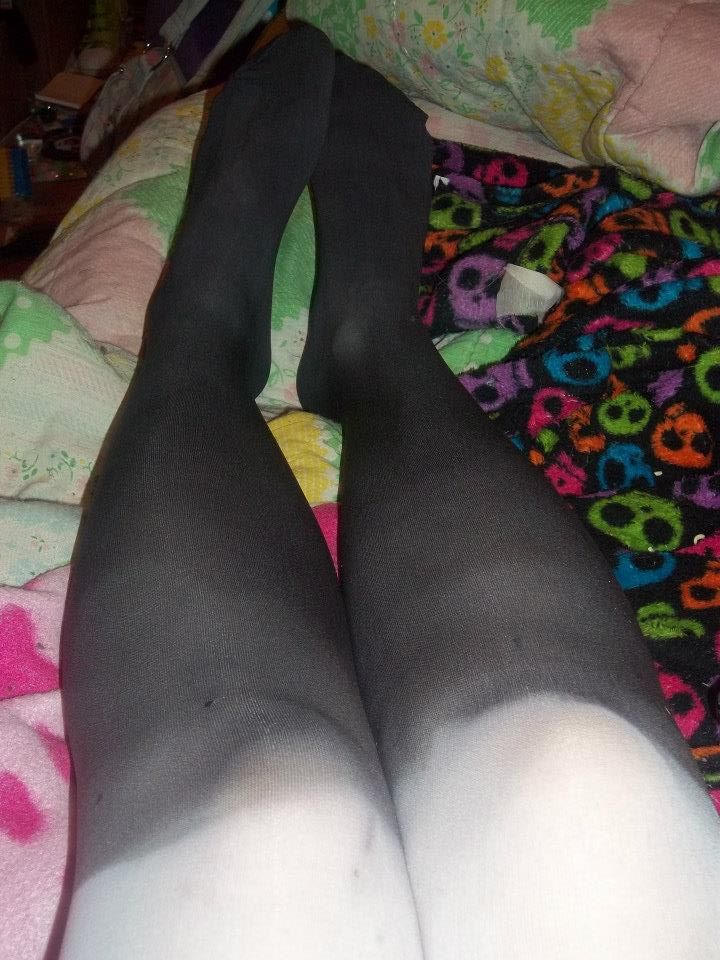 After some thought I decided to go ahead and do it, so I put them on, sat down and painted my legs!…

The Making of C.A.Cupid part 2

After I painted the pattern on the gloves for Cupid's hands I went onto making her jewelry, first I made it out of clay and then made molds for it out of Amazing Mold Putty.

The reason for making them out of Clay is to already have a shape to make the mold from, also I couldn't of been able to just use these because Clay is rather heavy when it's baked. 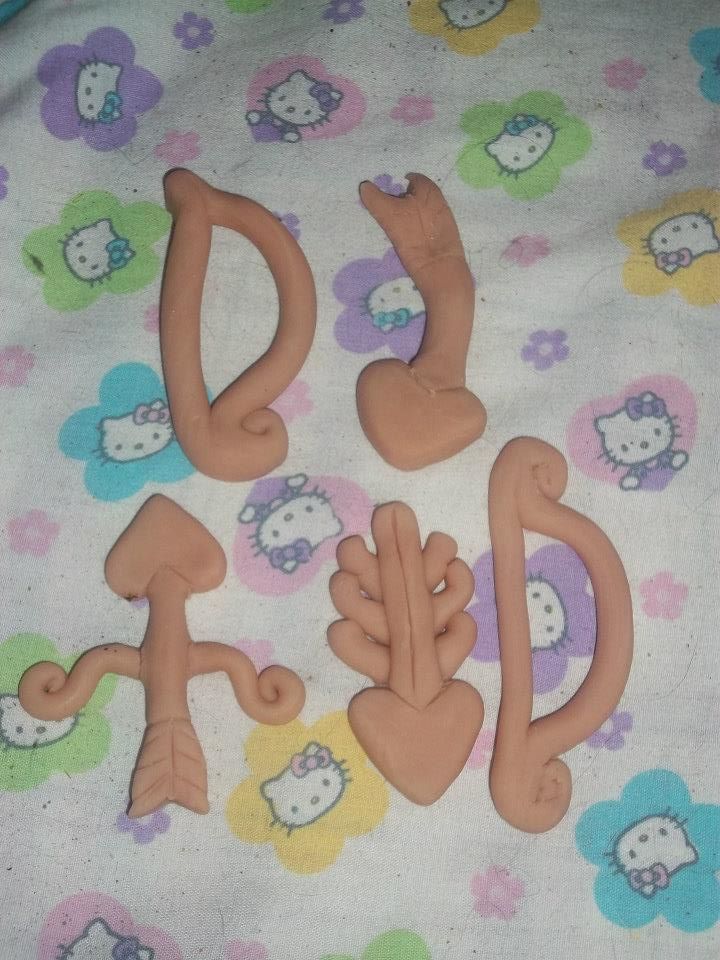 The Making of C.A.Cupid part 1

Every year in Tennessee our Local Geek related convention Geek Media Expo is hosted at a hotel and it is three days long, as always I make a costume and attend, Last year on Sunday of the convention I went as Ghoulia yelps, This year? C.A. Cupid. I will be posting the progress pictures of the costume and the final photos of it's big debut, I hope you enjoy!