Daughter if the Sirens

Killer Style: I may be blonde but I’m more than just beautiful.  I know you all love my chic pink mini and fishnet stockings.  My favorite 3/4 leather jacket with the shiny brass clasp covers up my shoulders because nothing finishes off this out like my favorite jet black tube top.  My rose lipstick always matches my favorite rose colored flats ;-)

Daughter of the Harpies

Killer Style: Love rockin’ my gray leggings with my mauve skinny fitted-t with my favorite floral print. But my best accessories are my hoop earrings and raven shaped pendant.  And the final touches for this chic outfit are my killer black stilettos with shiny gold clasps.

Freaky Flaw:  I’m a selfish only child that lashes out at the most in opportune times.

Son of the Chupacabra

Killer Style: Don’t let my torn jeans fool you I'm smarter than I look.  These red plaid canvas shoes are the sh*t cause they go with my red printed-t.  And to top it all of a nice happenin’ blazer ;-)

Freaky Flaw: People say I'm nosey, but really all I am is curious about the things around me.

It was a dark night, around midnight, and I was meeting my x-boyfriend at the abandoned where house. It's a really quick story. I kept asking why he won't come out of the shadows. I remember him saying, "Don't come after me, I'm hungry."…

Yay! My birthday is NEXT FRIDAY! October 7th! Yay! Wish me happy birthday! I am going to be 16 Earth years old! :D On Mars I will be 32! So happy! It will be the best day EVA! I will OFFIALLY be a women! :D

So my best friend is getting kicked out of her house by her "father" and grandmother. She has to find a job in order for her to stay at her house. Well there are no jobs and she doesn't want to find a job that is far away from her house just in case something happens to her mother which I understand but at the same time when I try telling her that she might have to she gets upset and says "There are so many miles that I can ride my bicycl and I don't know how to ride the city bus." Well here…

Moderators, I am disappoint.

Note: this blog post was written before stu hired some new mods. I am now very pleased with the site, and happy to return.

It's that time of month again, everyone-- you know what I mean. The time when hell rains down in a blizzard of angry justice. When the children weep and cower and fear the creature bubbling up within me, the monster that is only slightly less fashionable, but ten times as fierce.

I found out how I change my picture!

there should be melody and billy dolls!!!!like dont you wounder what they would look like in human form! :D  like what billy looks like when hes invisable and after candace gave him the makeover thingie soo ye!

September 29, 2011 4:00 p.m.    Hey again Diary! Had a pretty bad day today. There was this mean subsitute for Mrs. VerFang's class (My class switches with them) He made Keyami go in the hall and work alone just for laughing! Rude, right? Anyways, saw Madi and Biteow again today!!  And Mrs. DeScreamtes' daughter is sick :( Hope she feels better! Well, bye Diary!

the story of Moon

so u guys im gonna make a book thats all about me and how i became a monster. so right now i will tell u the prologe. and * means i spelled something wrong

Running to the girls room, I slammed the door open. I hoped no one was in there but forchonetly*, there wasnt. Darting to the sink, I held it like i was ready to through up. Breathing hevely, I slowly looked up, breath by breath. and when i looked in the mirror, I saw a girl with beady red eyes, ears as tall as pencils,…

Hi people! Plz plz plz visit my websites and chex them out!

The Monstars are the hippest alternative/rock band at Monster High.  The members of the band are as follows:

I'm so lost it my first time on here and i don't know what to do. Well I know what to do but how in the world do I change my picture? So i really need help I know blog but I'm so very lost.

Killer Style: My red and yellow tank top with my black leather jacket and dark blue jean shorts. I also add a touch of glitter to my jacket. My black boots and my string necklace. I like my red…

Killer Style: My red and yellow tank top with my black leather jacket and dark blue jean shorts. I also add a touch of glitter to my jacket. My black boots and my string necklace. I like my red… 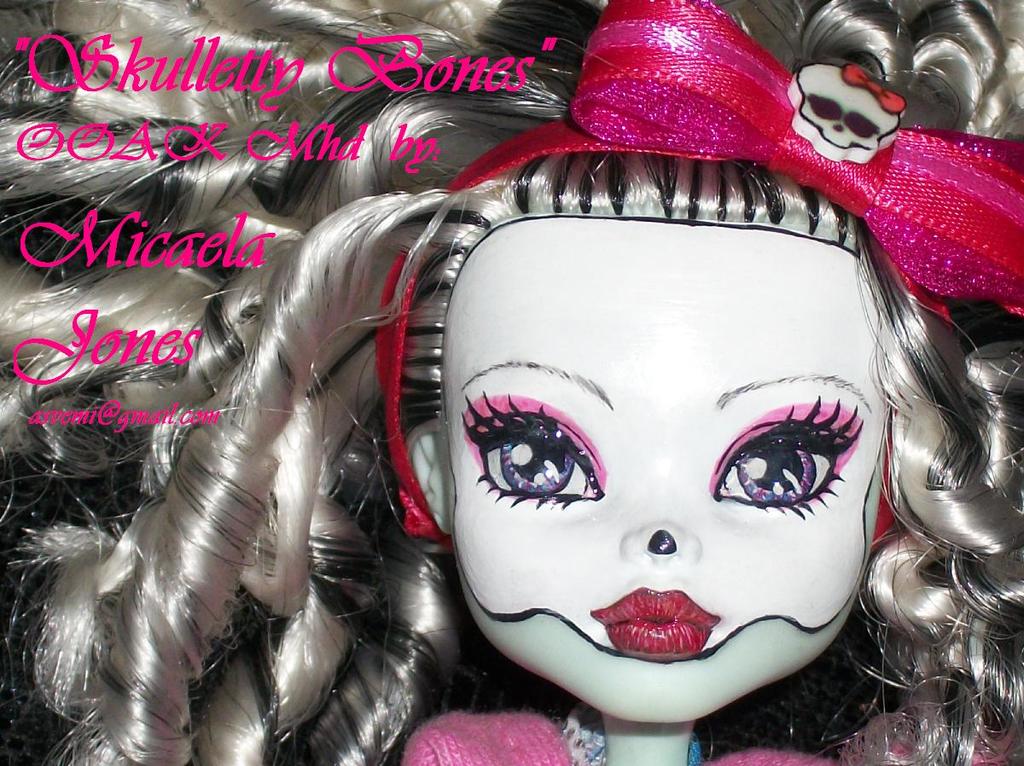 Look this a cool pic!…

Will There Be a Heath Burns Monster High Doll??

I have loved heath burns from the start! He has ben in mostly all of the episodes and webisodes and I think they sould make a doll of him. They make a Clawd doll and he has only ben in some of the episdoes. So will Makers of Monster High make a Heath Burns doll??