For those of you who live in Canada and live in Ontario, Catty Noir has been found in toys r us. I live in Ontario Canada and I went to toys r us to look for a birthday present for my younger sister, I went to the monster high section to look for Twyla and I found her. So I grabbed the doll and walked down the monster high section looking at all the dolls and then I spotted a box that was hiding behind…

Okay, lately, I have been wondering about alot of things. One of those things is "what would characters look like in real life?" But not just Monster High, but others, too. Like the Disney, Adventure Time, and others. Tell me what ya got!

Fans doing Monster High cosplay during San Diego Comic-Con SDCC last July 2013. There are some Ever After High fans in cosplay at SDCC.

This is a preview of the Monster High Power Ghouls doll. These were on display at the Mattel toys booth during San Diego Comic-Con SDCC July 2013.

The Power Ghouls dolls are popular Monster High characters dressed up in Super Hero costumes. The Power Ghouls are:
Spectra Vondergiest as Polterghoul
Frankie Stein as Voltageous
Torelei Stripe as…

This is a look at the  Monster High Cleo and the Oasis playset. On display at the Mattel toys booth during San Diego Comic-Con SDCC last July 2013. This playset will be in stores in Fall 2013. This Monster High playset comes with a Cleo de Nile doll, an oasis pool with palm trees, a cabana, a fire pit, and more.

This is the Monster High Color Me Creepy Design Chamber playset. It was on display during the San Diego Comic-Con SDCC last July 2013. This playset will be in stores in Auguest 2013. It is a continuation of the Create A Monster line. Accessory packs are also available.

Super Cute Create a Monster New Dolls at Target! Anyone else finding them? Pics **

So I found these for my little girl last night at Target and she loves them. Just wondering if anyone had seen the Design Chamber yet or other dolls? Thanks!! 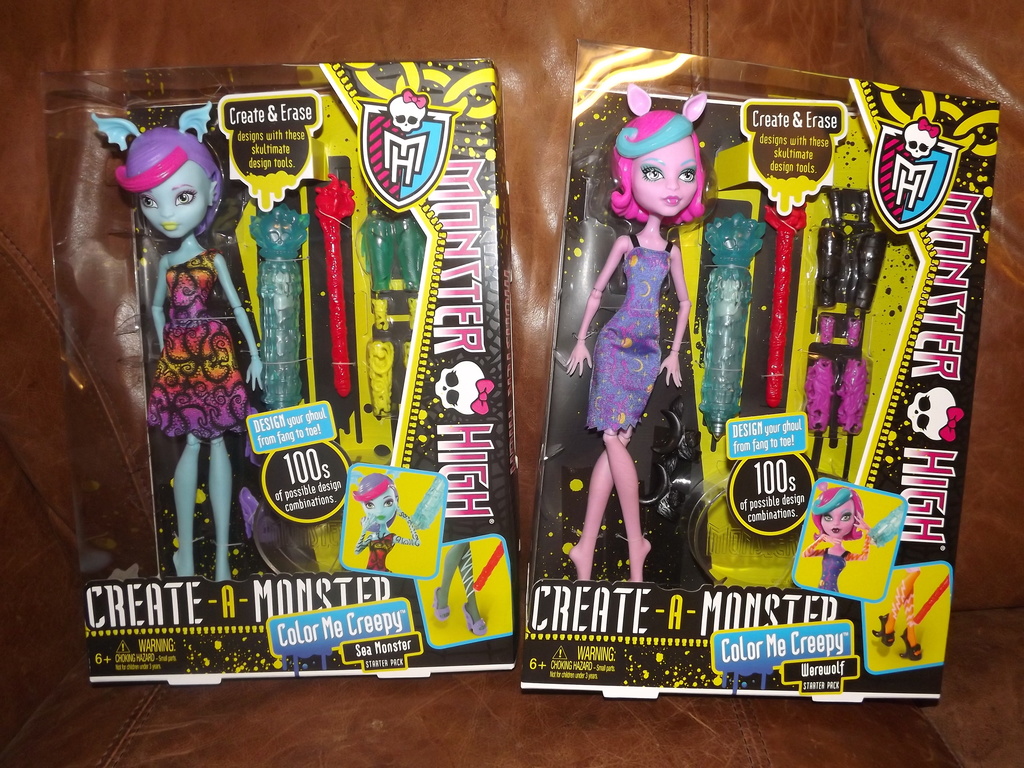 Today, I had the idea that I would make a Monster High Smurf doll, using Holt Hyde. He turned out alright. I made him a white hat and then I`ll make pants. The new Smurf still needs a name though. Please give me some ideas to consider using. Thanks for reading! :)