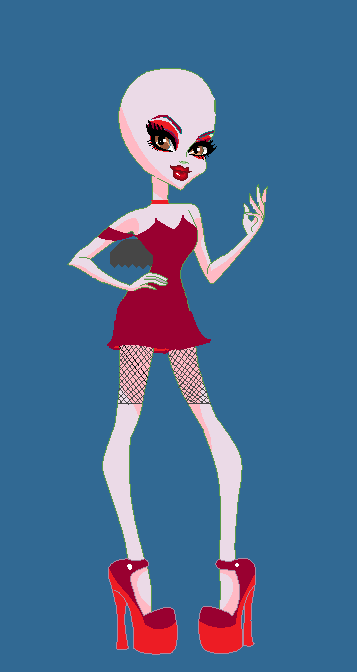 HAPPY 4TH OF JULY !  I HOPE U LIKE MY COMMENT TOO OR WHATEVER KNOW THAT I WILL SHOW PICTURE IN FIREWORK . BUT SO PRETTY

Name: Marsha Swamp (I have desided that I will be using her more often)

Killer Style: I have long, straight, light redish greenish, hair that drops to one yard. I have seaweed haid extensions, some beaded in my hair, some not. I have light mint skin (lighter than Frankie's) and features like my great cousin Lagoona. My clothes include a seaweed/algae short scarf, golden bangles, and a short skirt made out of…

I am having some problems with making OC's. A lot of people think of really good ideas. There is like no more ideas! There are so little monsters! I already have Clownaline and Demi. I was on this site for only a month now. And I was wondering if you can help me with ideas. I don't watch horror movies so I don't get good ideas from that. It is difficult if they are a lot of people are on this site with oc's, and it is possible to be yelled at for using their idea. Like I have heard I have…

So I'm chomping at the bit today.  My bday is the 7th but I have always had a party/get together on the fourth since it is so close and everyone is always off and today is no different, save one thing; I have to work till 7pm.  So I don't get to go home till this evening and everyone will already be at my house (we live on a bluff and everyone comes over to watch the fireworks over the river) and I know my hubby has me some new MH dolls.  I know he has me at least another DT doll and he keeps… Continue

Hey guys doing request if u want ur oc drawn ask me if i have no more request by July 22nd im not doing any more so leave comments on my page or on my e-mail so peace out n stay cool.(i always do)

Man Down! A Mini Movie!!

Based On A True Story

This Happened To Me Today So I Wanted to write the story based about it, thanks!

Bobbi Yaga, a new student from Russia, strolled in to Merston High. Bobbi could see the bright halls, and it hurt her eyes. It was so bright, that if the light were to turn off, then back on in tw…

Bobbi Yaga, a new student from Russia, strolled in to Merston High. Bobbi could see the bright halls, and it hurt her eyes. It was so bright, that if the light were to turn off, then back on in two seconds, many children would be down on the ground, having a seizure.

She walked to her new locker, and sighed. This was the time to reset things, and to hide herself as a fellow RAD. But, would her grandmother, Baba Yaga, really be a monster? It just didn't seem right, it just…

Based On A True Story

Hey do you know this guy?

I bumped into Holt when I was mindlessly was wondering around the halls leaning against my locker. "Hey, Mels." I looked up at him, apparently I looked worried. "Mels, you okay? Your harshing my vibe." "Yeah, it's just" I stopped and looked down, then back at him, and besides he knew everybody at MH so i'm sure he knew the mystery guy. "No, actually.....i'm not." "Well, then whats up?"  I sighed and thought for a second. Holt was one of my best friends and he was one of my friends that I could… Continue

Ok So I Go To Wiki To See If Any Thing New Is Happing And Well Look At These New Characters My Older Sister Thinks There Fake Do You Guys Think Some One Hacked Wiki? 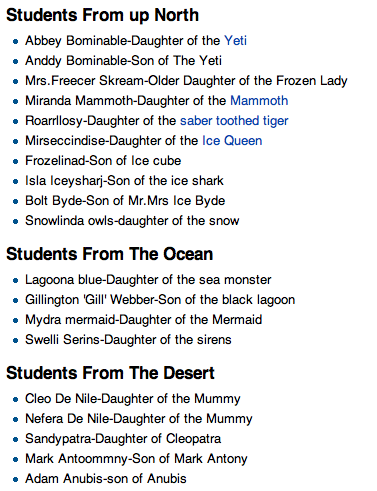 Hi from the Newbie...

New to the MH blog, but not the dolls. Owning 16 thus far, I am slightly obsessed; including

All 5 of Gloom Beach.

Most exciting news... I have Spectra!! On sale at K-Mart and Big…

guess what i got at toysrus today 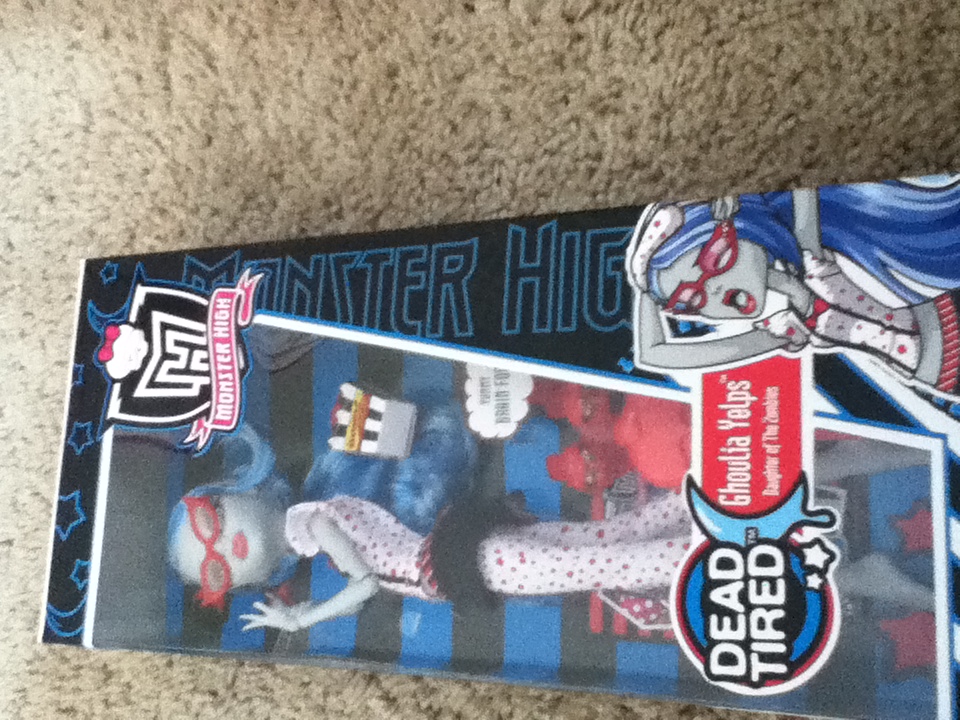 front of the front of box 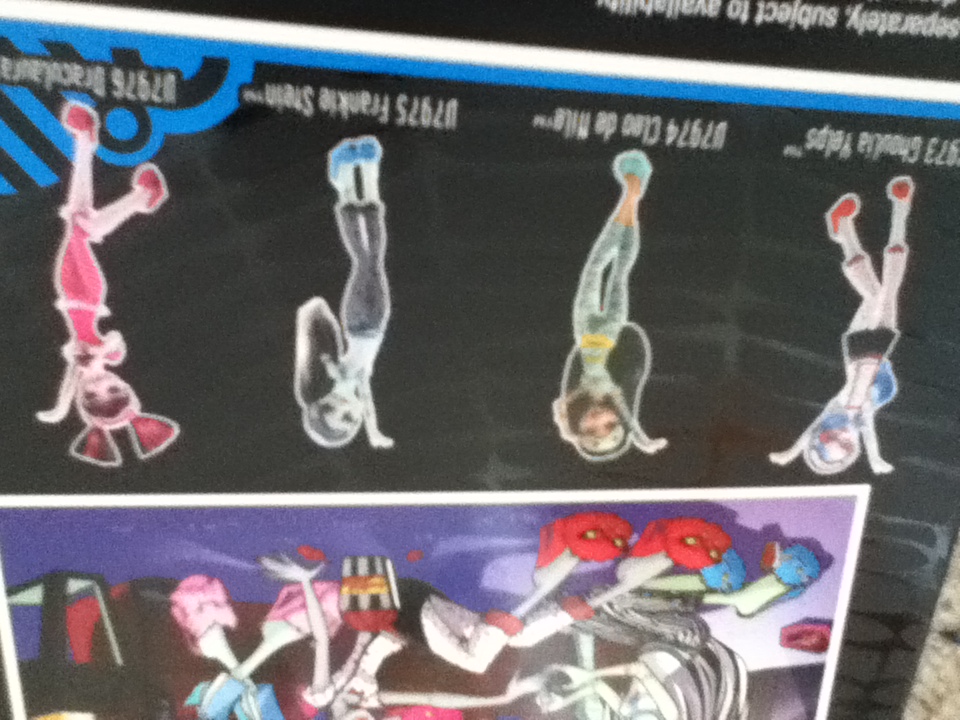 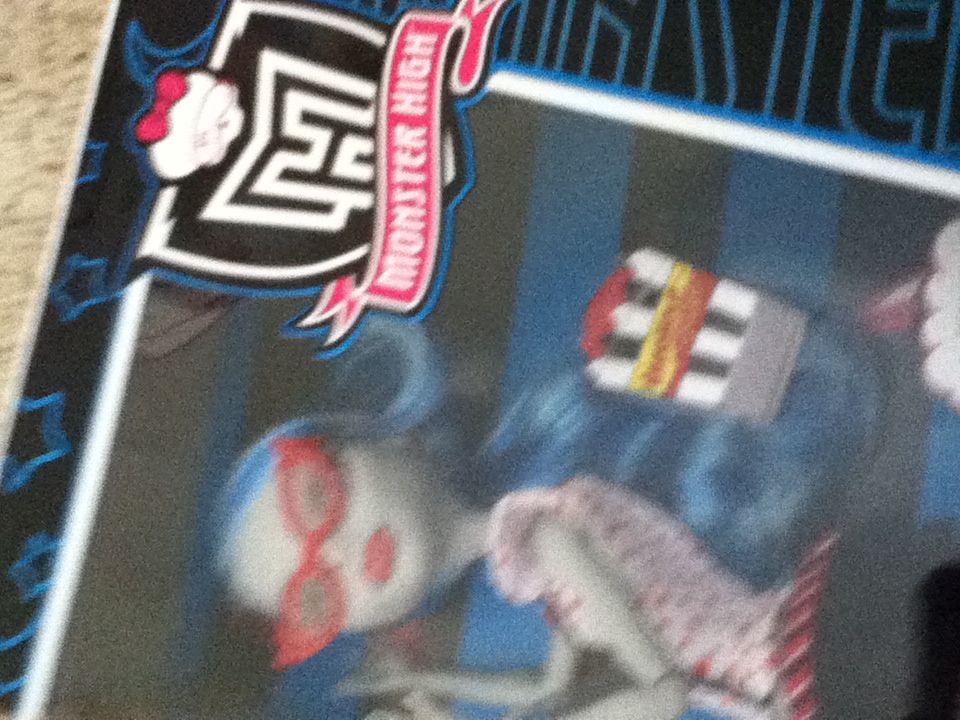 close up to the front of the box…