Monster Parent: The Grim Reaper (He has many names btw.)

Killer Style: At first she wears her old private school uniform from her previous school… Hey guys!! I love this page so much and decided to have a character dedicated. I had created my own personal character that I am surprised it has not been done yet, but really hope that it does. I love it, and hope you will too. tell me what you think. oh, and try not to take it. igora's my idea.… Continue

How old is too old to play with Monster high dolls?

Ok, so I am in my tweens and don't know when is the age to stop buying them, and playing with them, and collecting them?

So I know that there is a difference between collecting and playing with them, But I do admit sometimes I switch thier clothes around.I just wanted to hear you'r opinions of if you think this is ok or weird.

Please comment because I'm about to go nuts about this! I just don't want to get teased about having dolls.

Hey! Did you guys here about the new Monster High Costumes? They are Lagoona Blue and Cleo De Nile!! Please comment and tell me which one your most excited for!! I'm going as Lagoona Blue!!                      -Luv Katniss Clawdeen Wolf, The Party ever Dies

I Finaly got round to it and the premier for the 7 minuete-music video is premiering tonight!!!!!!!!! We have news that it contains Frankie having a baby Jackson??!!!! Well, all will be revealed in Monster High - Born This Way, or, as i say, MHBTW. Now, Have a good day, and hopefully you will realize that we are all special in a way, some of us are weird to some people or funny to others, but just remember, we are ALL special, now, have a nice day and watch the premier of Monster High - Born…

So, I didn't get my B&W Farnkie Sat, and I forgot that yesterday was a holiday....  :(    so fingers crossed that today it finally makes it.  Also hoping that my Draculaura and Frankie hand replacements come in today since my kitten chewed them off the other day.

I have two custom characters!

Treesa Leafknot and Drageena FireFlame! check them both out! they both are awsome!

Is your OC looking for a fun, active sport that boost both speed and endurance? Why not sign up for the track team? We have lots of open spaces, and fun sports like long jump, running races, hurdles, high jump and much much more!

If you are looking for dead tired dolls before they come out, Ebay is the place to go. They have a selection of

And as most of you know they have the Gholia dead fast dolls.

So hurry and get them before someone else does because they are buy it nows!

The prices for the dead tired dolls except Lagoona and her hydration staition is:38.99

They Lagoona dead tired ranges from…

i actualy have 2 questions. So, my frankie DOTD has different hands than all the other MH dolls. You know how you can pull out their hand and its just a stick shaped thing that helps it snap back in? Well my frankie DOTD has a ring shaped one and it doesn't move well at all. My second question was that on frankie originals diary, it repeats the same page. It also does that with my lagoona.My question: is it supposed to be like that?

Daughter of the Alien

Killer Style- I love to wear exotic clothing, sorta Harujuku style!! :) My skin marks on my face resemble Katy Perry in her music video for "E.T." Actually, she did take makeup advice from me, but I guess that she didn't know that my face marks wasn't  my makeup. :P

I just made a new bio!! I will show you below what she is like but no pic because i don't know how to draw pics on her so here is what she's like:

Favorite food: Anything sour or sweet or spicy.

Style: A short purple tank top like goulia's and a blue under shirt and a short sparkly black…

Yay, so stoked I finally got a B&W Frankie, she should be arriving in the mail today.  Can't wait to get off work and see her  :)

Okay, so I get very bored at times. And, I took my dolls outside. Both Cleo De Nile and Draculaura. I didn't have many Cleo pictures though. I made sure that nobody was watching me pose them! I hope it didn't look like I was playing with the dolls! 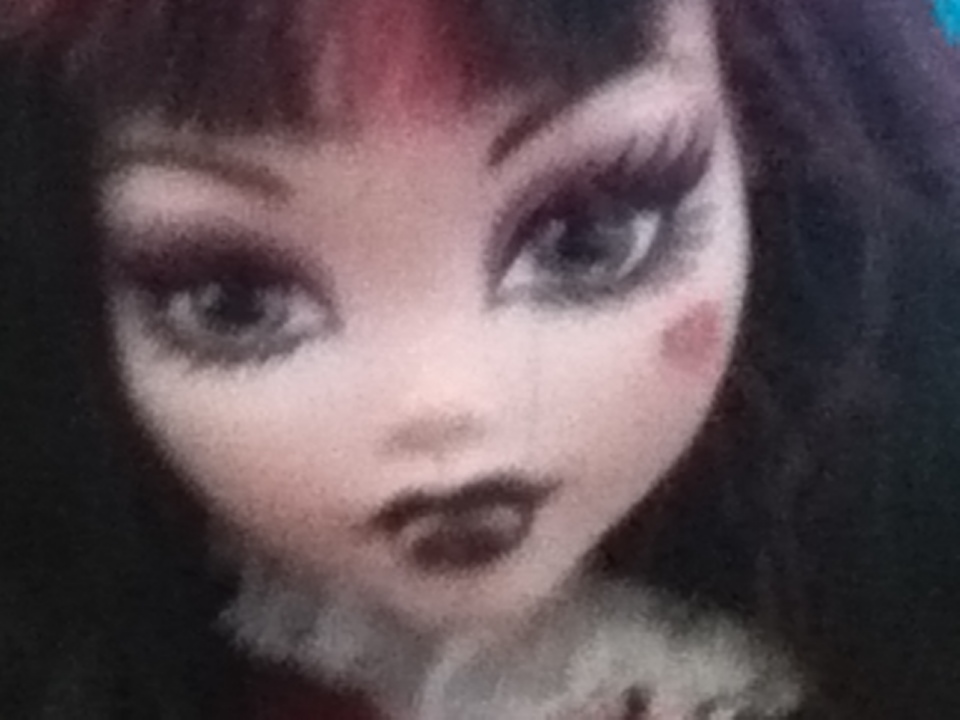 Sorry, it's so pixelated! I guess that's what happens when you blow up the picture. This picture was actually taken…

Okay, so Easter was A LONG time ago. But, I just found this picture on my computer: 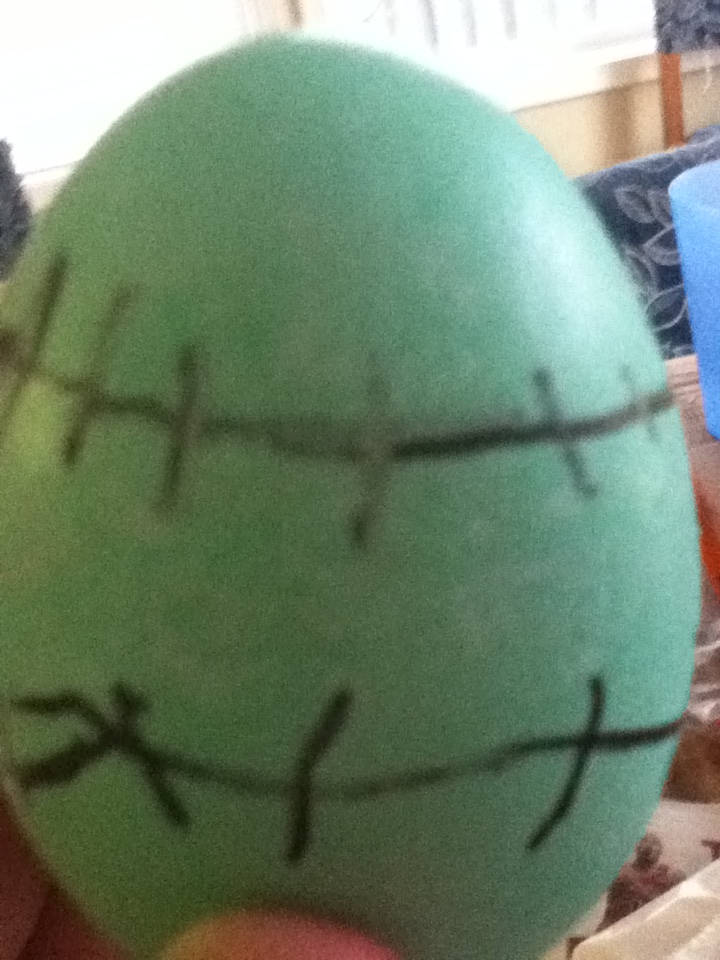 Franken-Egg! I made this during Easter, not the best egg out there. I dyed it mint and then used Sharpie for the stitches!

Ok Some One Thinks I'm Taking Pics From Lovely Cat 28