Look  At These Photos!… 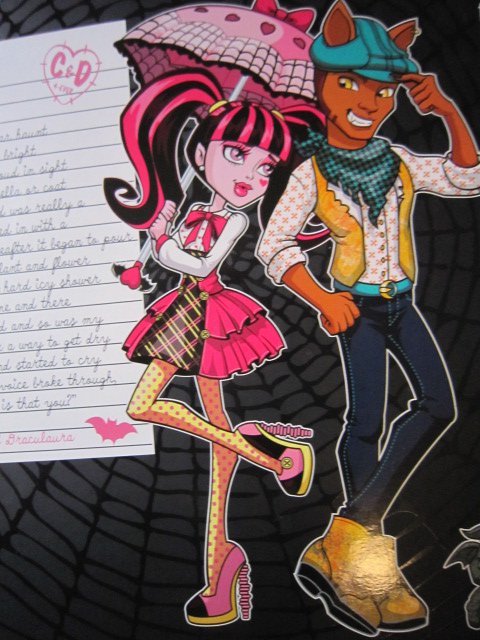 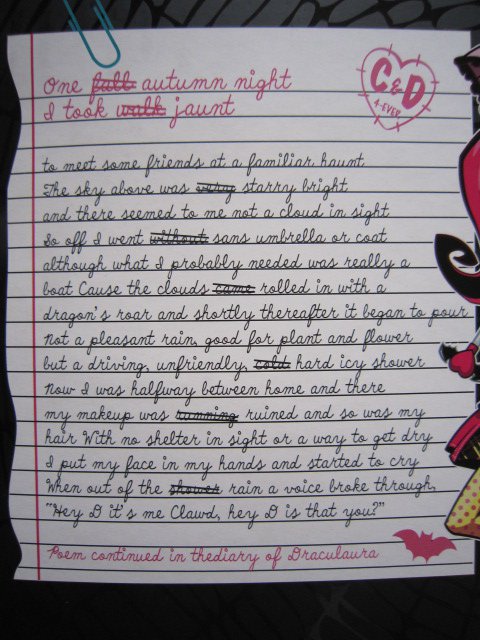 Hoping to make a custom...

Hoping to make a custom soon. I hope someone will be able to help. It's hard to start when I'm not even sure who to start with!

OMgsh!!!!!! can you believeee this???? I SOOO wanaa go to comicon this year now.

does anyone have any idea when Draculaura dawn of the dance is coming out? 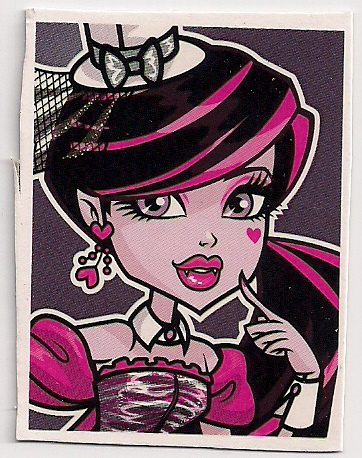 2.Insert The File Onto Microsoft PowerPoint

3.Select Picture Tools At The Top Of The Screen

4.Crop It So You Have The Profile Image YOU Want.

Oh And Please Notify Me… 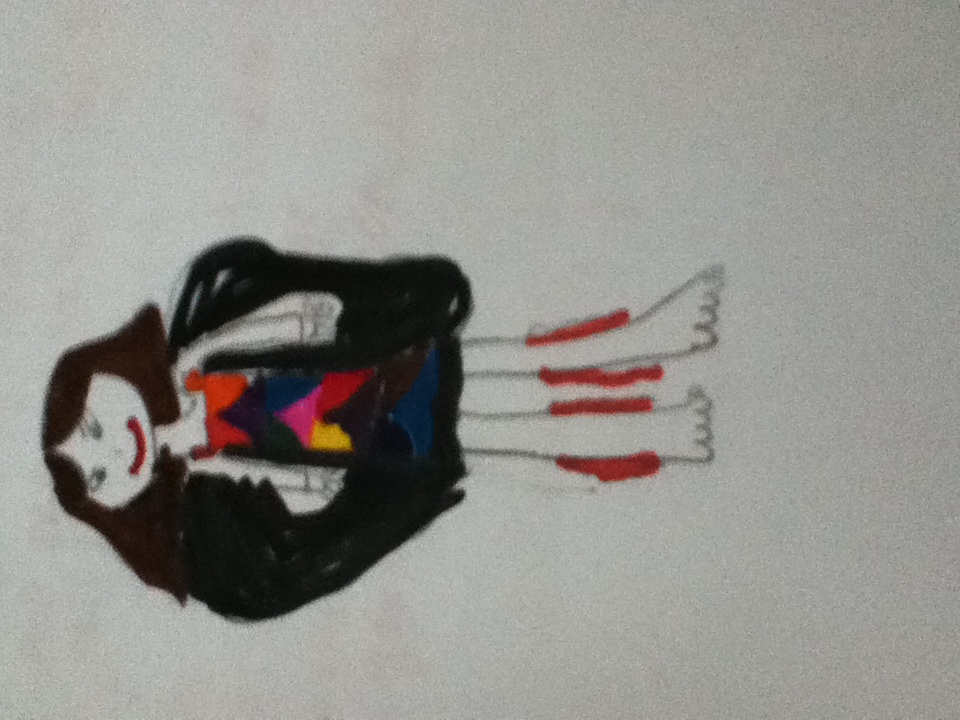 Biggest pet peeve-When my legs turn into a tail

No New Webisode This Week But A Suprise Next Week

I was checking the MH facebook page for pictures and they had made a post that said something along the lines of:  Sorry for the inconvinience, but Zombies stole our webisode this week.  Stay tuned for a special suprise next week.  Could this mean anything?  I have my guesses.  The first guess it maybe they are starting to do longer webisodes and it is taking longer for them to get them set up.  Second guess is maybe, just maybe the dolls are coming out next week.  Third guess is they might… Continue 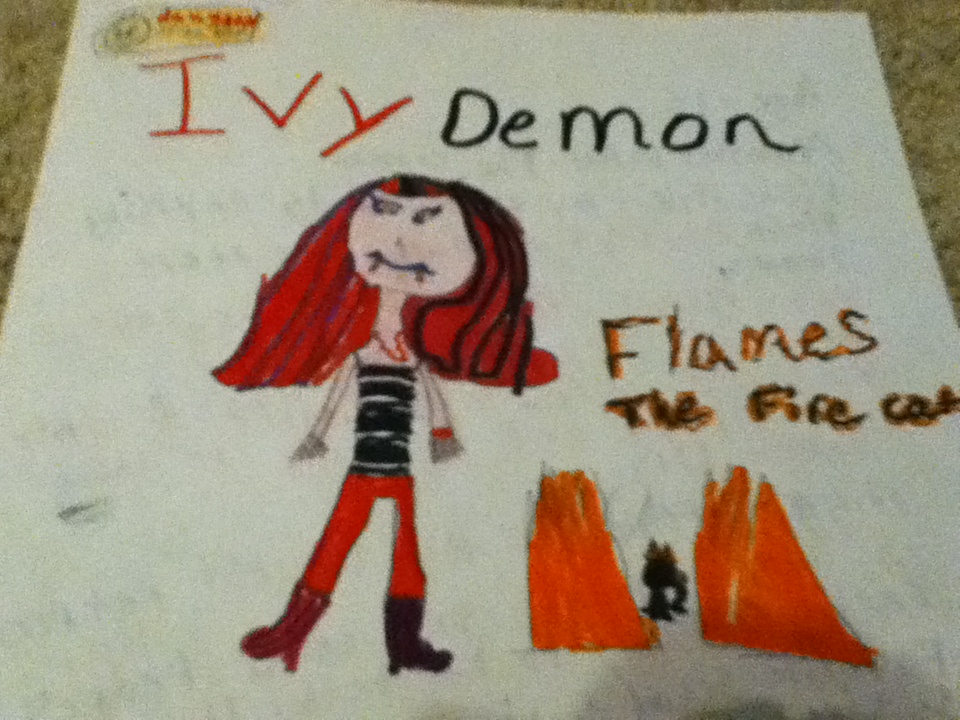 here is her bio-

Biggest Pet Peeve-When i cry flames come out my eyes.

Favorite School Subject- is art because i love making earrings and…

Click The Links. Judas Premiered Last Thursday And The Episode 1 Is Kinda Odd Cos It Isn't Really Reality. But Episode 2 & 3 IS. :D

Hey guys! Me again. While shopping for shoes to match my prom dress, I came across some shoes in the clearance section at DSW shoe warehouse. They're not clearance in all places. They reminded me of the color scheme of Frankie Stein, so I'll post a link. http://www.dsw.com/shoe/madden+girl+karlla+polka+dot+pump?prodId=dsw12prod3100001&category=cat20006

Hey, everyone. This is Devin Emily, writing to you just after I got home from home improvement at my Dad's. Most interesting part of day: I was trying to replace the socket on an outlet and I …

Hey, everyone. This is Devin Emily, writing to you just after I got home from home improvement at my Dad's. Most interesting part of day: I was trying to replace the socket on an outlet and I was trying to force the screw and socket into proper place on the wall, when my finger slipped and swiped across the edge. I now have a one-inch cut across my index finger, with a faerie band-aid and neosporin on it. I'm unhappy, because tomorrow night is prom, and now I have to go looking…

1.Do u have bieber fever

Peace and hair greece,Abbey Bominable or however u spell it $

Hiya! I Have Some Good Quality RARE Profile Pic's For Ya'! Right Click, Save Image As And Set It As Ya' Picture!…

Hi, everybody. I just wrote this whole awful thing about who and what I am, but I previewed it and didn't know how to post, so I backspaced. It deleted my whole post! Here it is in short, real life s…

Hi, everybody. I just wrote this whole awful thing about who and what I am, but I previewed it and didn't know how to post, so I backspaced. It deleted my whole post! Here it is in short, real life story, nonfiction:

My name is Devin Emily, also known as Devin Gayle. I am daughter of a non-mortal woman who we don't have much info about. She abandoned me as a child. We think that she was a faerie or water deity, but can't be positive. There is no record or data of anyone by…

On the last Monster High webisodes the mh fearleading squad won the Spirit staff. But thats not all thats been happening ....Gill wont talk to Lagoona because Lagoona is from salt water and he is from fresh water. Gill is only doing this because of his parents.Poor lagoona it is breaking her heart.That is not the only trouble for romance. What is going on between Draculaura and Clawd? It says on one of the latest episodes that Draculaura is getting aletter from Clawd.But she may never… Continue

Im alive and well. I dont have much internet access. I made a video of all the new Monster High dolls coming out. Hopefully you'll watch it and let me know what you think. As it my 1st video I have made.

Last time I was on there I mentioned our collection. Which is obviously has grown. Oddly enough the obly dolls were missing are all the Cleo's lol (and Duce)

Were saving our pennies for all the new ones coming out. Well take care.

ok so today i walmart i could not decide cause they had bratz for 10 dollars they had barbie fashionistas for 11 dollars and monster high for 12 dollars so instead of getting a barbie or rita i got gloom beach cleo! she is a beauty im suprised her and clawdeen are getting along maybe because they know i can pick them up or embarass them (or how ever you spell it) so yeah but there is two problem'sone her hand's are to small maybe because she has to hold her fan and two there is some green lip… Continue