Stuff to do after work- Picking up a lot of dolls for the wookies, founda another DT Draculaura wave 1 cheap :D.

My hair is coming and I will begin reroot :D 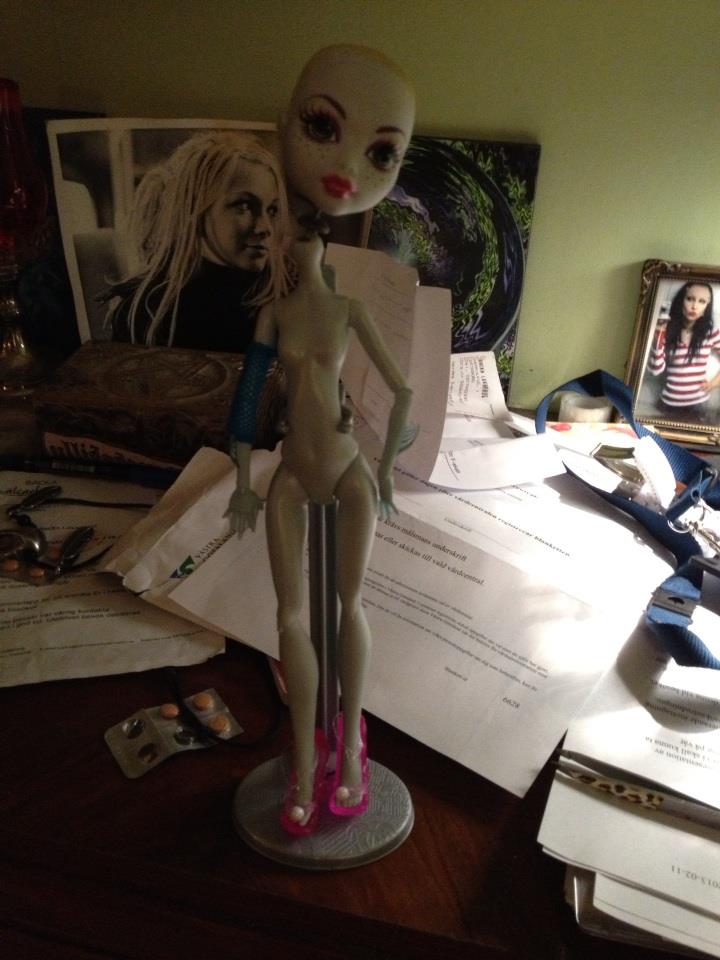 I hope the day goes fast! Have tomorrow off :D

Went to my post office to pick something up and guess... the lady had 6 dolls for me :S A little bit akwardly I carried them home haha :D

It was the one Catrine I won , DTG 3 pack, a DC Operetta and PD Draculaura.... I have made up my mind.. only collect the older dolls and only buying the new characters. Or if there is an outstanding special release doll or something. Always buying 2 of them. 1 to open, 1 to keep in boxed. Just ordered a Cupid and another schools out Frankie.. (love…

Don`t fancy her DT outfit so I made this.. 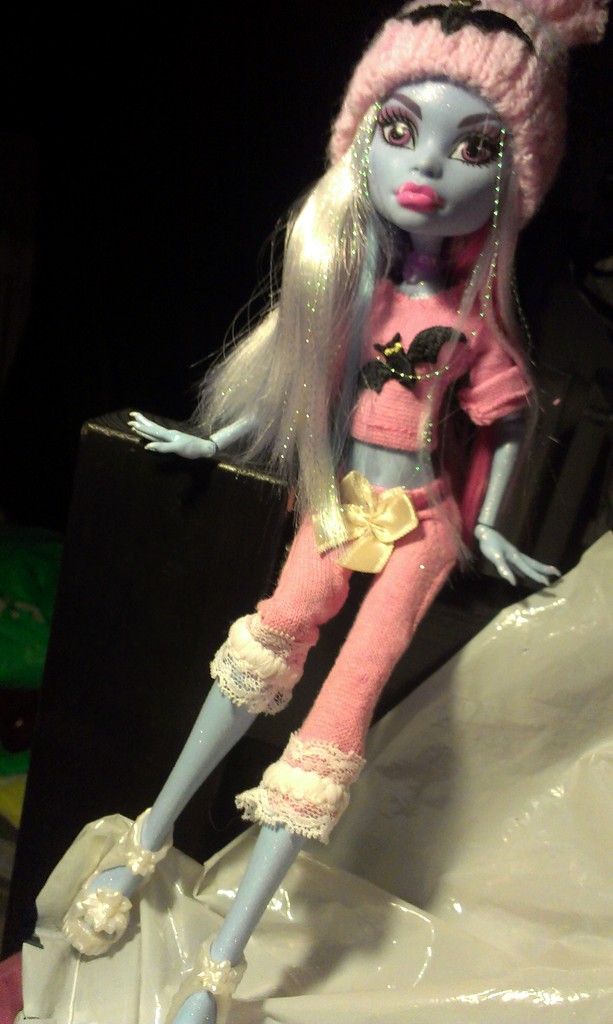 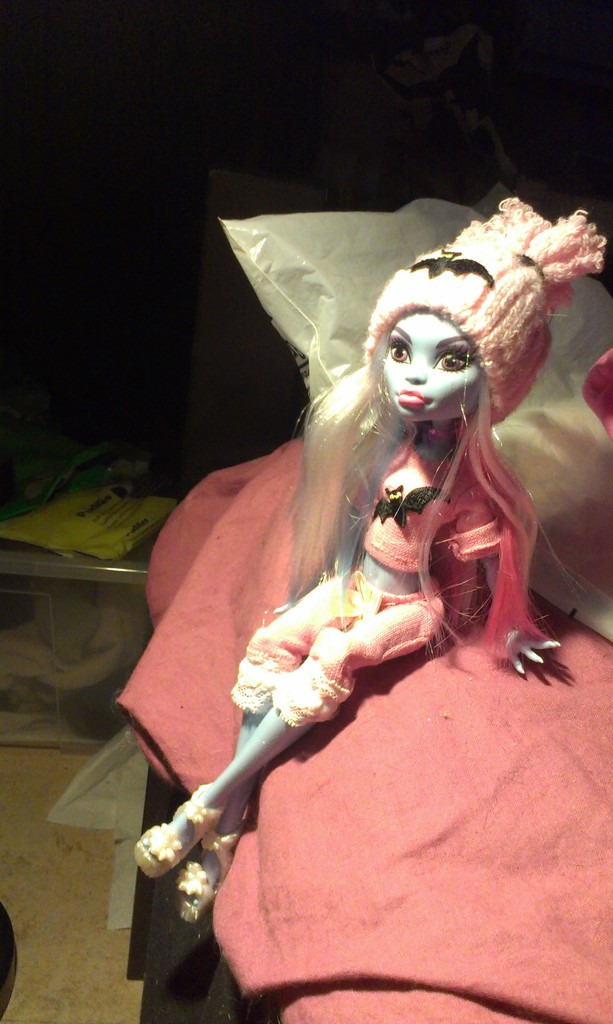 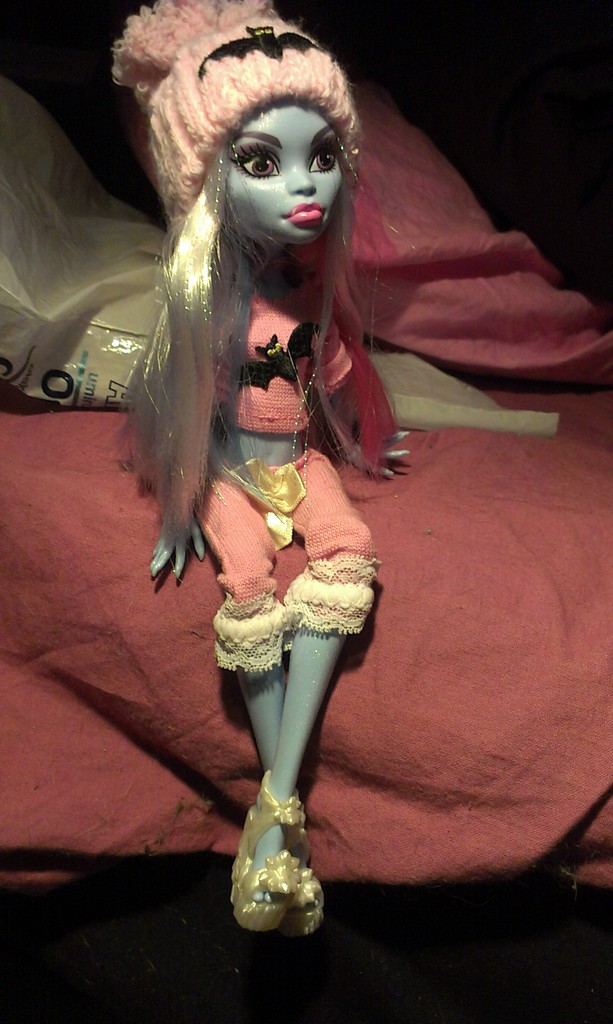 Okay, I know I am a bit late in posting this but here it goes. What I have gotten done so far is the top hat for the good witch, the pill box hat for the flying monkey, and the heel bases for all of the shoes. I am still working on the jacket for the monkey ( the embroidery is a bit more involved than I thought it would be, but definitely worth it) I have also gotten the wings dyed (but have not gotten them photographed yet).

I would have the shoes for the good witch done by now, but…

In the lovely spectras outfit ^^

Now time to sleep. Just 2 more pic. NOt done with the twins hair yet ^^. Or clothes… 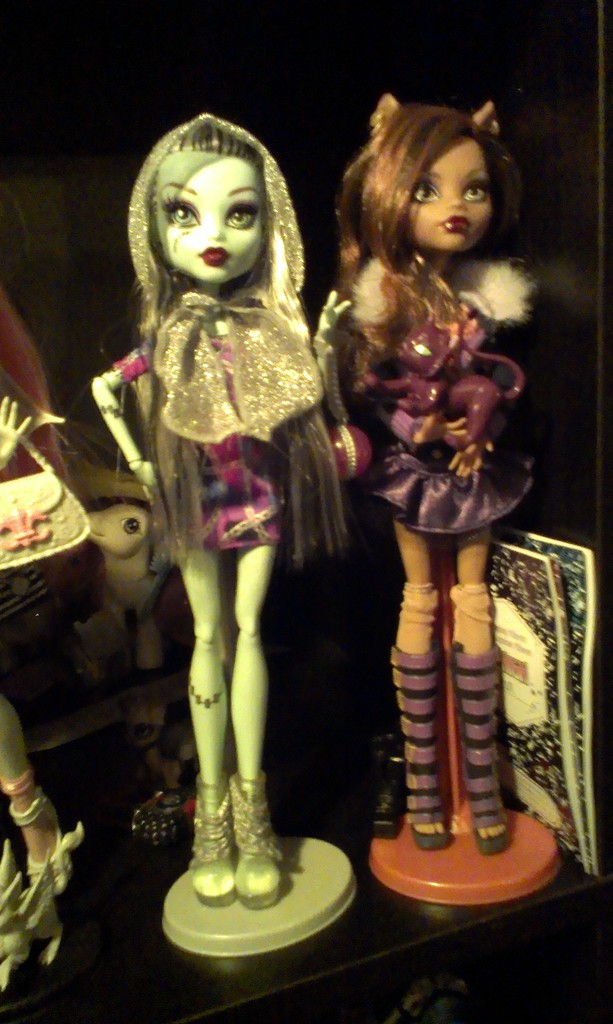 Were so full of plans when I got home from work and picked up a basic Frankie. I should be going home sewing MH stuff but then the air went out and I`m just sitting here.... staring at my screen petting my cats. I`l posted some MH stuff, got another basic Rochelle to display and make clothes for. Wotked 9 hours. Googled a lot of MH stuff. Nothing special. Looking forward to tonight when my partner will bring these! 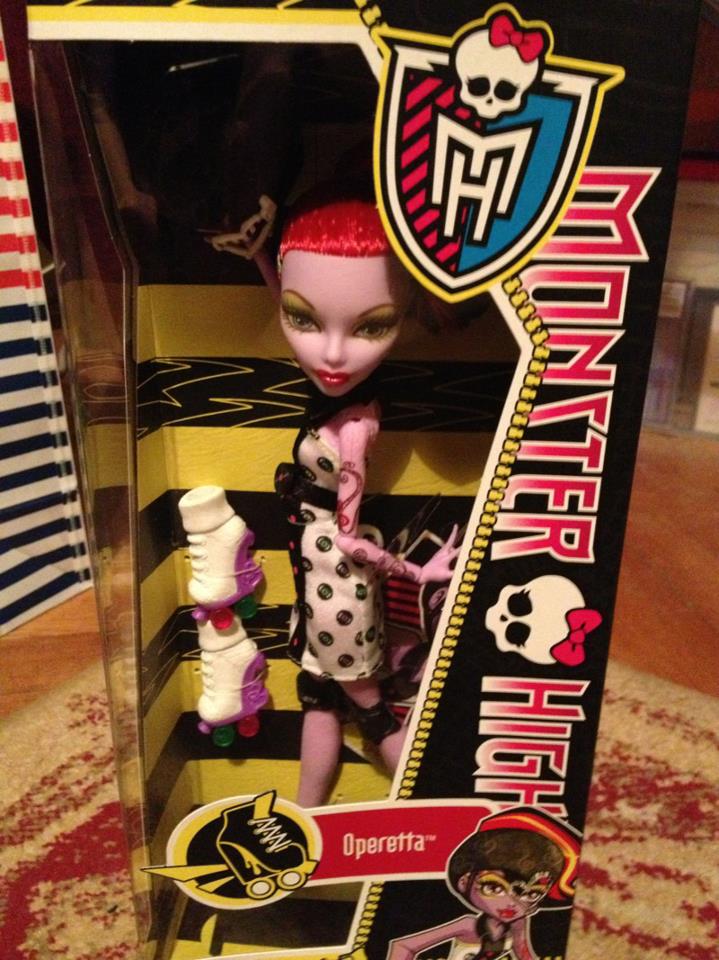 Putting Howleen with long pink hair in Cleos fashion, fits perfectly but not the shoes,good to know^^. A Spectra pack waiting to be shipped to Pam Eargle YAY. Natasa ison a tripto balkan and buyingDT wave 1 dolls for me yay^^ 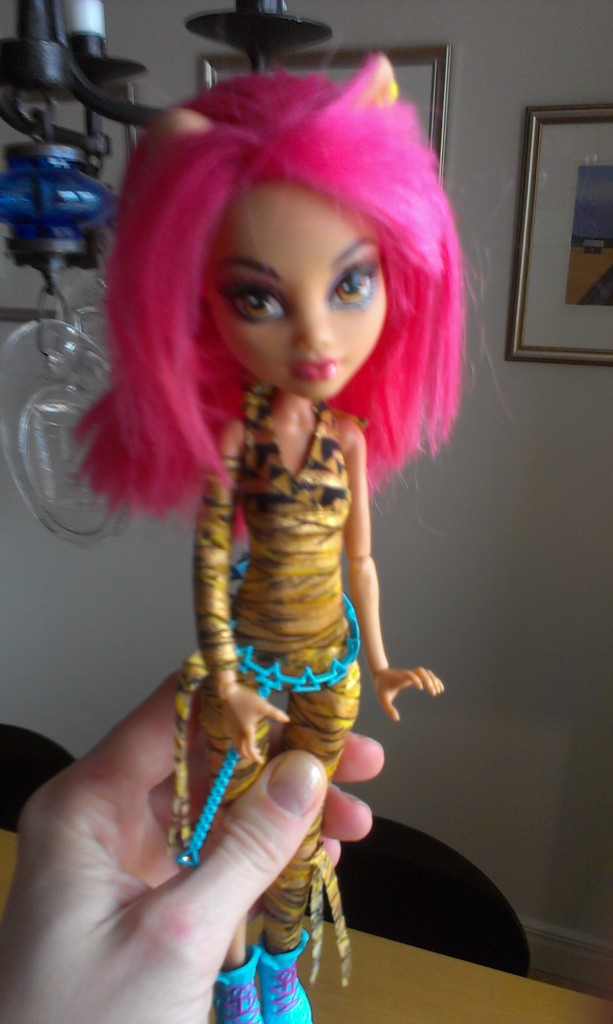 TheToySpy manages to get some video of the 13 Wishes Monster High dolls from Mattel.

Recently I was contacted to create some Monster High Dolls as the characters from the Wizard Of Oz. Don't get me wrong, I love doing dolls mods (it is one of the things that has kept me sane when my school work threatened to overwhelm me). But doing exact copies of of the costumes of such a famous movie scares me a bit. I mean, Tonner did and absolutly wonderful job of it, and has even done some really cool looking variations and interpritations of the characters. I have even seen the Holt…

From the Mattel toys property "Monster High", this is a look at the wide range of Monster High accessories being offered in Europe.

Monster High mini figures seen during the Nuremberg Toy Fair January 2013. These Monster High toys are by Comansi for release in Spain.

From the Mattel toys property "Monster High", these are plush toys by Gipsy.  They are available in stores in Europe, and online at their website at: