As the play opened, it had the prolouge reader telling each person of the audience what was going to happen. "Both households, alike in dignity..." She started, and after the introduction, the play had ran smoothly as if there was never an understudy playing the original part. Melody had remembered each of her lines, and acted as if she were a professional. Oddly enough Cleo De Nile played her mother, so the extra drama had flowed…

Spectra, Abbey, frankie, Haylee, cleo, clawdeen, and draculaura were hanging out in the cafeteria.

hi i want to make a custom clawdeen but dont know  how much they cost. do you guys know?

do you know I have the prinesable

"Ghouliet! Why leave thy fellow alone? Where is the crimson on your lips or cheeks? I must end thy life to be with you, my one true love!" "Alright, cut!" Mr. Were said in the middle of the performance getting up from his leather seat holding up his clipboard. As Kyle got up from his knees, wearing a Guns & Roses tee and faded jeans with converse, holding up his fake vial of posion, he asked "Whats up Mr. Were?" "Melody,…

Today I was in target and I went to the mh section and all they had was (the new) SO cleo. and i looked at the other brand tags (the yellow price tags under the items) and theyre were 2 new ones. one of them said " MH Night Out" and one said "MH BAM" and no it wasnt CAM it was BAM i checked but that one could have been a simple mistake by the makers of it. Could it be a new line? cause ive ALWAYS wanted a mh night out line

Designs that come from the Mattel toys property "Monster High", these are charm bracelets, necklaces, handbags, watches, and more by Little Concepts of Europe.

sorry for that bad word ghouls.it was my big brother!!!sorry!dont suspend me from the chat

Books are the best thing since sliced bread in my opinion. They take you places that you can only dream about or think about. There are books even on history. I'm reading a book called The Tin Ticket. It's about convict women of Australia. I have also read books about Native Americans and Pirates. I have books about historical romances and books that young adults read. Books for me are an addiction. I can't walk into a book store or library without looking, checking one out, or buying one.…

Hey Guys and GHouls! don't you know that Monster High (cartoon) has a new TV special? watch the mini-trailer on monsterhigh.com! and check out the new cartoon of mh! Who will Draculaura Pick? .. Stay Tuned!

Hey! Courtney Here or monsterghoul013! Please stay tuned on my page to have monster high updates! will be more updated soon! :)

did anyone notice toralei in the backround?? I just saw her a second ago..... 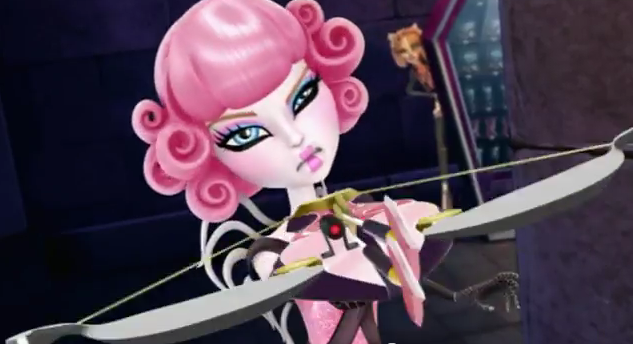 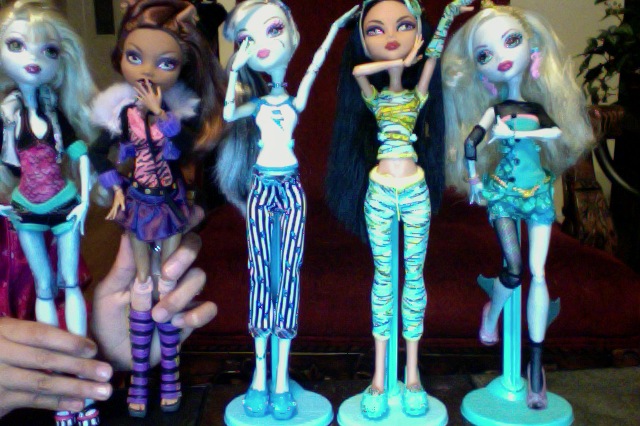