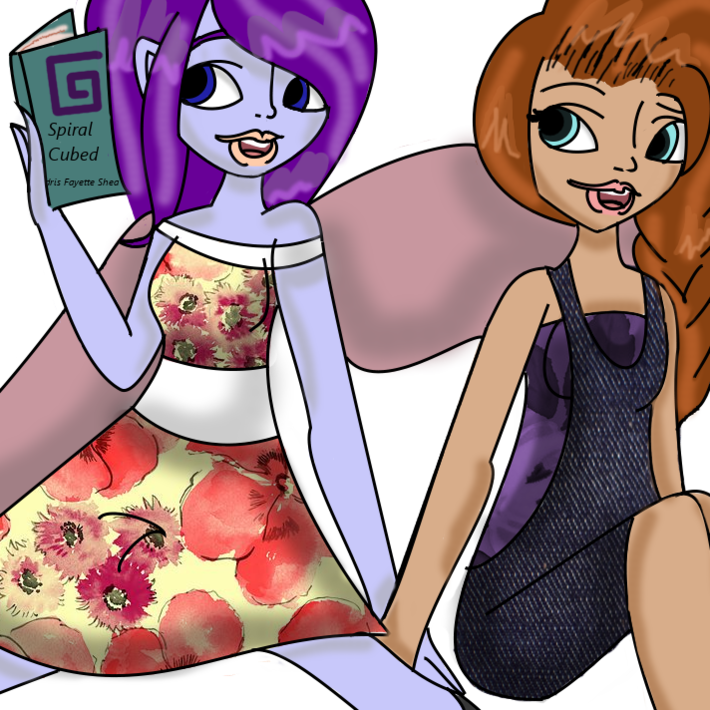 Five Questions for You! (well, your OC)

The Hunger Games (open, must be accepted first, part-crack)

Lord of the Rings - With MH OCs

DeLoreans and YEY FOR FEY (One on one roleplay with the Captain!)

If you wish to make an apple pie from scratch, you must first invent the universe. ~ Carl Sagan

I didn't lose my mind; I sold it on eBay

All Hail Overlady Zena!
Hello, I am iEatIdiots, please call me Zena! or poopface
I guess I live in Middle Earth (literally, I'm from New Zealand, dude). I'm obsessed with toilet humour, physics, cake, maths puns and reading fanfiction.
I would usually consider myself awesome, I guess.

The first sine of madness is trigonometry puns, 'cos they make you go in tangents.

------
An entirely honest but totally not modest (because honesty > modesty) about me
• I am generally regard myself as a tomboyish nerd.
• I like lists.
• I am part of a goolgolplex amount of fandoms and I am proud of my fandom obsession.
• Alternative rock is my favourite music genre, because it... rocks? My list of favourite bands and artists go on forever.
• PHYSICS IS AMAZING *flails*
• I draw and write a lot, and I love reading and looking at other's writings and drawings.
• I hate Thomas Edison because he was a moron who was mean to Nikola Tesla.
• I use Sparknotes to study, and get distracted by the dating advice.
• I'm a socially-awkward extrovert, which means I avoid social interaction at first, but love it once I'm in the spirit, and I get really awkward when I make a mistake in front of lots of people.
• LLAMAS
• I had a bunch of awesome, science pictures on here, but now I only have one.
----
The Best of the Fourth Wall Quotes
------
My, uh, profile?

Monster Parent: Homo sapiens
Killer Style: Casual. I like jeans. And hoodies. I don't like skirts or dresses. They feel weird.
Freaky Flaw: I'm immature, I procrastinate a lot and I think I have a sense of humour when I really done. That is all.
Pet: I  have a MacBook Pro and I named him something but I forgot his name. Let's just call him poophead. Yeah. That's a good name.

Favorite Activity: I like eating food and I also like writing and reading fanfiction.
Biggest Pet Peeve: Incorrect grammar and Mary-Sues.
Favorite Color: Green (and magenta), but I'm good with any colour in the visible spectrum.
Favorite Food: CAKE BACON CAKE BACON CAKE ASLDHKALKSD
BMFFs: Random crazy people on the net, and my pals at school.

~ Lola Pop, daughter of the Candyman

~ Garran Slytherclaw, son of the Bloody Baron and Grey Lady

link to all the bios!

My Ever After High OCs

~ Faustus Milldam, son of the protagonist of 'The Devil With Golden Hair' You can find me around the net at...

Which roleplays do you recommend?

Fell apart? Darn, I actually feel a little guilty for leaving! Oh well, I'm back now and busy on new outfits for my characters.

Certainly! It's very exciting to be able to comment again.

I'll do it later, I PROMISE.

I know, I caved in and came back. Anyways, hope we can talk often :)

ModDashner Hawke said…
http://img.photobucket.com/download-albums/v409/BDBastarde/DashnerFinal_zpscf8f3a7b.png~original
Here it is! :) I've fallen in love with it. Once I finish his bio I will post it on dA, the OC group, etc.
:)

ModDashner Hawke said…
It didn't eat your comment. I chose to approve my comments XD so I had five waiting from you.
I'm good. No new fandoms yet.
How about you?

Captain Maddy [The 13th Doctor] said…
Yay for a good life. Yissss, Game of Thrones. Also I approve of all new arts!

All we need now is science.

"You may be immortal, but you're only half-god,"

Dawn clenched her fist, frustrated. By the gods, why couldn't her mother just tell her, just the name, of her father?

She asked the question every morning, receiving the same answer. Why, just w–

An apple core fell on her…

Deer in the Headlights: Prologue

So it was just a typical day, hunting in the woods, until he saw her. With long brown hair the colour of milk chocolate tied into a simple ponytail, glowing with a somewhat silvery beauty, pale, long arms just like the moon, Orion had to blink twice until he could register the fact that he was just met by Artemis, Goddess of the Hunt and Countess of the Moon.