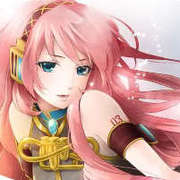 What Happened to Our Happy Ever After?((Semi-Open RP: Ask to Join!))

Our OCs fall in love all the time. Some of them crush, some are dating, and a few, I think, are married.
But this RP isn't about love working. It's about what happens when it fails.
Yes. You read that right.
The guys have had a curse placed on them by a very lonely sorceress name Jessenia.
What is the curse?
Well the curse will, quite frankly, kill him.
UNLESS...
He breaks the heart of the one he loves.
But only for a week.
For a week he must flirt with other girls, hate on the one he loves or crushed on. Crushes, boyfriends, and husbands alike.
But he can't tell a single female entity about the curse, or he'll struck dead((after being forced to kill the girl he loves.))
And at the end of the week, he can explain everything.
But...
Will he want his sweetheart back? Or will their time apart bring him closer to someone else?

Rules:
-You MUST ask to join. No matter how well I know you, you must ask.
-I can say no. Not that I'm likely to, but I can say no.
-I can also kick you from the RP. Reasons for kicking include:
-Inappropiate language
-Your OCs are acting inappropriately((I'll let you know how if they are))
-Your grammar is horrible
-You start god modding
I will give you one warning when you cross boundaries, okay? Okay!

I'll start when I deem there are enough people. I haven't entirely decided who I'll be yet. x3
Load Previous Replies