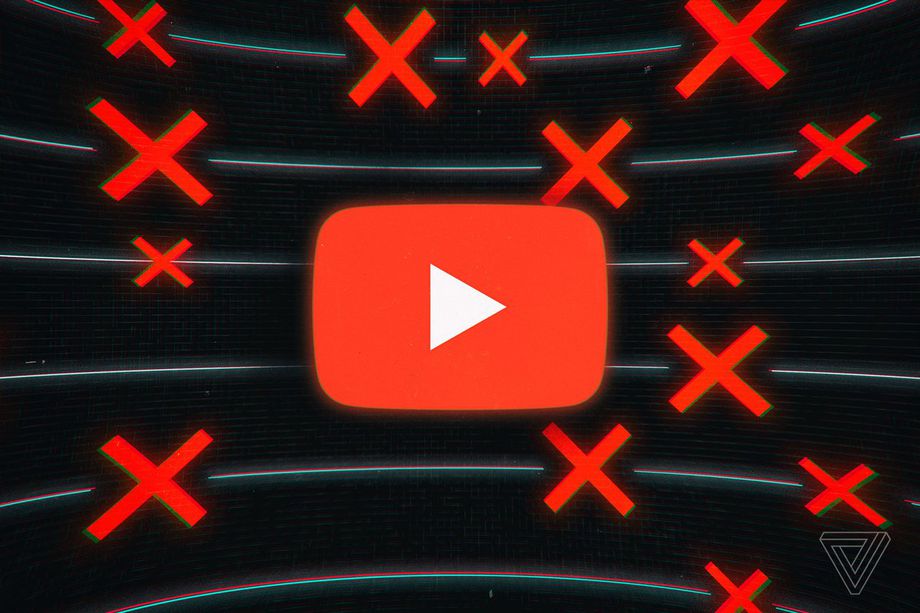 On Wednesday, the Federal Trade Commission fined YouTube $170 million for collecting data and targeting ads to..., an alleged violation of the Children’s Online Privacy Protection Act (COPPA). The fine is relatively small — roughly 1 percent of the service’s annual revenue — but it comes with strict conditions that could spell disaster for the thousands of creators who are making content for children. As part of the settlement, YouTube must stop collecting data on videos that are targeted toward children (defined by the FTC as anyone under the age of 12). YouTubers who create videos for children, like unboxing toys or nursery rhymes, must also clearly label their content as being intended for kids.

For anyone making those videos, the changes will be significant. Features like comments and notifications won’t be available on videos “that have an emphasis on kids characters, themes, toys, or games,” YouTube CEO Susan Wojcicki said in a blog post responding to the settlement. It’s also likely that these videos will not be able to run targeted ads, which could affect monetization.

Those two product features might not seem like a big deal to viewers, but they could be catastrophic for creators. If channels can’t send notifications for certain videos, fewer people will watch those videos within the first crucial hours. This could lead to YouTube recommending fewer videos from that creator because people are less engaged. If videos aren’t recommended as much, it means fewer views, which means less money.


But creators are coming to terms with exactly how hard it could be. Forrest, a gaming YouTuber with more than 750,000 subscribers who goes by “KreekCraft,” told The Verge that the changes are scary for him. Reading Wojcicki’s blog post only made him feel worse as he tried to figure out, like other YouTube creators, whether his content would be affected by the new system. Would Let’s Play series, tutorials, or even gameplay compilations be considered targeted at children? What’s the difference between family-friendly content and those targeted at kids? No one in the community knows the answers, but everyone is expecting an uphill battle on YouTube under the new system. A YouTube spokesperson pointed The Verge to Wojcicki’s blog when asked for further comment.

“It’s kind of like they’re killing video game content,” Forrest told The Verge. “The top three games on YouTube right now are Fortnite, Minecraft, and Roblox, which are generally non-violent and child-centric games, especially Roblox. Now, we can’t make videos on more mature video games because they’ll get demonetized, but if we make videos on child-friendly games, they’re also now going to get demonetized. What do we do?”

Forrest is just one of many creators who is already thinking about possibly switching focus over to YouTube competitors like Twitch or Mixer if YouTube’s product and policy shifts affect Minecraft and Roblox creators. For so many creators, “this is your job, and you got to keep doing it,” he said. That’s especially true “if YouTube doesn’t support you anymore.”

This isn’t the first time creators have been caught off-guard by a rule change, but it’s the first time that change has come so clearly from government rules rather than YouTube itself. Melissa Hunter, the CEO of Family Video Network, a company that works with family vloggers and family-friendly channels, said she worries about creators she works with who are now preparing for financial losses and possible career shifts. And she puts most of the blame on the FTC. “People who I deal with at YouTube feel horrible that the creators are the ones who are going to be hurt by this,” Hunter told The Verge. “The part that’s really frustrating to me is trying to apply a very outdated policy to a really unique and unexpected platform.”

“The landscape on YouTube is going to change dramatically, but that isn’t going to stop children from going to YouTube.”


Now, she argues, it’s families and the children who watch those videos who will suffer. “If people stop making content that’s intended for children, it’s because they’re not going to be able to support themselves and make money making that content,” Hunter said. “The landscape on YouTube is going to change dramatically, but that isn’t going to stop children from going to YouTube. So instead of being served content that is geared towards them, that is safe for them, that’s enriching for them, and that’s fun for them, they’re going to be watching what exactly?”

The irony is that many of the creators who will suffer the most got into family content because the system seemed to favor content that appealed to a younger audience. Creators were clamoring to make more family-friendly content. Family vloggers, like the Ace Family, saw a huge uptick in traffic and success for their family vlog series; creators like Jake Paul started working with kids to try and appeal to a younger audience; and, yes, more creators started playing games like Minecraft. These were the types of videos that YouTube could sell to advertisers — especially at a time when the platform was so tumultuous and overrun by controversies.

Creators are still trying to figure that out. They have until January when the changes will start to go into effect to prepare for the absolute worst, according to Hunter, and they’re hoping YouTube will be transparent with them about what’s going on. All of the creators The Verge spoke to said it feels eerily similar to some of the earliest “adpocalypses” — a term used within the community to refer to a giant wave of demonetization affecting different channels. Much of that fear comes from a history of YouTube not being direct and upfront with YouTubers about what they should expect and who will be affected, according to commentator and creator Een of the popular channel Nerd City.

“YouTube is always protecting itself with the lack of transparency, but it’s a terrible trade-off for the creator community.”


“There is a serious impact on the mental health of creators from a lack of transparency by YouTube,” Een told The Verge. “We work really hard on something, and we don’t know how it’s going to be treated by the algorithm or if it will be monetized and whether it’s going to pay the bills. It’s a core stress of worrying about whether what you’re doing is a complete waste of your time economically for that week. That makes people have emotional crises. YouTube is always protecting itself with the lack of transparency, but it’s a terrible trade-off for the creator community.”

Wojcicki promised in her blog that more information will be given to creators as the company gears up to launch its product changes and policy updates. YouTubers like Een, Forrest, and Hunter are hopeful that’s true, but that doesn’t change how scared many creators are right now about what the future holds. It’s not just YouTubers’ careers on the line, either.

“I don’t think it’ll just affect YouTube. It could affect the entire gaming industry,” Forrest said. “It’ll affect which games are popular. Imagine if Fortnite wasn’t monetizable on YouTube. Fortnite wouldn't be what it is. Ninja wouldn’t really be a thing. This could have major ramifications across the entire gaming industry and not just gaming creators on YouTube — but it’ll hurt us very much.”

I've decided to stay a kids channel considering with the new rules I kind of can't be a channel that's not for kids. I'll just have to keep my day job but if you'd like to support me please subscribe to kimber's dolly talk show I got tons of unboxing planned for next week. Lots of hot new dolls.

it's sad but I understand why they would do it, it's important to protect, but it's a shame hopefully some will keep making vids I think.

The demonetization is already impacting The Disney Channel's videos, etc. (I can't even comment on said vids! Rats!) YouTube is gonna become a boring place for everyone! What fun is it going to be to log onto YT when you can't even make innocent comments, like, "That's a really thoughtful song!", or whatever? Blah! Boo! I can't decide if this is an extreme agenda on the part of a social group, or if it's just a stupid PC move on the part of YT....for more successful revenues.

Whatever it is, it's gonna make it impossible for the public to show YT which videos are truly well-liked, and which ones are not necessarily so good. Likes on YT aren't everything that you need to know about when you run the site.

It's really awful. Most of the toy people I follow don't even have ads, but we still won't be able to comment! Have you considered doing videos on another platform or linking in the notes to somewhere else people can discuss?

That's a really good idea, except that that's still frustrating, because not everyone will want to bother having to discuss everything on a separate site. It'd have to be a site that nobody had to really have membership in, or a site that'd be really easy to join, 'cause not everyone is on Facebook, etc.

I mean, it's not any of our fault's, of course, and it's a good idea, but why can't YT just leave well enough alone? I mean, it's not as though the YT mods can't delete or edit posts that they find to be really offensive, or whatever.