My WHF wigs arrived today so i set to trying them out on some dolls.

But for those curious, here's a more in depth analysis of them as a viable option for those cam girls.

First off, these wigs don't have a peg so that gives them an advantage over the LIV wigs which you have to cut the peg out of (which is a bit difficult on the later, thicker, shorter pegged wigs. I hurt my hand trying it last time!), they also fit snugger to the head so unlike the Liv wigs, you don't get a bit of bubble head syndrome.

They come in lots of crazy bright colours which is perfect for MH, BUT you want the long styles, not the pigtails or ponytails as the wig cap itself sits high on the head (just like the MH wigs do, in fact, the wig cap looks to be the same size and depth) 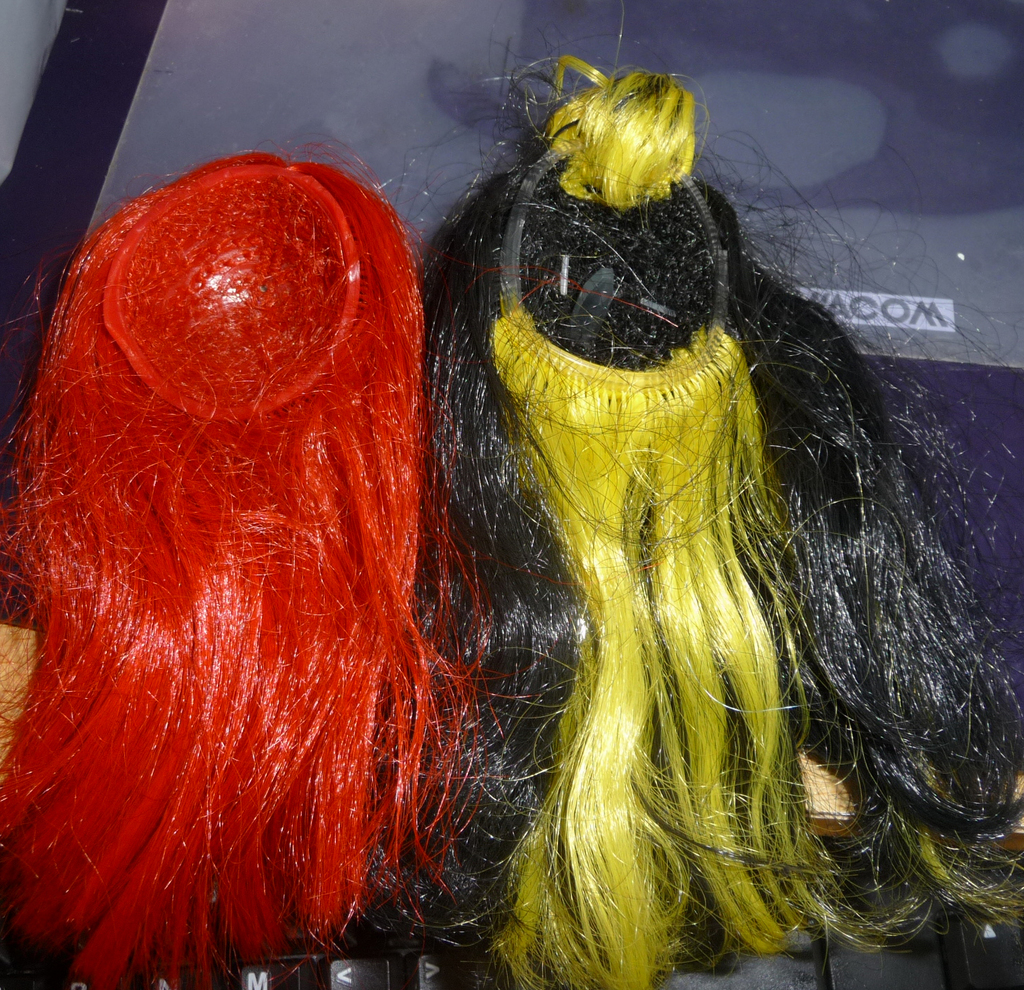 Here you can see a WHF wig next to the CAM bee wig. The WHF wig has a shaped cap which is also the same colour as the hair. This makes it less obvious when the wig is on, which is a nice touch. 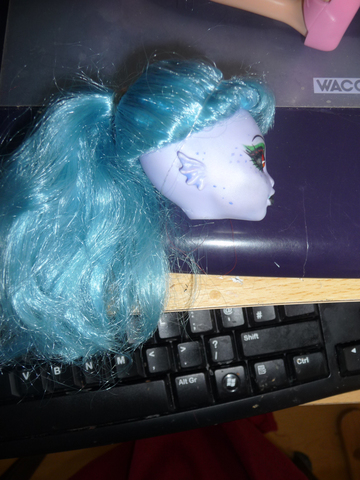 A ponytail wig reveals how shallow the wig cap is. A low tied pony might work, but this style really doesn't look too flattering. (Interestingly with this wig, the hair is rooted in reverse so it comes out inside the cap and tucks around the cap, hiding it completely. Random huh?

One thing to note. Because these wigs have no peg or any way to actually fix them to the head (They rely on a velcro patch on the top of the WHF doll's head) they will slip off very easily. Either some sort of adhesive inside the cap or an elastic band to hold them on should work. I use the band method, as you can see in the above image.

I loved these dolls when they first came out, but they didn't last long.  I was wondering if their stuff would fit.  Kudos to you for posting this for us!  : )

Cool info, thanks for sharing!

Where did you get the wigs from?? Online i imagine?

You can often find bundles of What's Her Face stuff on Ebay. I don't believe they were a hugely popular line but they did produce a fair few dolls and wigs.

Where did you get the wigs from?? Online i imagine?

Sorry to necro an old thread but I just got a pretty big WHF lot on eBay for about $12 that came with 5-6 wigs. I'm pretty excited about using them on all my CAMs and just wanted to say thanks for this post! I'm always on the lookout for things to use on my CAM sets and posts like these are awesome!

No worries werecat! hope you get some really good ones!