A trolled doll is a doll that was returned to the store in the wrong box, wrong clothes, or even wrong accessories. Someone didn't want a doll they had so they returned the doll to the store in a recently purchased doll's box for a refund. do you think stores should accept trolled dolls as returns or do you think store clerks should pay attention and reject trolled merchandise. 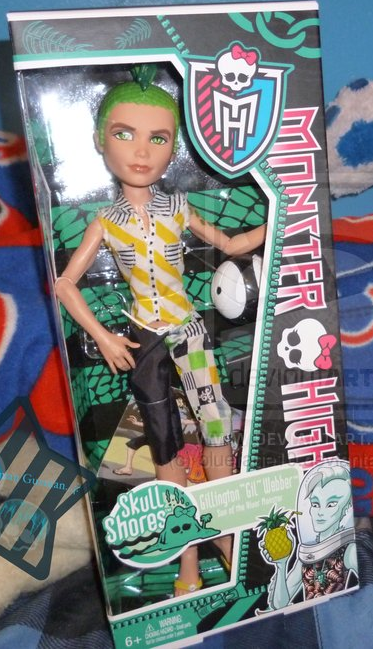 Here's a deuce in a Gil box wearing Jackson's clothes. Can you spot what happened to this five pack? is this clawdeen the correct doll? 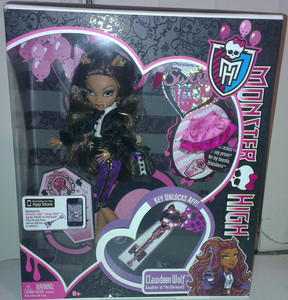 what happened to this clawdeen? how about this 5 pack?

Spot the trolling and let me know how you feel about trolled dolls.

I love that Deuce!  I would so get that!  LOL!  Deuce, in a Gil box, with Gloom Beach Jackson's stuff, can't get better than that!

I've never seen a trolled doll in person.  But the stores should really pay attention when accepting things.  I know that clearly not all clerks will be Monster High fans, but you can just look at the box art and see that something isn't right!

Yeah i would have gotten the deuce doll too. He has all of Jackson's stuff even the card lol.

I haven't seen trolled dolls in stores yet but i have a feeling it may happen with the new five packs since Gil is in there. A lot of people would buy the pack and switch him with another doll but if the packs go back down to 30, i may get a trolled pack especially if all the dolls get switched lol.

I definitely would not be surprised if that happened.  I can just see someone replacing him with Howleen!

Yeah i would have gotten the deuce doll too. He has all of Jackson's stuff even the card lol.

I haven't seen trolled dolls in stores yet but i have a feeling it may happen with the new five packs since Gil is in there. A lot of people would buy the pack and switch him with another doll but if the packs go back down to 30, i may get a trolled pack especially if all the dolls get switched lol.

With as scarce as boy dolls are, I'm surprised someone would give Deuce up at all. Or am I mistaken?

I've seen dolls like this before but usually the doll is in HORRID shape and all I can think to myself is "doesn't ANYONE notice this when an exchange or refund is issued???" More so, I've seen boxes opened, old dolls (sometimes not even the same brand) put in place of the doll that was taken out. This seems to be a common problem at Wal-Mart than anywhere else.

Correct it's a wave one deuce, he has no wrist joints and he's hair is sticking up.

As far as the 5 pack howleen in Gil's spot would make sense most people wouldn't notice. If someone wanted Rochelle as well they might replace her with a different dance line like dot dead, dawn of the dance, ghouls night out type doll which would be less notable then a non dance doll. Hey ghouls night out Rochelle would work perfectly if someone bought the 4 pack and the single doll they would have an extra.

Oh i hope i not giving some disreputable person ideas lol XD.

hahah some of these baffle me. Why would you take GB Clawdeen and leave the special Ghoulia?

Coffin bean Clawdeen looks really good in the 1600 outfit hahah, better I feel than the actual 1600 doll. I'd have totally bought that.

The effort required though, to retie the doll into the box. Some people have too much time on their hands. It'd probably be easier and just as cost effective to just SELL the dolls you didn't want. Hell, in terms of the GB set, selling the Ghoulia alone would probably cover the cost of the set itself.

I think stores should accept trolled dolls unless they are broken/marked up/cut hair. Cashiers can't be expected to memorize this kind of thing, and I like to think that it will balance out (someone will buy a trolled doll and like it even better, like Deuce in Jackson's clothes--that's a winner there). There are some dolls that I wish someone would have trolled (like Picture Day Spectra wearing Picture Day Abbey's clothes and accessories instead) so I could have gotten what I really wanted.

Most non-collectors/kids probably won't notice and, since they are in the store choosing for themselves, may really like it even though it is not the way the manufacturer did it.

So I think that while I personally wouldn't troll a doll (it might be wrong), I would probably buy a trolled doll in some cases. I think many people won't even notice or care, and some might end up even happier with the "doctored" product, even if they didn't do the trolling, just stumbled upon it. One of those happy co-incidents, you know?

And really, if Monster High would be reasonable and not make highly-coveted long-awaited Gil a 5-pack exclusive (read: very expensive) when many people want ONLY him, people wouldn't be so tempted to "troll". Same with putting stands back in all the doll boxes. This is poor design and poor service and more than a little greed on Mattel's part.

Yeah an innocent six years old shopping with her uninformed mother would just buy a trolled doll and don't notice nothing wrong in her.

Yes its true that some trolled products can be appealing. However someone could use a doll that had been broken and glued back together where a customer might not notice like the upper legs or upper legs. Then they would have to return the doll again or contact Mattel about it. It can be hard to tell if the doll had been broken before.

I think i would buy a trolled doll if it was on sale or came with clothes i didn't have.

Some stores to have a NO QUESTIONS asked return policy.  As long as you have an item that appears sealed and is in the appropriate time frame for returns, the cashiers MUST take it and no questions asked. Sure it opens the door for WAY too much dishonesty, but stores believe in the "customer is always right" B.S. when they usually aren't.