Right we have some pics from Hasbro and Mattel!

Feel free to add anything else you find. 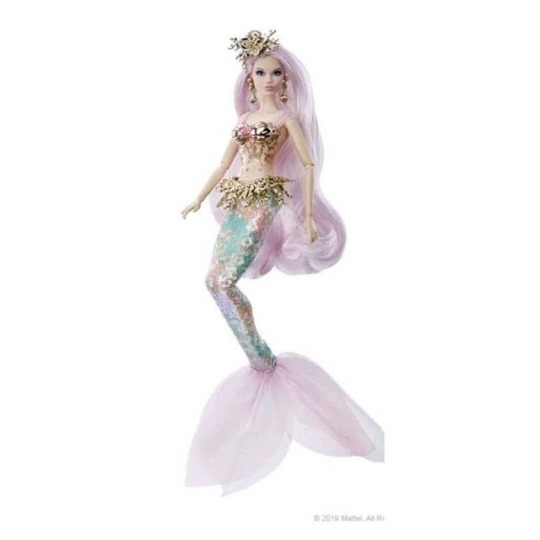 She has poly hair though, which is a pity. 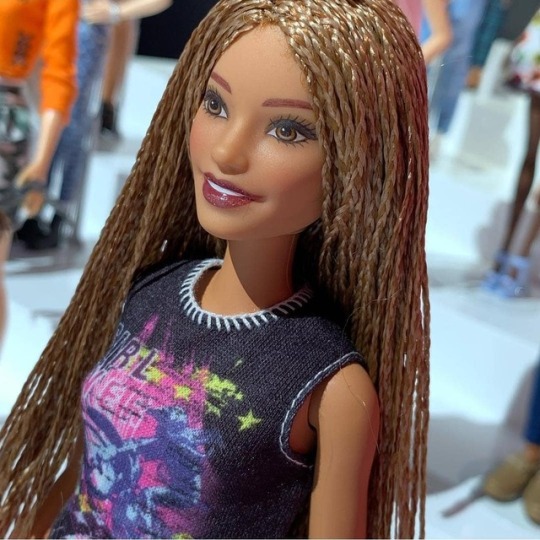 Supergirl wants to speak to the manager. 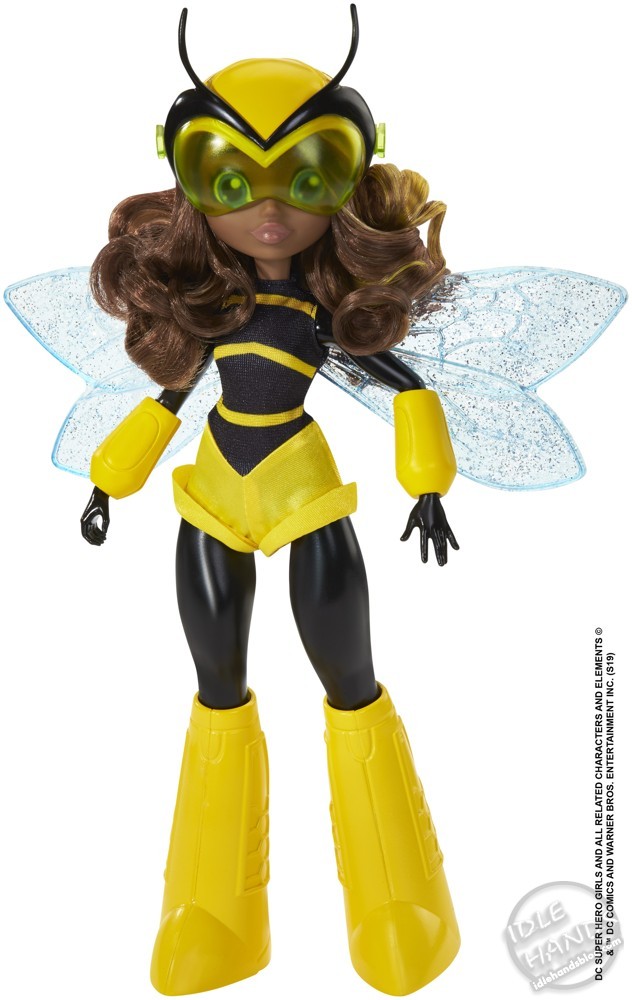 Bumblebee looks startled. Like... she KNOWS she's in a terrible reboot. 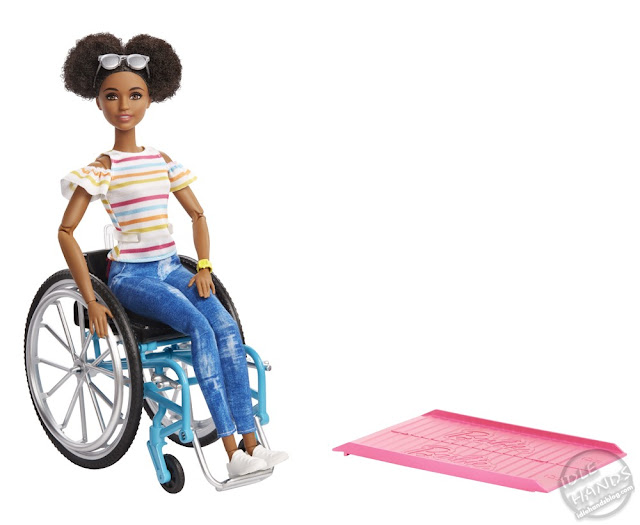 And they damage fragile clothing.

Im'm hoping it can be removed and that it won't leave too much damage behind when you do so. A doll chair OTHER 1/6 dolls could also use would be amazing.

the ramp cracks me up

Because remember the Becky controversy re: the dreamhouse back in the 90s not being wheelchair accessable?

the "Mystery career" dolls are... a bit odd.

Honestly the lack of articulation on the superhero girls coupled with the glittery mess that is a lot of the outfits, the fact half of them aren't even bloody recognisable (batgirl in her civilian outfit doesn't look like Barbera at all, she looks like a character from an old 90s nick show, it's really weird)

One piece sewn together outfits, PLASTIC capes in some cases.. a lot of plastic crap. Just.. euuugh. No thanks. (since when did Kara SKATE?)

Who even IS purple haired girl? I mean I wanna say Raven but she's smiling and her costume's wrong and the thing says.. Zatana? Zatana doesn't look anything like that. Where's her magician costume? Her hat? Her gloves? Why does she have purple hair when it's usually black or really really dark purpley black? It's a redesign that leaves the character totally unrecognisable which as far as i'm concerned is a massive FAIL in character design. Genuinely, who the hell is that supposed to be?

IF that is Zatana then i'm even angrier about this sodding reboot.

Supergirl's glitsy skirt and angry face are bad enough. (WHy is WW's head smaller than everyone else's?) and it looks like they don't even have accessories (where's Wonder woman's lasso?)

If anything, it feels like Mattel made this franchise even MORE sickeningly girly and vapid. *sigh* such a disappointment.

Batgirl's face is okay, Katana's face looks mostly alright as does WW but they're so babyish and look nothing like the characters they're portraying. They have more in common with those toddler dolls they did for the line.

And static bodies feels like a huge step backward from what the line was.

then again, Mattel's really good at sucking all the joy and quality out of their franchises when they reboot em huh?

I'll stick with watching reruns of Justice League and Young Justice thanks. 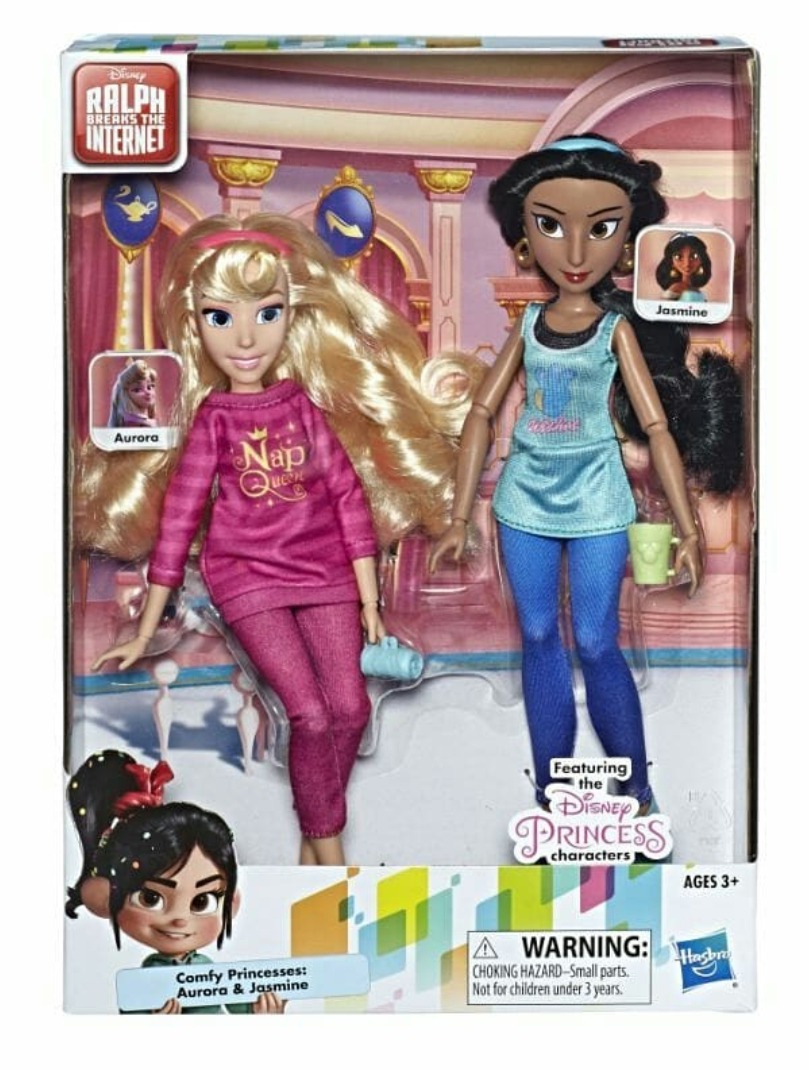 Hasbro are doing what look like 1/6 scale versions of these, but they come in 2 packs for.. no clear reason. 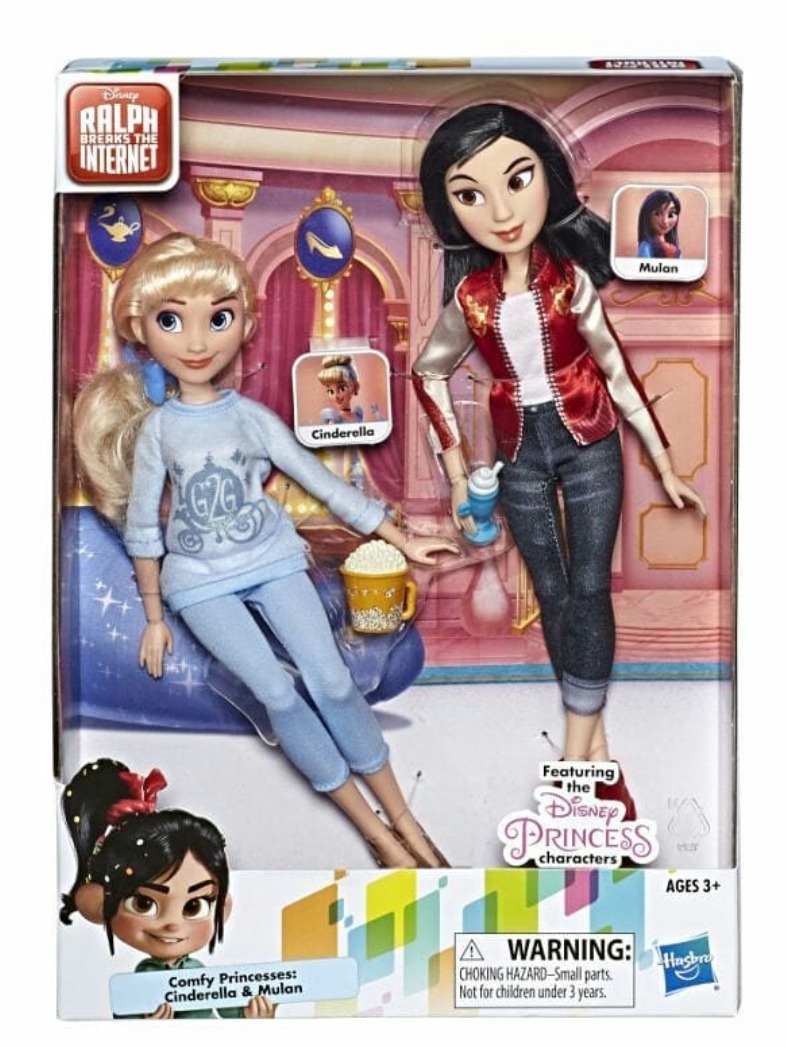 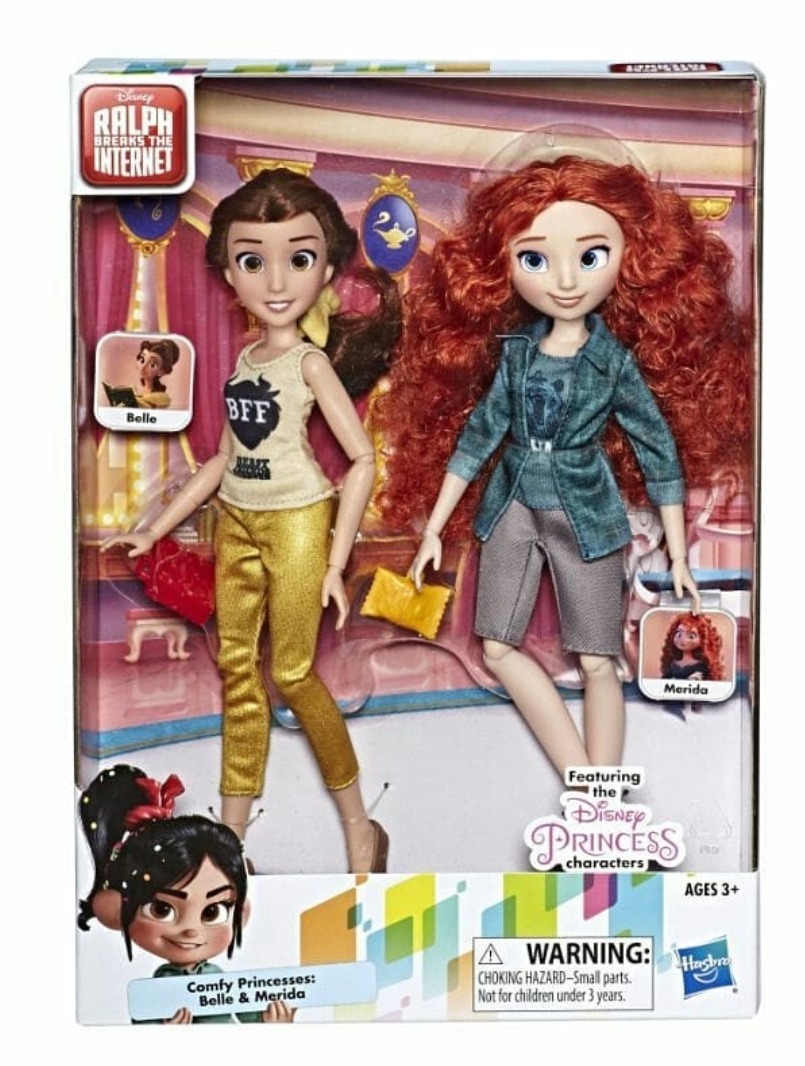 Why is Belle crosseyed and what's going on with Merida's eyes? 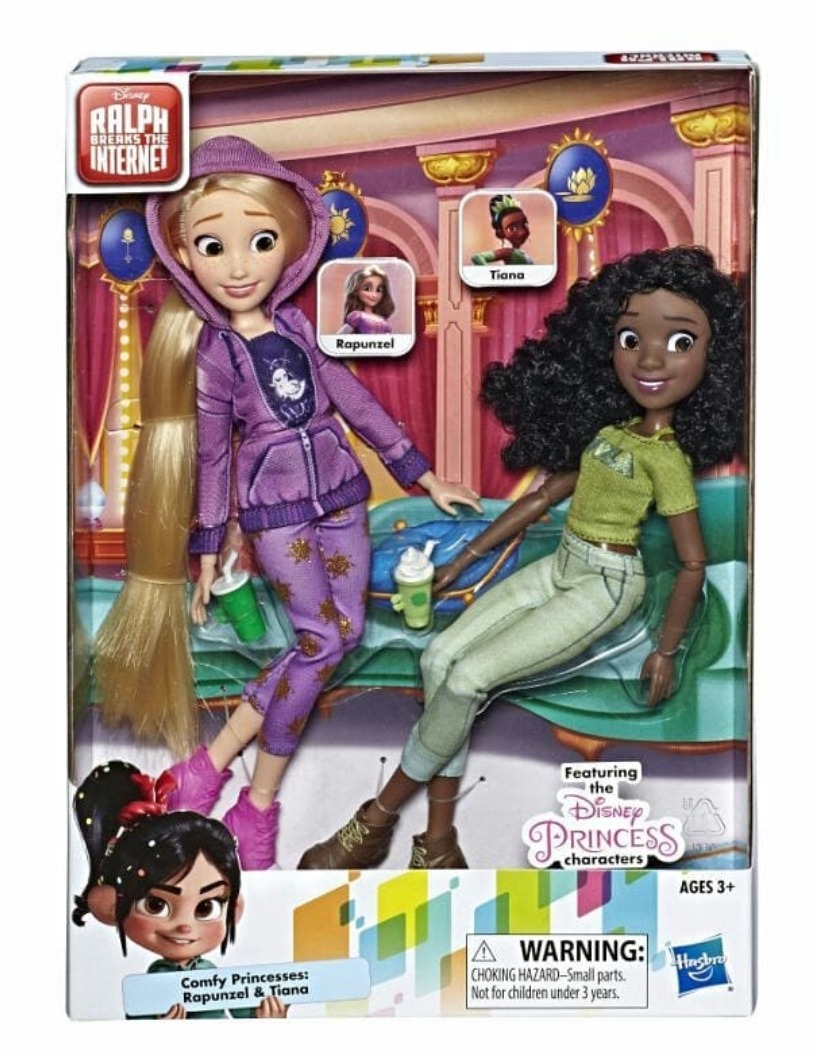 The new Fashionistas look nice - I'd love to get the AA wheelchair girl.

The DC Superhero Girls reboot is...a choice. This line really needed a refresh but I feel like they're trying too hard to make them look stylized to the point where they just look weird. The faces are stretched out, the expressions are strange...it's not a good look. They were going for funky and it just looks freaky. Zatanna looks weird, Bumblebee looks just plain terrified, and Supergirl...Kylie Jenner called, she wants her old lips back.

On a positive note, I'm probably gonna get that Bo Peep doll. I love Bo Peep and I'm glad she's got a new look for Toy Story 4. And also, can we bring up the new Disney Princesses in the 'comfy' outfits? I like the Ralph breaks the Internet dolls' outfits. They are very cute. The problem is their faces. I don't like their faces at all. It would be great if the Disney store would release them too in that size. The Disney store dolls have good faces unlike these.

The braided fashionista is pretty.

I think you are right, Supergirl wants to speak to the manager at Mattel! sigh

I am safe, no temptation! lol

Barbie dolls looks good.I think Mermaid its pretty and the fashionistas are pretty descent.DC Superheroe girls are soo bad I wont waste my hard earn money on toys I dont even like.Princess sets I like the most except Snow white

Those DC reboot dolls are creepy, seriously they look like something out of a horror movie, I wouldn't give this to kids unless you want them to have nightmares.

I would say how disappointed they left out Harley and Ivy but I'm actually glad they spared them.

I'm excited for Toy Story and the Ralph sets, the pairings are quite random but I guess they wanted to save money or dolls from being shelf warmers?

and of course I am getting the wheelchair Barbie with the afro give it me now! haha

Hairdorables season 3, little sisters AND BOYS! this is not a drill people, BOYS!

https://www.instagram.com/p/Bt-MoMAn_w8/?utm_source=ig_share_sheet&... Little sisters (they have no neck, pass)

I'm nervous about how expensive the boy/girl 2 packs are gonna be but hoping there's enough people who just really want the exclusive girls that I can get the boys for a decent price ... ahem.

This is a screenshot from myfroggystuff’s toy fair 2019 video for Mattel. MH logo is in the background. Is their hope lol 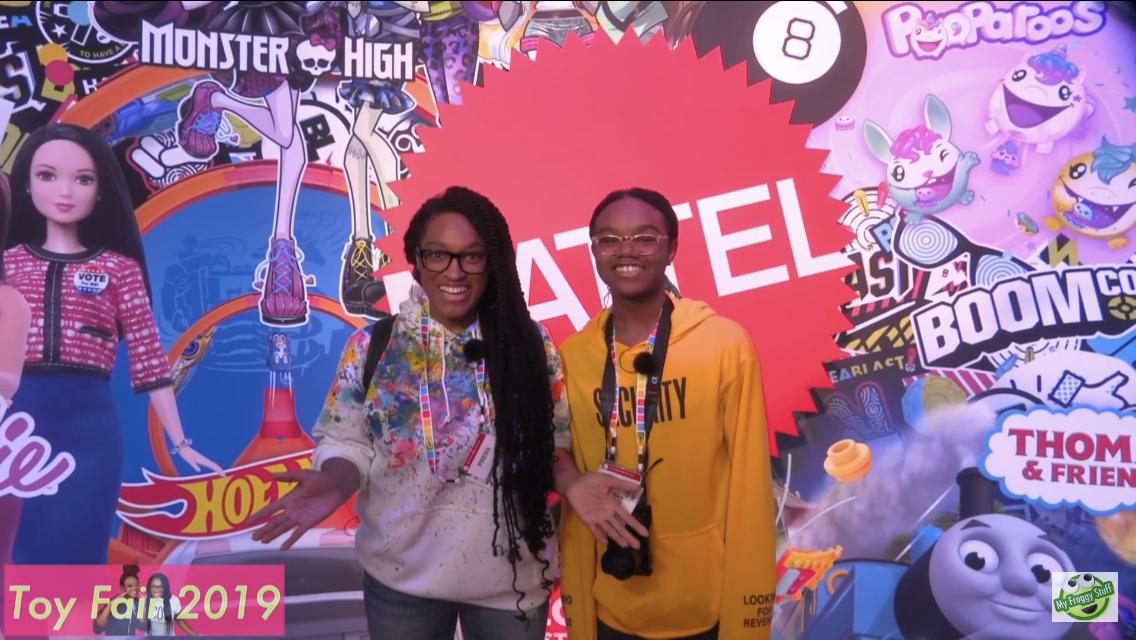 There is definitely hope! Lets see what will happen!