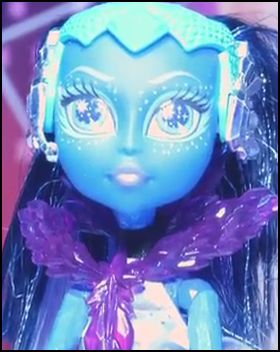 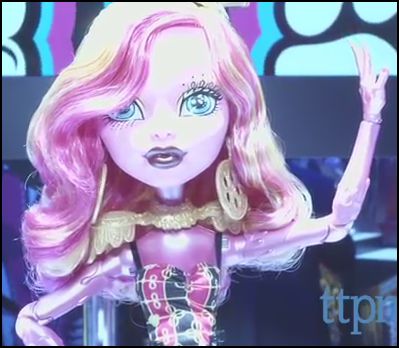 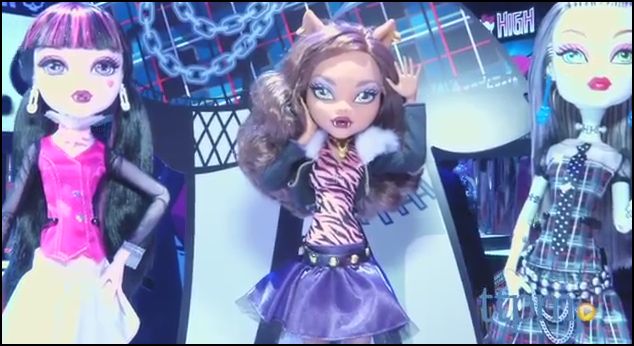 Permalink Reply by Bubbly Potato on February 13, 2015 at 6:00pm
Astranova looks so much prettier than I thought she would!

Still waiting for something interesting and worth spending money for. Right now, all of those are a major pass, even if Golliope is quite pretty (but I'll never buy a 17" tall doll, unless it's Spectra).

Why do the 17" favourites look identical to the 11" other than the joints I see no difference at all. What a shame.

Love Goolipe though, dont really get why astra nova has that hair sticking out the back, I like her better in the pic we saw of her where she was bald.

Permalink Reply by QueenHeny The Serial Doll Killer on February 13, 2015 at 8:30pm

is it me, or could Mh be getting a full joint redo if these 17ichers do well?

Oh gosh the Fright Mares though...

Astranova's head looks oddly flat, i'm not totally sure about her tbh. Particularly not with the playset, the price on that alone makes her a "no go" for me. I just cannot justify a playset i'll never use and have no space for.

I wonder if the hair is attached to her helmet then.. because it sticks out odd and doesn't look like it's rooted into her head. certainly the top of her head will be bald thanks to the helmet thingie. Maybe it'd look better in a ponytail like an old style helmet with horse hair you know? heh.

Gooliope is pretty, I want her.

I don't know about the 17 inch regular girls. I mean, it's such a large size and they are just scaled up versions of the regular ones. they don't really bring anything special to the table, so i'm just not totally sure what their POINT is you know? if they had rooted lashes or more deluxe fashions or something.. but they don't, so not sure quite why you'd get them if you already have the regular girls. Seems a bit random. Also they make Gooliope less special, i'll get her because she's supposed to be giant but if you then have 17 inch regular characters too, suddenly she's not giant she's just of a different scale and I dunno... dont' like that.

Those megablocks figures are cute, I may have to get some as "dolls" for other dolls hahah. I like teeny things, they're easy to store and display, so yes, I can see a few of those mini figures coming home with me.

Not sure about those centaurs. Sure they'll sell, becuase little girls loooove ponies (for some reason) but they aren't for me. They look a bit... squished and odd in the face, a little unrefined perhaps. I dunno, there's just something off about them which I don't like.

Astranova is so pretty! Looking even more forward to Elle's close up shots to see her details.

Gooliope is very pretty aswell. The other 17" dolls don't do anything for me really. I wonder if this is the Draculaura that was first described as special Sweet 1600, with over the top detail, functioning umbrella and everything? Somehow, this doesn't feel fitting to that description to me, but I assume this must be it because I doubt Mattel will release this 17" Draculaura and also a slightly smaller, but still bigger then regular highly detailed one. Still, the fact that these three ghouls come in Gooliope's scale makes me very hopeful that Gooliope might get a regular sized release at some point, so I'll be crossing my fingers for that, haha! She's a great doll (no pun intended :P)

The Frightmares look better then I was expecting! Too bad they're in the wrong scale for my collecting taste aswell, they're so cute...

Now let's hope we get some good quality, detailed pics of all of this and hopefully more really soon!

Also, I'd love to see pics of a regular doll actually standing next to Gooliope, and the same for Frightmares. I wanna know exactly what kind of scale we're looking at here.

I also wonder if there is gonna be anything new in the DIY category to follow up the Inner Monster line? New Inner Monsters, or a totally new DIY concept? Nothing in that range has shown up here, or in leaked images/descriptions, so I'm starting to wonder if that's discontinued alltogether? So far, the original CaM concept was my favorite if all the dolls would be complete of course. The Inner Monster dolls, while cute, still somewhat feel like they don't actually belong with the regular MH dolls. So personally I'd be most happy to see new, regular, and most importantly complete CaM dolls come back again :D

I totally agree!  I'm not sure if any will be featured at Toy Fair this year but I think it's still reasonable to hope we'll see more CaM-type characters at some point.

Will have to wait to see all of them in real life before I can say much at all BUT will say that Monster High as a brand continues to bring new ideas to the table and for that I am happy. These things freak me out, their heads are just.. massive and disproportionate. Wth?