Variety published an article yesterday that finally gives us all some details on Mattel's big screen plans, specifically for Monster High.

"Josh Schwartz and Stephanie Savage will write and produce the live-action adaptation of Mattel’s Monster High franchise for Universal Pictures."

Now, we've seen some mumblings of this happening before, but it seems that 2014 is a serious launch date for Mattel, with them forming their own in-house production studio and starting work on movies for Hot Wheels and Max Steel at the same time.  I think it's safe that we can start speculating about a Monster High movie that has a good chance of actually happening.

You can read about them forming the studio here.

What do you think?  Looking forward to it?  Disgusted by it?  I know there's not a lot of concrete detail there so far, but with Monster High entering year 5 of its existence, they are going to start looking for ways to refresh the property and keep it in the forefront of consumers' minds.

Permalink Reply by MikeyC on November 14, 2013 at 10:11am
Sounds great as long as tickets to the movie aren't sold exclusively through Justice. Too soon?

The most relevant part of the second article is probably this blurb:

"The entertainment division was formed because the company realized it was creating more hours than it ever had, but was doing so in a disjointed fashion, says Tim Kilpin, exec VP and general manager of Mattel Global Brands. “We had different teams working on different pieces of content in different places that weren’t necessarily always in sync,” he notes."

They've put a ton of effort in the last year or so in trying to get all of the media output from Monster High to 'match up,' from webisodes to direct-to-video movies to the books and print content.  All of that consolidation is a result of trying to get things synched up across all media platforms.

Also interesting is this:

"Mattel was encouraged to further expand into more traditional forms of entertainment after 2010’s successful launch of Monster High, a goth-themed high-school property whose 120 characters are related to famous monsters like Dracula, Frankenstein’s monster, the Mummy, the Creature from the Black Lagoon, Medusa and the Phantom of the Opera.

It was the company’s first new franchise in years, and has evolved into a $1.4 billion-a-year line that sees 40% of its revenue from consumer products such as apparel and accessories, health and beauty aids, and back-to-school merchandise. Just 50 of the characters have been turned into dolls. But Mattel is keeping its young fans captivated via direct-to-homevideo movies, books, comicbooks and Web series. In one brilliant marketing move, the toymaker sends out videos as text messages or instant messages to young girls glued to their smartphones."

I don't want this to happen. Bratz live action movie was the beginning of the end. We already have too many incarnations of the characters. The animated version, the cgi version, and the dolls. They all differ. Do we really need to put another incarnation in the bin? Plus, i don't think any actress will portray well enough the emotions of the ghouls, I would just end up hating them all. Can you see a girl-actress play a spoiled Cleo? that would be too much a "Regina George" situation from Mean Girls. Plus I don't want real girls starlets to incarnate them. I don't want to see a Frankie Stein interview by her portrayer. Things are fine this way by me. They just need to come up with really good doll ideas. Not this.
Big No No's from me.

It's true. Journalist was probably just rounding the numbers up to make it more impressive. We're still at 34 different doll characters (not counting the Teachers body or all the parents, or the book universe characters)

I'm curious how they'll pull it off. I'm thinking the books because no one looked different. Even Lagoona (Blue) was just a girl with dry skin. I have the feeling this is going to be like a car wreck for me, horrible but you can't look away.

Permalink Reply by Konzern on November 14, 2013 at 2:29pm
I cringe at the idea of a live action film adaptation. Mostly because live films of cartoons or dolls just don't come off well at all. It's bad enough to me that many of the characters changed in personality from their diaries to the webisodes/CGI specials. Live action actors would not do any of the characters justice I would think.

Some of the girls' monster traits might have to look really cheap or at least dulled down a bit in order to not potentially frighten an audience of kids.  Would they show things like the skin being raised around where Frankie's stitches are?  Are they going to show someone like Operetta with deeply-inset scarring?  What about the headmistress?  I just see some of their more interesting traits being rendered poorly to skate by with a rating suitable for the demographic.  And while this isn't necessarily a bad thing, come on; no one wants to see the girls looking like they're wearing slightly better Halloween costumes.  In a film era where some children's movies seem to be taking fewer risks, the study body of MH is probably better off being rendered solely in a stylized, cartoony depiction.

All I can think of is the abomination that is The last airbender movie... And this would probably be 10x worse.... No, just no.. (And seriously, Max Steele still exists? xD)

All I'm saying is: How bad was THIS 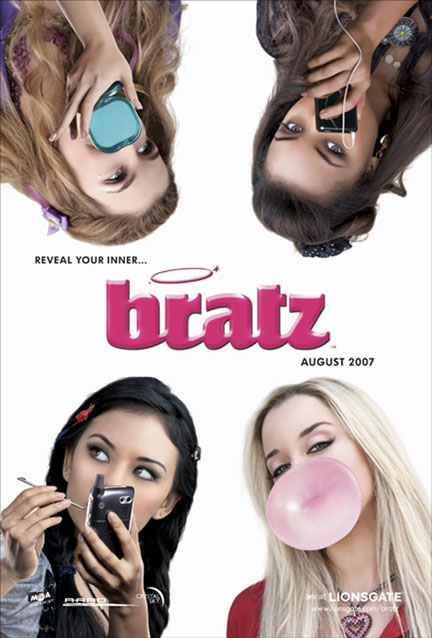 Well, since the ghouls we know and love will probably be completely butchered (both in physical appearance and personality) for the movie, I say no. I am curious to see what they will do, but still, that doesn't mean I want it. The movie will probably suck, and it is pretty desperate of Mattel to even make it in the first place. It screams "WE WANT MOAR MONEY!!" I don't care that "Mattel is a company after all, of course they do" First the CGI movies, now this. Ugh.

I can't imagine this would be really good, but the one thing that interests me is that it's in partnership with Universal -- who own all the original monsters! Which means they could use the Universal monsters MH was based on in a licensed fashion as their parents. That would make it a lot more interesting and makes sense -- Universal would probably love to relaunch all their monsters this way.