I was going to submit this to my photos... but apparently since I did that the last time this site has been taken over by new Mods with tons of new restrictions and they don't seem to update very often. Hard times at MHD I guess... so I'll bypass all that aggravation and just start my own Art thread. >:D

So I have a ridiculous amount of spare CAMs and random doll heads lying around and decided to come up with ideas for making them into custom dolls (some time in the far distant future). I like the designing better than the making... but hopefully I will get to them all eventually. LOL!

The first batch below is based on custom torsos (except the Blue girl) I ordered from Plastic Curves and DolliciousDiva (formerly known as BrideofSmithenstien)... can't wait for them to get here!!! :D 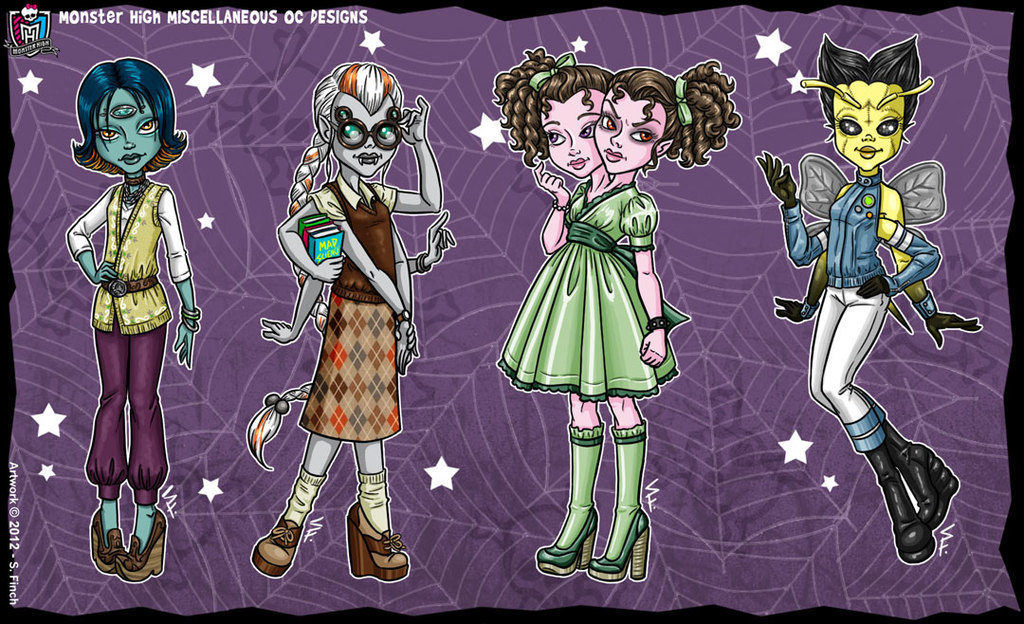 No names or bios or anything... just character designs.

- 3-Eyed Ghoul will become a Jinn, with a jewel in her forehead

- I have a grey 6-arm torso coming, and will be using a spare Ghoulia for the head. She is inspired by Jumping Spiders. This guy to be exact... YIKES!

- The Conjoined Twins of Good & Evil... using a Draculuara and Vampire CAM heads

- 4-arm torso so I can make a proper Insect girl with 6 limbs. She is a Yellowjacket Wasp... do not be deceived by her blue attire... :)

Replies are closed for this discussion.

Permalink Reply by Arcadia (spectralScavenger) on August 3, 2012 at 4:56pm

Oh, these are just too cute. Especially wasp girl and spider girl.

These twins are a great idea! =) Can you upload the photos when you made any of the dolls?

These are fantastic! J. Spider is very cute.

these ideas are awesome you came up with some great ideas