her art was sexy cheerleader, her doll is china town hooker. Lol.

I like that her skirt is brocade, that's nice. Someone needs to tell her you wear the bra on the INSIDE of the shirt ahahahah.

But yep, this is what I love about MGA products. The absolutely hilarious skanktasticness. I ... I kinda dig this look <_< it makes me giggle.

I guess I like the China Town Hooker look! lol ;-)

Hookerbella wants her jacket back <_/p>

haha yes, that is Hokkerbella's jacket from that dance line lol, I love the China Town Hooker look too lol, I wouldn't have it any other way either, after all Little Mix dress that way and I love it.

But let's just say, i've worked out what MGA meant by "adult" collector.

I am so amused.

the super terribly inappropriate outfits sort of appeal to me because it's MGA at their finest, creating UBER SKANKY outfits ahahahaha.

Their first outfits were disappointing, their secondary outfits are GLORIOUSLY inappropriate and taking the "adult" part to levels i've not seen in fashion dolls ahahaha. I love it.

I can't wait to see Cameron. What do you guys think? Leather chaps and a codpiece? *snicker* 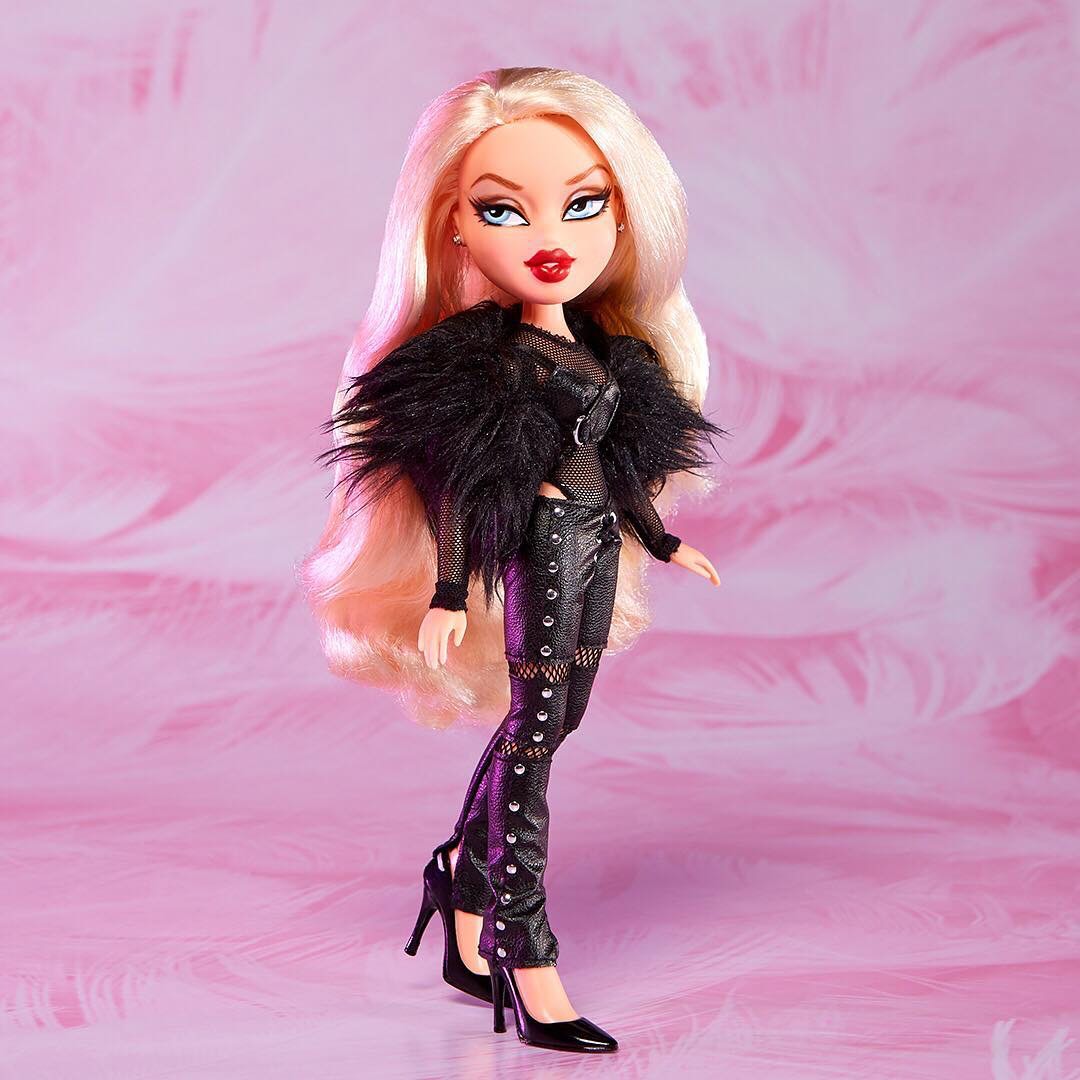 Oh Cloe, ready to hit the town in her slag grab ensemble. 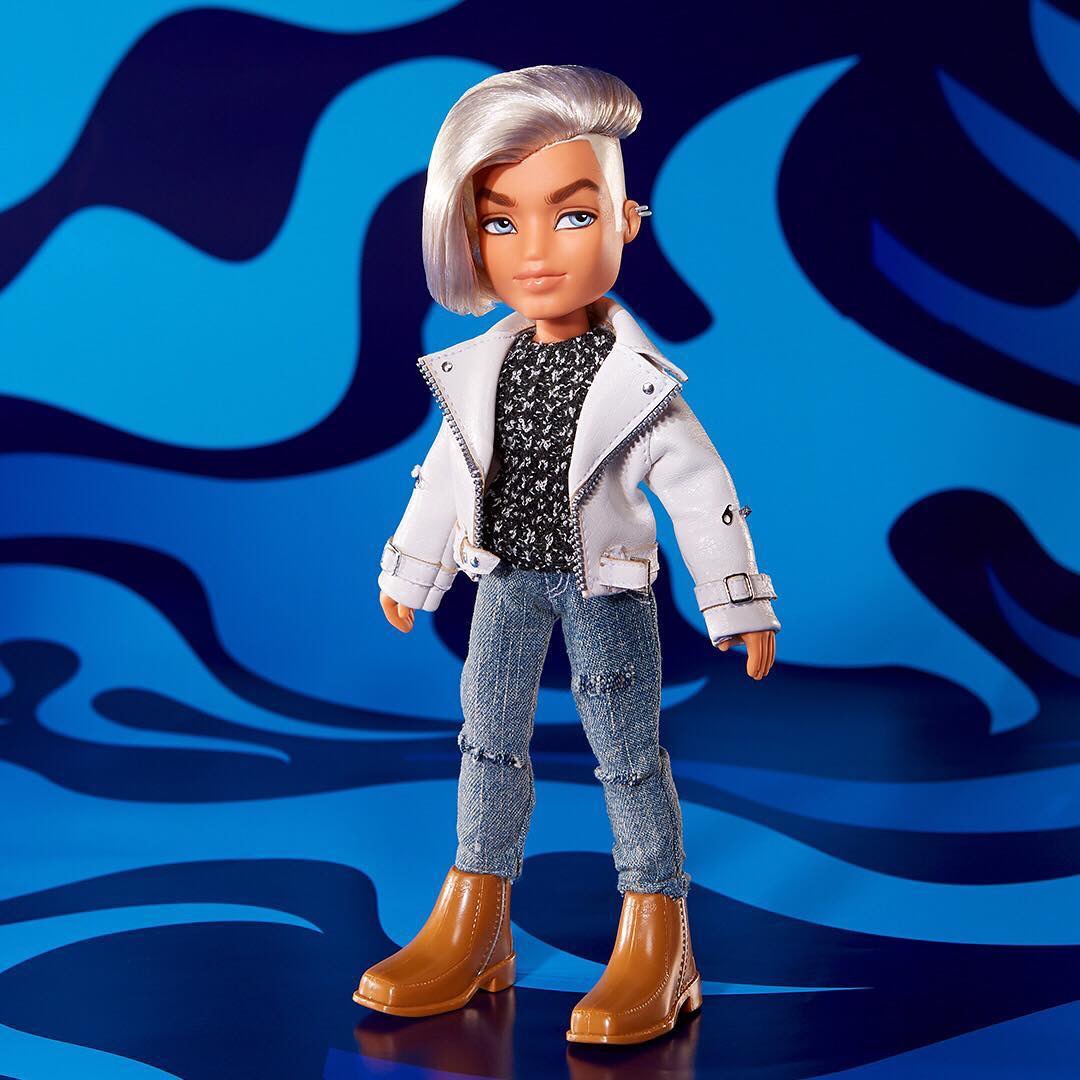 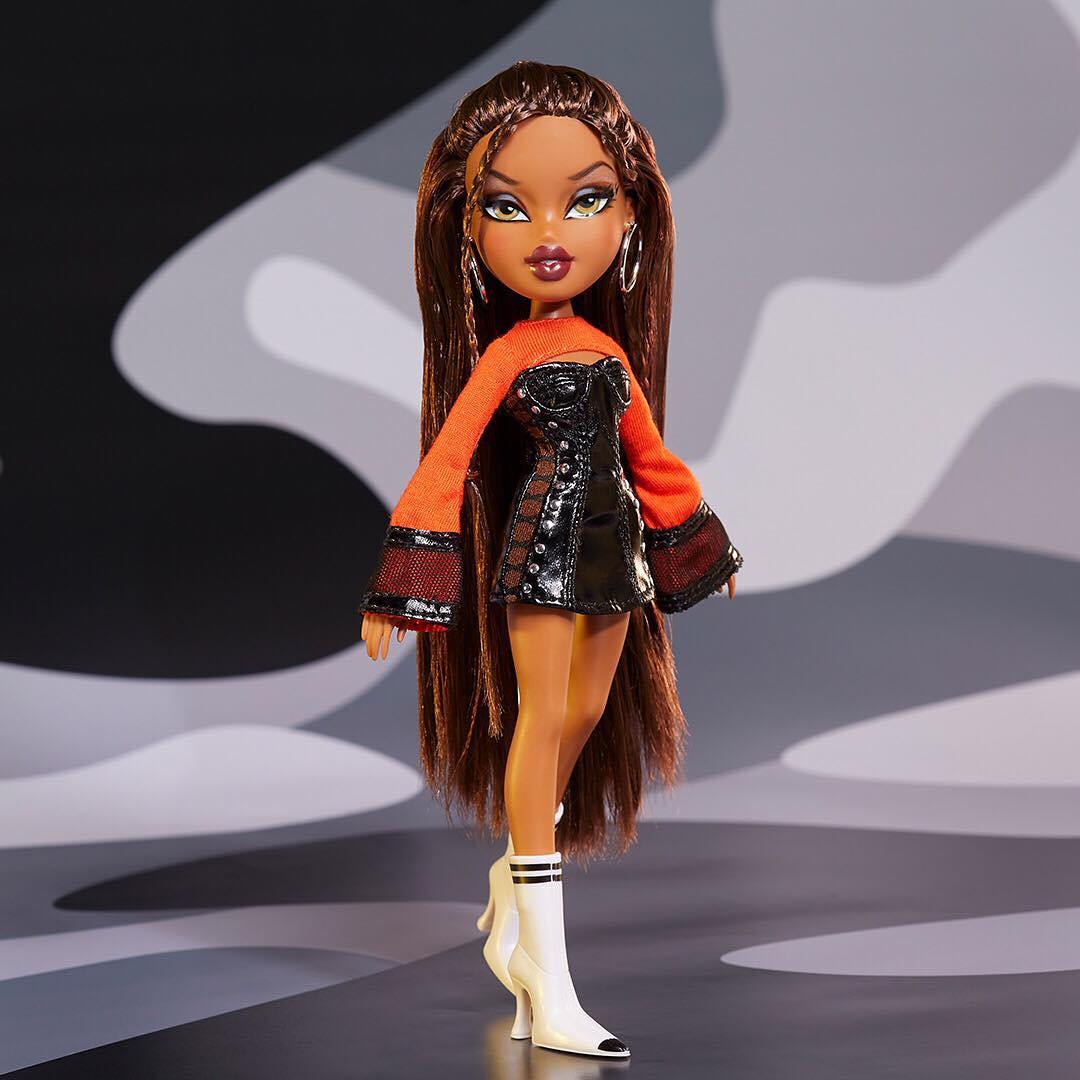 I really love Sasha. That dress is so gorgeous and I love her screening. Plastic socks though? really mga? really? gross. Those shoes have gotta go. The cost cutting measures on these dolls pisses me off so much.

Cameron though? good god. He's a hot mess. I mean not only does his design seem totally counter to his actual character (the  skater boy jock) but his hair looks to be rooted like a mohawk or something with that widows peak and is rooted so thickly that it falls really strangely. It needs to be cut and restyled because it looks strange.

And that outfit. It's like.. the shoes don't match anything (dookie brown shoes? nice), he's wearing torn up jeans he found in a dumpster, an old fisherman sweater and one of the girl's white leather jackets?

BOTH his jackets are SO feminine looking, I don't like it. They genuinely look like women's jackets/coats and I find that quite bizarre.

This outfit much like his first feels like a bit of a "throw random pieces together all haphazard" instead of a cohesive outfit. I feel like Haydin maybe just doesn't have much experience with designing male clothing and sure, male clothing IS more boring than female but the way to solve that isn't to drag act up the boy you know?

I dunno, i've not seen a single real person wearing a jacket like either of the ones shown there, least, no men. And on a doll which is already rather feminine by design, it just makes him look like a really ugly girl.

The brown shoes feel like they're from a totally different outfit as they don't tie into ANYTHING (black would maybe have worked better?) and the jacket doesn't go with the sweater at all (who wears a white leather jacket over the top of a fisherman jumper?)

Husband I think hit the nail on the head when he said "this looks like 3 or 4 different fashion packs and they chose a random piece from each". none of the bits really go together.

my other complaint is that for a $50 price tag, he's WAY too basic. All the money seems to have gone into giving him stupid coats and then they scrimped on the main outfit pieces. His first outfit has really basic quite ugly jeans with no detail on them at all and then this? I mean come on, how is this worth that much money?

I really hate this outfit. It's massively disappointing to see my beloved Boyz given such poor treatment. I feel like he was a hasty after thought.

I kinda like his face but seeing his hair from this angle, i'm not sure how much I can do with it and i'm not convinced they're gonna flock his hair in production which just pisses me off. How cheap can you get MGA? of course the fans will lap it up because MGA can apparently do no wrong in their eyes but i'm disappointed.

I predominantly collect boyz but I can't justify the price tag on these when I hate Cameron's outfits so much. Buying a doll to restyle and completely redress is something you only do when the doll is on clearance.

though that said, given how much dislike there is for this particular doll on social media, he might come down in price fairly quick. Least I hope he does.

I refuse to pay full price for these, they aren't worth it. I'm rather disgusted by MGA on that front. it feels exploitative to tag such a huge price tag on what are barely playline level dolls.

I'd pay maybe $30, but certainly not 50. I don't care how much they insist "oh but they have two outfits", they have two BUDGET outfits, and from pictures, very limited accessories (no chokers/necklaces like the art for example)

yeah Cam looks devious haha, with those eyes and his brows lol, yeah Sasha's outfit is to die for, I need her gonna change her into that second outfit if I get her and Cloe too haha, but are they really 50?

If the rumoured price, which MGA refuse to comment on, is correct then i'm afraid they're a hard pass for me. I could get so much more for that money, they aren't worth it. I'll keep an eye on them in case they get clearanced of course, becuase I do like Sasha's screening and Cloe's dominatrix biker lesbian look makes me smile, but the more I look at Cam the more I don't like him and the more of a traitor I feel nghh. Bratz Boyz are my first dolly love and I wanted him to be so good, I feel so let down. As usual, the boy doll gets screwed over and is treated as an afterthought. *sigh*

it's hard being a boy doll collector sometimes.