Some choice comments from online

"they call him the Blaze because he's flaming"

"I prefer a straight glance" (had me lolling so hard)

This is NOT Cameron, i'm calling this one Hayden in honor of the designer who has similar hair lol.

What happened to his glasses? all the dolls lost their glasses, sad. I hate his jacket as I knew I would. His hair isn't wavy as I knew it wouldn't be. What does surprise and disappoint me is that his hair isn't flocked but painted. I hope that's not the case in production, because it pisses me off. They flocked Yasmin's shoes but couldn't flock Cam's hair? I mean COME ON!

I get why he hasn't got articulation, that's a lot of money for one doll after all. It'd only be cost effective to come up with a new body if they were going to do multiple boyz and we haven't had a new boy body since uh... that really tall guy that came with Yasmin (Who I believe is nicknamed "the bear" and i'm so shipping with gay cameron bwhahahahah)

I like that he's very very different to literally any other boy we've ever seen. Unlike the girls he doesn't feel like an older doll redressed and repurposed, which I appreciate. His super flamboyant look makes me smile so I think i'll be getting him. I believe he'll be extraordinarily fun to write a review of (MGA give me so much ammo)

However, like the girls, he looks... budget. 3 pieces of clothing, his jeans haven't got any obvious detail like decorative seams or pockets or belt loops like you'd expect, his shirt I suspect is sleeveless to allow the coat to go on and those are standard 2010 bratz boy shoes being reused there.

(ALL the dolls are reusing shoe molds)

His unflocked hair just reinforces this idea that these are NOT deluxe collector line dolls as we were led to believe, but rather overpriced playline repackaged.

I've emailed MGA to ask for confirmation of the price point and availability (they're amazon exclusives but is that amazon us only or will international amazons also get stock?)

if they're under $30 I might pick up a few but if they're 50 as is rumoured? I'm disgusted. MGA have a history for massively overpricing products but 50 bucks just feels like a con.

Unless these come with a second outfit we just haven't seen yet, there's no way they're worth that. They are PLAYLINE level dolls. The girls have nicely made clothing but ultimately, they're not collector grade, they're decent playline and I find it frankly pretty disgraceful MGA think THIS is enough.

Sure, Mattel's "collector line" has been increasingly shit as years have gone by and become a bit of a joke (Puma barbie? she's a hot mess of basic budget overpricedness) but I expect better from MGA, a company who's supposed to give a damn about producing quality products and listening to their customer base.

I hope they reply to my email but I won't hold my breath. I might tweet Isaac Larian for good measure <_/p>

Of course, even at 50 i'll probably grudgingly buy Cam anyway. I won't be happy about it, but I primarily collect Bratz Boyz, they're my first doll line and it'll annoy me to not have an example you know? I'm a sucker.

But i'd definitely prefer they were less or I had vouchers to ease the pain.

If these are 50 bucks, MGA really dropped the ball. Sure some people will pay that, but that's because there's a chunk of Bratz fans who would literally buy a turd if you stamped the bratz logo on it. Seriously, some of these people are utterly and completely deluded and mental. It's kinda scary. I mean i've not seen such rabid Stanning in any other franchise. It honestly scares me a bit how vicious bratz fans ARE.

The Cameron one is hilarious ahaha, love the fur darling!

Oh I have SO many Macklemore references line up for my review. SO MANY "I wear your grandpa's clothes, I look incredible." ahem. 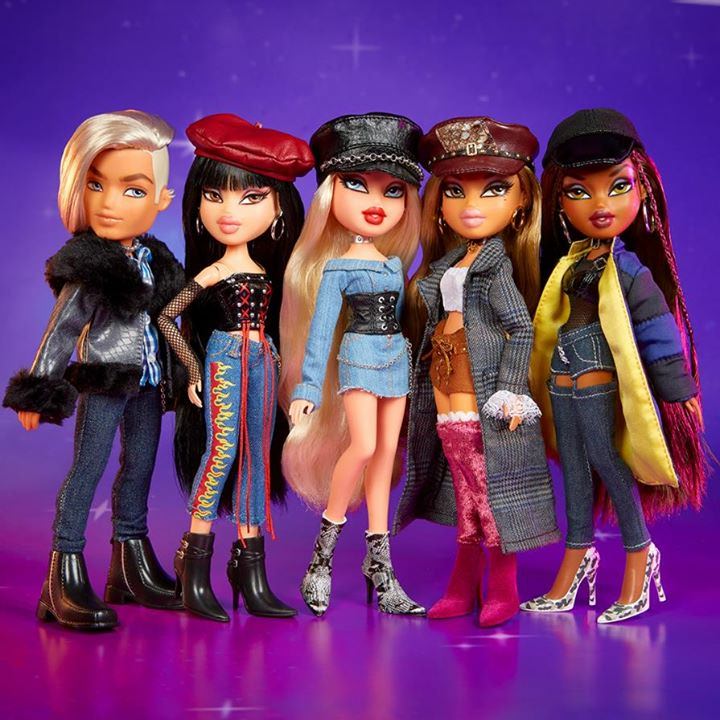 I really do love Sasha's face. Yas and Cloe seem to have the same eyes but Sasha and Jade are very different and I kinda like that. Sasha's face is stunning, so is Cloe's, in fact they're all really pretty in the fact.

Cloe has the best outfit I think, least she has the outfit that needs no tweaking, the others all, imo need tweaking. For Sasha i'd get rid of those stupid garters becuase they look trashy and dumb, give her leggings and some hot boots instead. Yas needs to lose those stupid flocked shoes and stockings and get some knee high boots with some lace stockings just poking out. Heck you could use those leg warmer things, she just needs boots over hte top of them. (who wears thick stockings/socks with heels? seriously? Who? it's like socks and sandals, it's just wrong)

Jade needs chunkier sneaker style boots like in her artwork. I also am dubious about whether her hat will stay on her head without needing to be plastic tagged to it.

She also needs a choker or something because her neck and chest look really bare. I'd also cut the strings on her corset a bit shorter, they look like a trip hazard lol.

I love Cloe's red lips and smokey eyes, it's very sultry and pretty.

Still not seeing how these are $50 worth though. 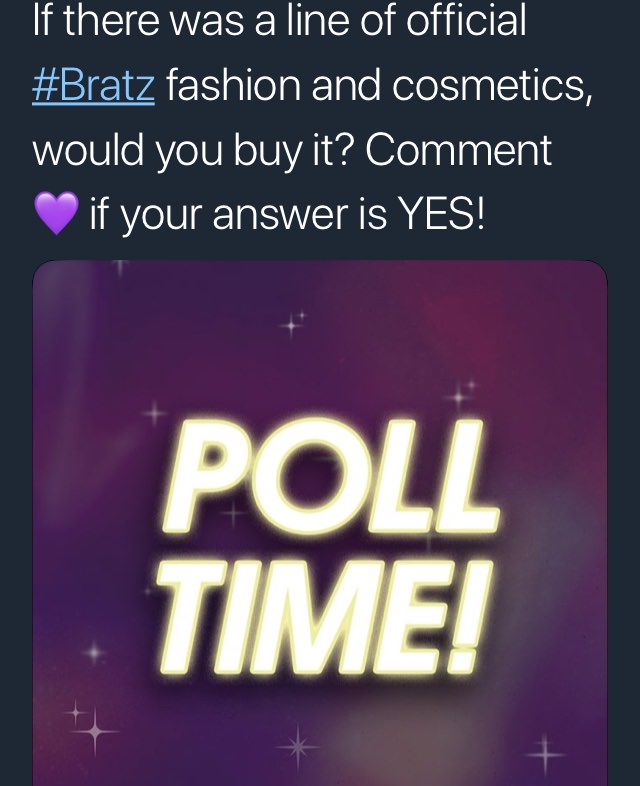 yeah I seem to be the only actual grown up there who was all "mmm no."

Toy companies doing cosmetics just seems... wrong.. tacky, childish and wrong. Who'd actually buy it? A great number of bratz stans are male for a start, the females are all like, my kinda age. Would a 20-30 year old REALLY want to go into a store and buy doll themed cosmetics in the western world? Hello kitty and blythe themed cosmetics sell well in Japan but Japan has quite a different culture where young woman aren't consiered a bit weird to be into something seen as "childish".

Now, I have no shame in my dolly obsession, but I dunno, when you have the option of tried and true brands with decades of testing and experience behind them or some cheap ass toy themed makeup, which would you, an adult buy?

MGA are a toy company, not a cosmetics company, they'd be outsourcing and it just seems... weird.

I think people would buy it if it wasn't childrens makeup thats crappy. These Beauty Channels on Youtube will review anything and everything if its got a brand name to it. Crayola came out with makeup not too long ago and even though it was overpriced garbage it was very popular on youtube to be reviewed. If there was Bratz themed makeup i think the same popularity would be there.

crayola? who the hell wears crayola makeup? that's gotta be some kind of joke. 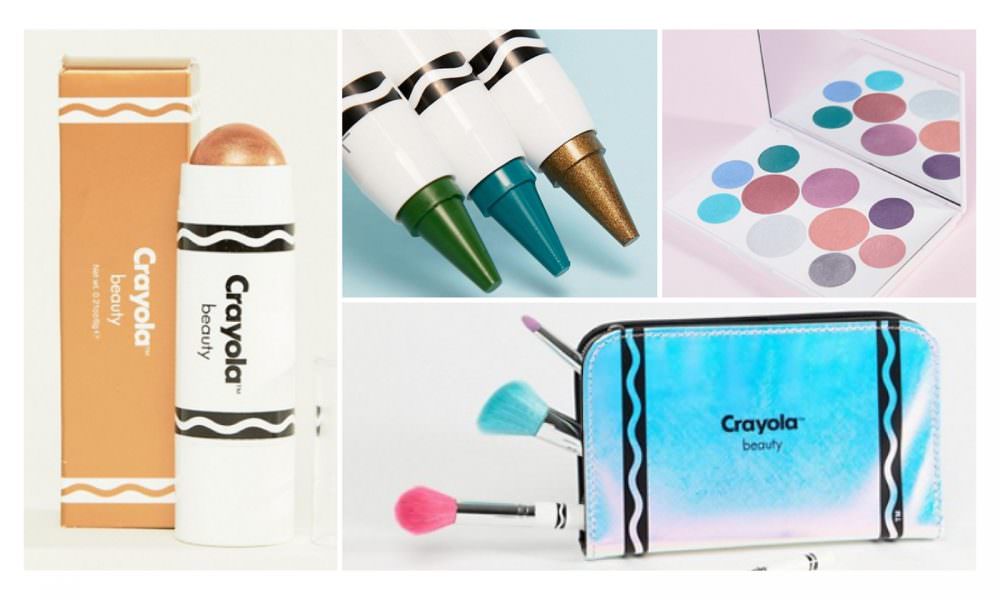 It seems these new Bratz are not really aimed at adult collectors.

There are a lot of adult collectors who are older than 20 or 30. And I can't imagine an adult would buy Bratz cosmetics or Bratz fashion.

I find it a bit strange that MGA goes in that direction with this new line. It was supposed to be adult collectors dolls.

I like the dolls but not enough to bother. Strangely, my favourite is Cloe!

Anyway, I hate that they are only available on line.