Emerging doll company, Tonner-One World today announced that it has entered into a two year licensing agreement with Twentieth Century FOX Consumer Products to create a line of collector dolls based on the beloved characters of critically-acclaimed, hit television series, EMPIRE.
Since its broadcast debut in early 2015, EMPIRE has enthralled audiences and critics alike,BECOMING a ratings powerhouse, cultural phenomenon and fashion influencer. The fan-adored Cookie Lyon (Taraji P. Henson,) Lucious Lyon (Terrence Howard) and others will inspire the new doll line, to be developed by Tonner-One World lead designers Robert Tonner and Stacey McBride-Irby.

"We are thrilled to be designing a collection based on Empire, a show that has redefined fashion on television," said Tonner. "Our beautifully-crafted dolls will immortalize the show's popular characters, fully embracing the exquisite style esthetic the show brings to the small screen."

"It's a privilege to be aligning our company with Empire, a show whose cultural influence continues to shape modern television," said Corinda Joanne Melton, CEO of One World Holdings, Inc. "This deal with Twentieth Century FOX Consumer Products represents a major step for Tonner-One World, as we continue to expand our brand."

Currently, the dolls are slated to be released during the upcoming 3rd season of Empire, premiering this fall. For more information and updates log onto empiredolls.com

About Tonner Doll Company: Tonner Doll Company, founded by Robert Tonner, is an established collective doll enterprise based in New York. The company has earned an esteemed reputation for creating the highest quality and most detailed collectible figures. Tonner's dolls have been displayed in the Louvre and his immaculately proportioned designs have earned him the rights to bring: The Wizard of Oz, Harry Potter, The Big Bang Theory, Twilight, Avatar, Superman, Spider-Man, Gone with the Wind, and a broad variety of other film and comic book characters to doll-like life around the world.

I don't know anyone that watches Empire. Also, most kids won't go for Empire dolls.

I'm still sad they discontinued their Sindy dolls, they were way overpriced but I missed them going on sale and i'm annoyed haha. 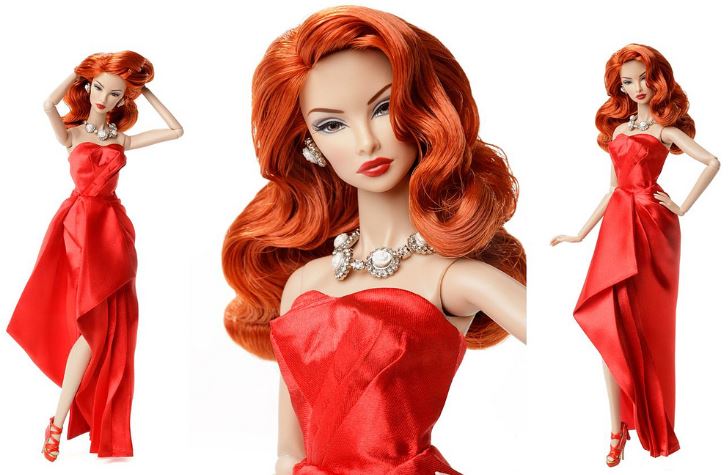 I think I'll stick with Integrity Toys's "Fashion Royalty". They have some of the most beautiful dolls I've ever seen.

Here's 2 exemple among many others (over 500 dolls): Bellissima Natalia Fatalé & Out Sass Vanessa Perrin.

P.S. They also make the fabulous "Jem & The Holograms" line, which now has 40 dolls & more to come. Award Night Jem is superb.

Permalink Reply by Claire on April 16, 2016 at 12:32pm
I love Tonner, so even though I don't watch Empire I'm curious to see them. Yeah, the prices are going up but so far I've been getting some from older series on eBay and such and most of the time they're less expensive than what they initially retailed for. Still expensive, but just an occasional treat to myself. :) I recently got a new Ellowyne Wilde (from their sister company Wilde Imagination) and she is one of the most beautiful dolls I've ever seen.

it's a shame their tonner they will be way expensive and so I will have to pass though coming to think of it Empire is a show aimed more at adults than kids so it's not something you would expect to see in Toys R Us or other stores, I don't know a lot about tonner though, if I had a job maybe I'd order though I can probably live without them, I watch the show but I'm not that much of a fan, if they were in stores and priced reasonable then I probably would, but I would like to see how the dolls turn out.

Permalink Reply by another_monster on April 17, 2016 at 5:51pm
Since Tonner is doing one of FOXs show I'd love it if they did a Scream Queens line since SQ is from FOX too.
SQ has outlandish pastel fashions and I'd love to see them attempt the characters,I'd buy one for sure.

Their outfits were amazing

i would get a chanel #2 doll in a heartbeat

Permalink Reply by Patricia Ferry on April 27, 2016 at 12:10pm
another_monster Scream Queens dolls would be amazing! I can't wait to see Cookie's doll