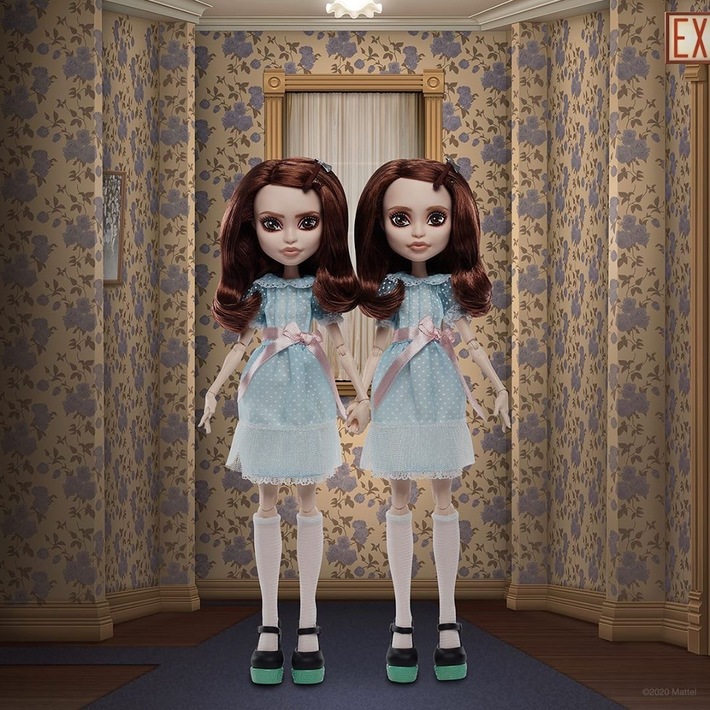 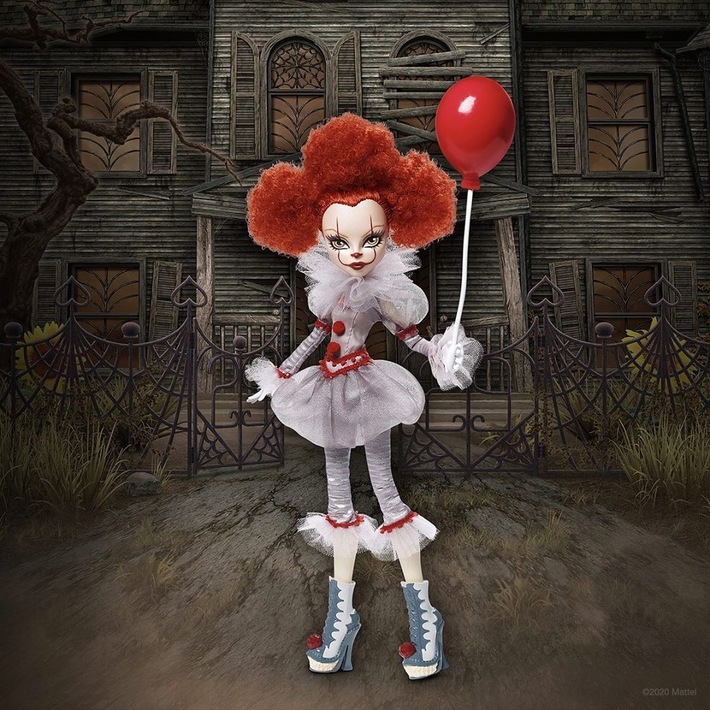 I have just seen them on Youtube. I hope they will not be too difficult to find in Europe and too extortionate.

They are just what I expected, and let's just say I didn't expect much.

Unlike proper MH dolls which took a classic or archetypical monsters and reimagined their teen child with cute little nods and references in their outfits and accessories, these are literally just a monster high shaped doll wearing a halloween costume.

Likewise the grady twins are not "inspired by" the Shining, there's no subtle little references to the movie or the book, it's literally just two recoloured Twyla dolls wearing a costume.

It's boring, it's bland, it's uninspired and it feels completely off brand.

A lot of the fun was finding and recognising the subtle nods and little references. The ball and chain earrings on spectra for example, the bedknobs on twyla, Frankie's lightening bolts and so on. All of these served to link them back to a classical or iconic monster archetype without feeling like they were just a doll in a halloween costume.

there's no creativity, no inspiration. It feels soulless.

they very much feel like what i'd expect, and indeed what i've seen countless times in custom dolls made by fans. Pennywise particularly has had SO MANY fan ocs and custom oc dolls that look exactly like this.

just a mh doll in a pennywise costume.

For me, as a fan since the start, these fail to evoke what i'd consider the "spirit" of monster high. They don't feel "on brand", they don't feel like whoever designed them really understood WHAT monster high was. MH wasn't "dolls dressed up as monsters", but that's exactly what they seem to have gone for here.

Mh used to be their own distinct thing, unique, fun, creative. But these? this is what mezco have been doing with Living Dead Doll's Present for the past 20 years! In fact, they released Pennywise AND the Grady Twins under that label last year!

The grady twins particularly feel like a lazy copycat specifically BECAUSE they're such a random choice. It was remade and has been in the public eye lately but the Shining? Did anyone even NOTICE Dr Sleep when it came out? and I don't think that movie even references the twins anyway.

They're a tiny single scene from a very very old movie and most people wouldn't even be able to tell you the girl's names. What are the odds really that two separate companies would pick the same random old movie and the same tiny cameo characters from said movie? is Steven King just really trying to push the Grady Twins? (He HATED the Kubric movie though so why would he want that depiction of them? They aren't even twins in the book)

Or is someone at Mattel just looking at a more successful monster franchise and copying them after they ran their own unique and successful franchise into the ground?

Mattel destroyed MH and what made it successful and is now trying to ressurect it as a Living Dead Doll knockoff and it's tacky and lame and disappointing.

If I wanted to put a monster high doll in a halloween costume I could do that myself. And if I wanted a Grady Twins doll i'd have already bought the talking set from Mezco, which has better quality clothing anyway.

I think I have a "new doll releases" exhaustion at the moment. Too many at once. I feel overwhelmed.

I am not prepared to pay a fortune for these dolls or to buy them on line. I have reached the conclusion long ago that nothing will take the place or replace the original Monster High dolls for me.

I like the twins. The dolls look interesting and intriguing enough. I don't even remember these characters in the movie. I have seen it long ago. They have nothing to do with Twyla but it is another matter.

And I don't like Stephen King's books. I have read 2. They left me so unimpressed that I did not bother to read more. The only thing I like is the Ramones "Pet Sematary" song!! lol

Huh, I guess the rumor was not a rumor.

they're cool if you're into those films. I do like the Twins but as Shining themed dolls, not anything related to MH.  They do feel more like customs than actual Monster High dolls.