Since there didn't seem to be a Texas thread I figured I'd make one. While I was out hunting for my Princesses collection today I wanted to mention where I found what, and if there were extras there.

I got her the Home Ick 2-pack at the Cypress, TX Target @ 290 and Fry. The case is labeled Classroom 2-packs and comes 8 to the box, 4 with Heath and 4 with Cleo. I only needed 1 Home Ick so there should still be 3 Heath and 4 Cleo in the backroom. They were nice enough to pull the 1 Heath I needed from the backroom. Also scored a Scaris Deuce right off the rack, but they only had 1 on the shelves.

I got the Justice Holt Hyde at the Rt. 290 Cypress Outlet Mall near the Fairfield exit.

I have seen, but didnt buy, the Sweet 1600 sports car for Draculaura at the TRU (thought it was nifty seeing it in the stores. never had before) on Rt. 249 near Willowbrook, and pretty much every store around my side of Houston carries the 13 Wishes line.

There are no K-Marts in Houston, so I have no way of getting the Music Festival 2-pack until the K-Mart website stocks them, and Targets have had the new Dance Class 5-pack selling at the same price as the clearance Skull Shores pack.

If anyone scores a Sweet 1600 Clawd, Music Festival 2-pack, Fearleading 3-pack, or Scarah Screams please let me know. I've been on the hunt as I drive around the city for work for these things. As it is I'll be at my office computer Monday morning hoping to God I manage to get her 1 Webarella from Matty.

If I find more items around the Houston area, or when my girlfriend starts working around San Antonio and Austin we'll post the lists here. Cheers!

Permalink Reply by Aleipatra on June 20, 2015 at 10:10am
Iris and gooliope have shown up at the tru willowbrook area!!

The Walmart near the Willowbrook Mall (Houston) has the Werecat Twins 2-pack with the scooter. First place Ive seen it for sale. Pretty cool set! 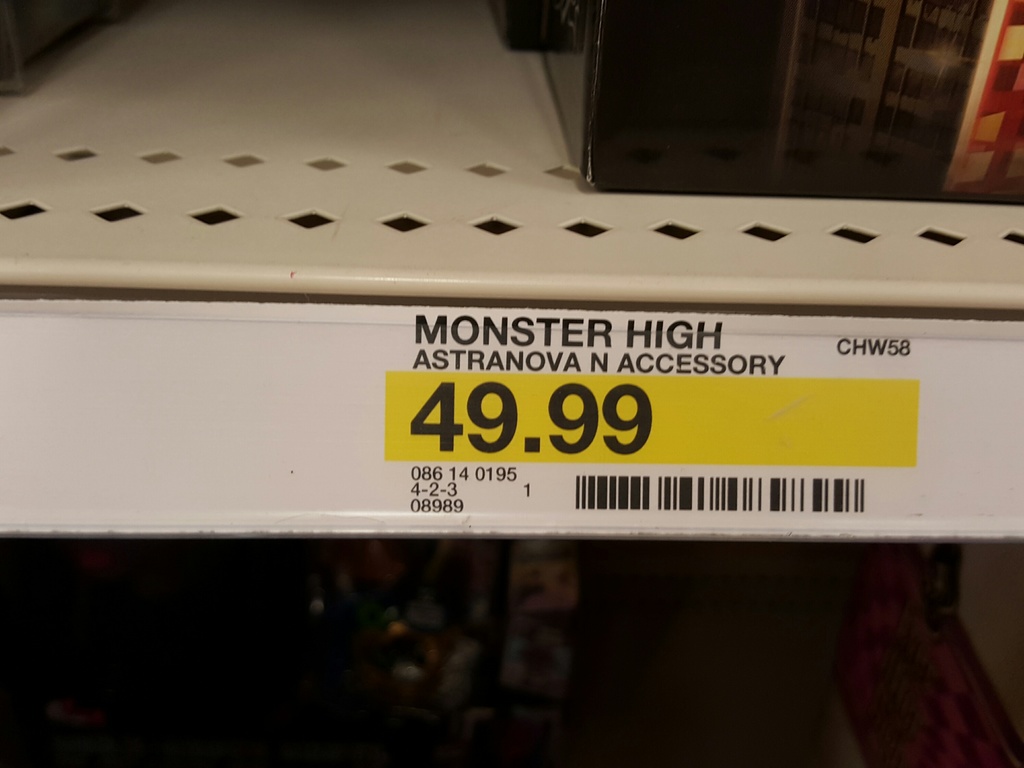 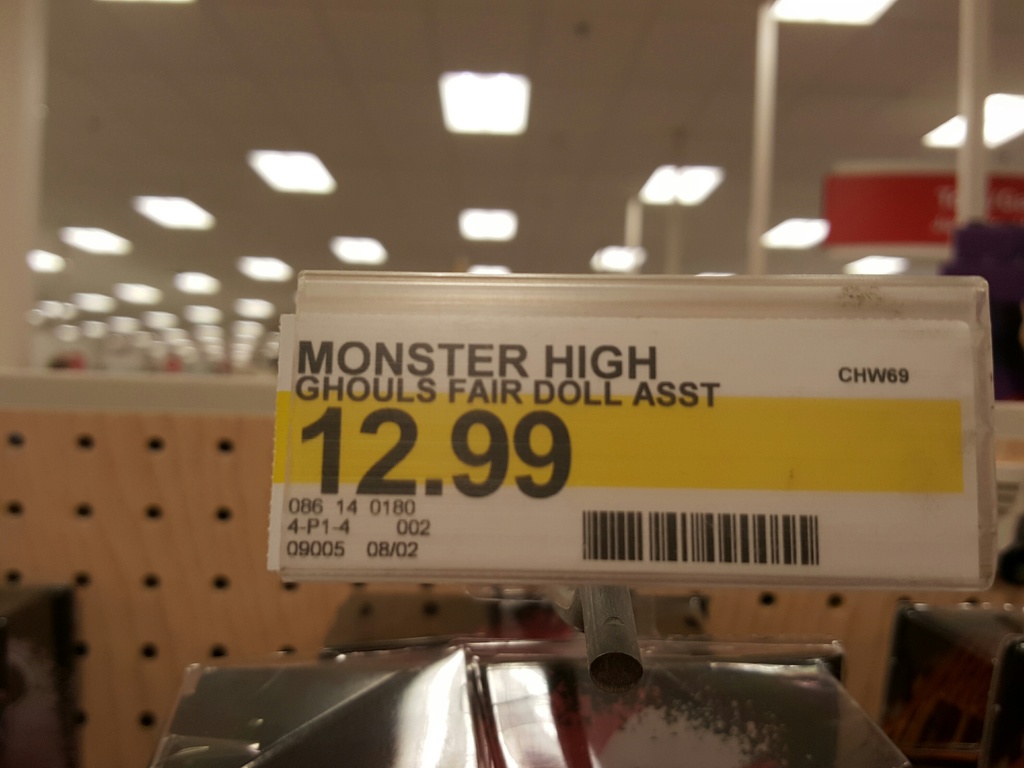 Houston: The Target at Travis & I-10 have LOTS of new stuff. Here is a pic of the shelf and some bar codes to get the DCPI codes for those who want to call their local Targets and see what they have in stock. The Boo York code is for the set with Nefera and Catty. I thought I got the label for the Clawdeen & Twyla Freak du Chic dolls but I guess not. The actual ISBN off the Clawdeen box is 887961111736. Still not impressed with the Frightmares. Hope this helps and good luck!

Lucked out. Was about to throw away the receipt.

Permalink Reply by Aleipatra on September 17, 2015 at 2:55am
Anyone know is sirens von boo is still available in some stores?

Supposedly, the Brand Boo case's r-web code is 17-696. I verified it with 2 different Houston TRUs. None of them had the assortment yet, though.

Houston: This is a first come, first serve alert! The Willowbrook Walmart (NW side of town) has the Brand Boo dolls, but I think they only had 2 cases opened. First place Ive seen them anywhere. They only have 1 Trollson left, but a few of the other two. Look at the aisle display at the front of the toy department.

Permalink Reply by SammyWinchester on December 16, 2015 at 11:08pm
They're all over Waco and the rest of central Texas. Our walmarts of all the Brand Boos and Scarrier Reef dolls, as well as the new non-articulated dolls.

Permalink Reply by Aleipatra on January 7, 2016 at 9:01am
Is the toysrus by willowbrook mall closed down?

Nope, I was there just the other day. Its not open yet today. Still pretty early in the morning.