So, I decided to compile all of the basic outfits I've drawn of my OCs into one happy post. And all of them are taken with an ipad camera, because I do not have a scanner. Thus, the awful quality. 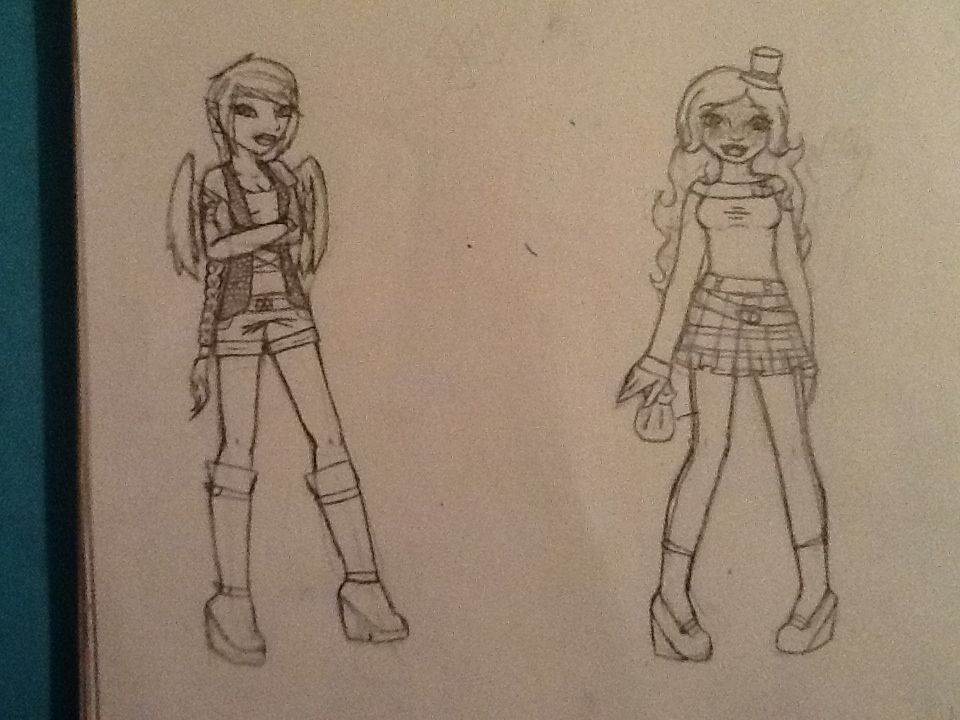 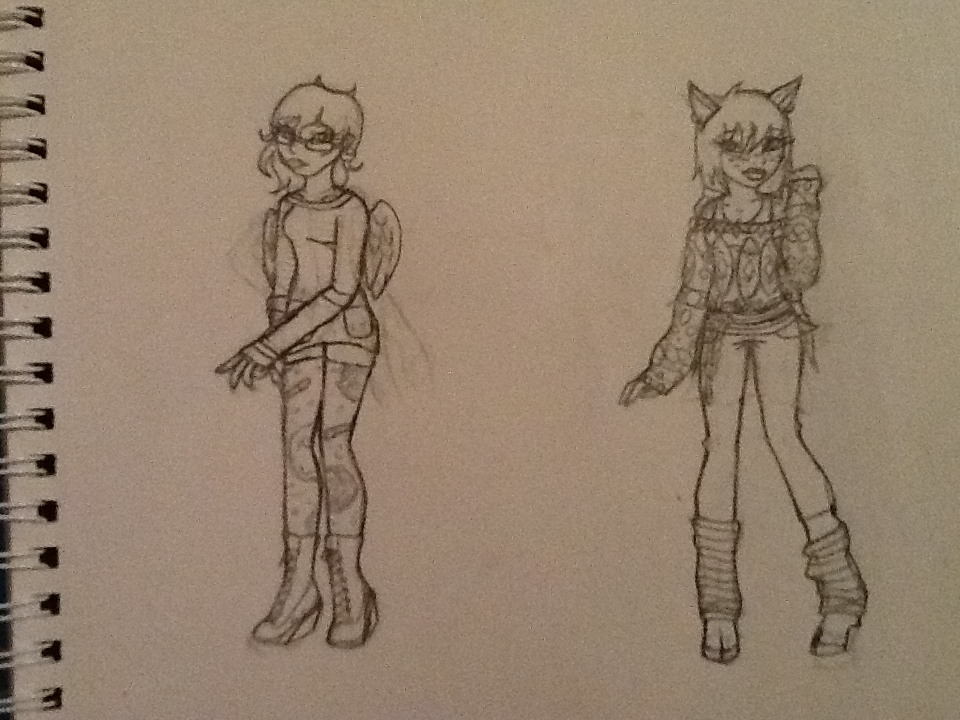 Seraphina Sorrows and her kickass space tights (left) and Fawn Deerfield (right) I plan on making a custom of Fawn. Zostera A. Byss (siren CAM who I've given a persona) Yes, that is a fishy wheelchair. 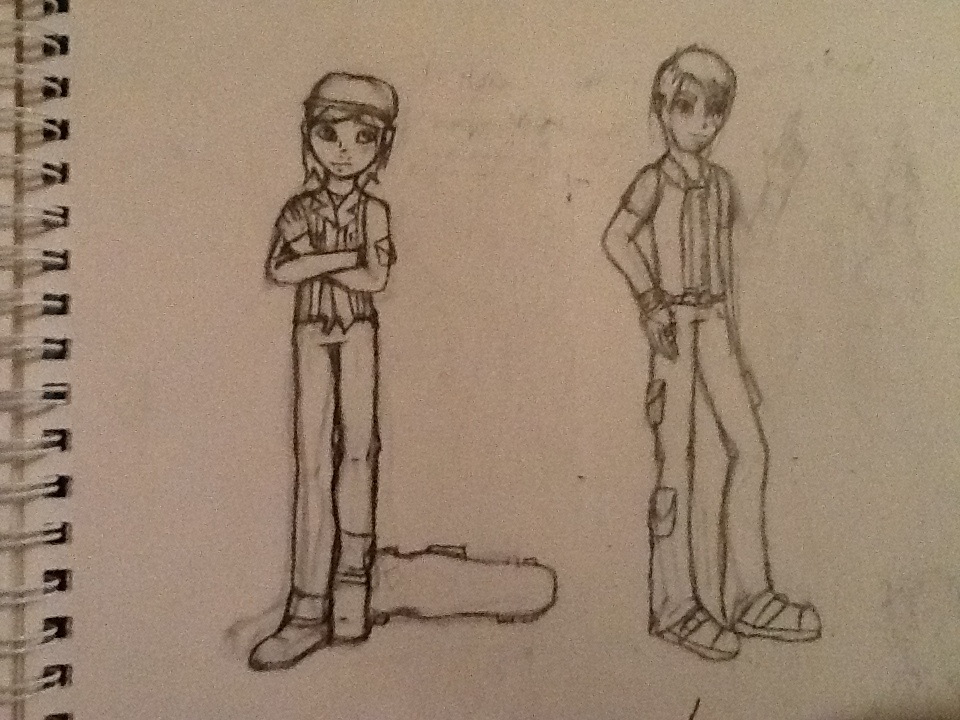 Borgren, Val, and Mary are all Scandinavian monster backgrounders whose soul purposes are to be jerks.

As to the age of the drawings... Lachlann's is the oldest, being about May of last year, followed by Borgren/Val/Mary in late June. Most recent are Kara, Gwennant, and Marguerite's. Just to put some things in perspective.

Permalink Reply by Overlady Idiots [Zena] on February 20, 2013 at 3:31am
Eeek! I love them so much! I love all your OCs and their designs and you improved so much since last year!

Many thanks! I tried to keep my OCs in clothes that they would wear every day: practical, but suited to them.

And, yeah, I've definitely improved. Though if you ask me to draw a certain drawing again I doubt I could. Most of my better ones are usually a one time thing.