Monster high twitter account lately been posting pics of people dressed up as Heath, Frankie, Cleo and Clawdeen (not cosplays)

But the biggest problem was Clawdeen Wolf. Why do i say it? well you should check the image: 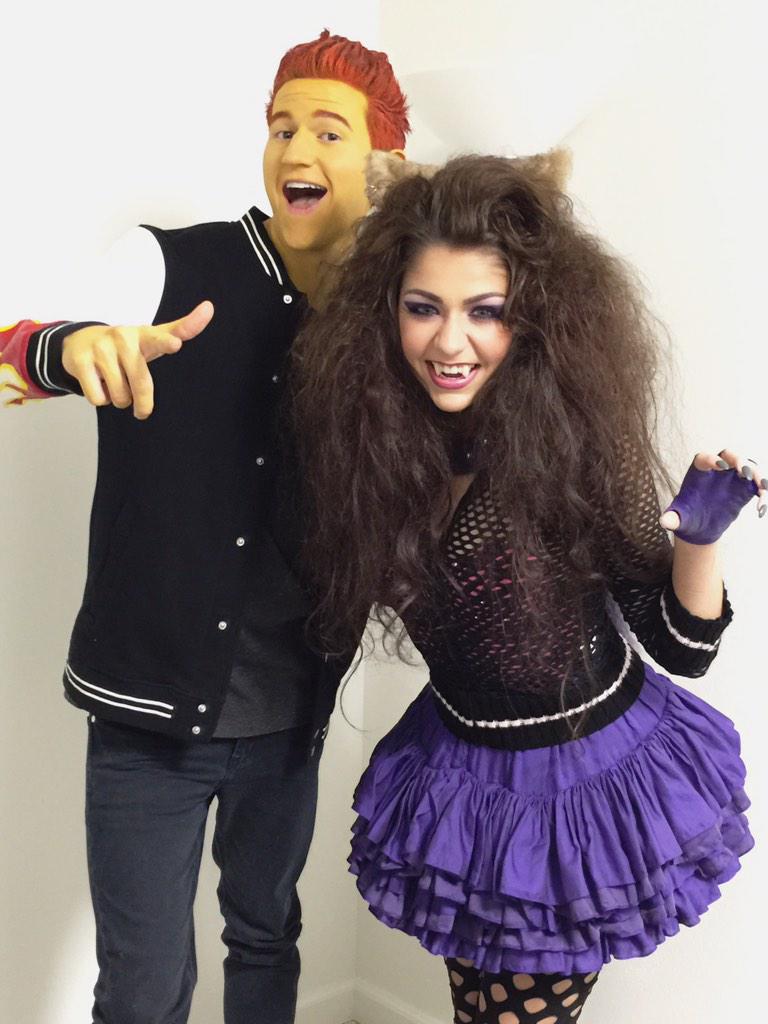 They had a yellow dude but not a natural skinned black girl? That's lame.

They tried to emulate her curly hair but it looks like she didn't brushed in months. (however i don't think they are trying it at all)

All of the live action characters are accurate to the dolls: 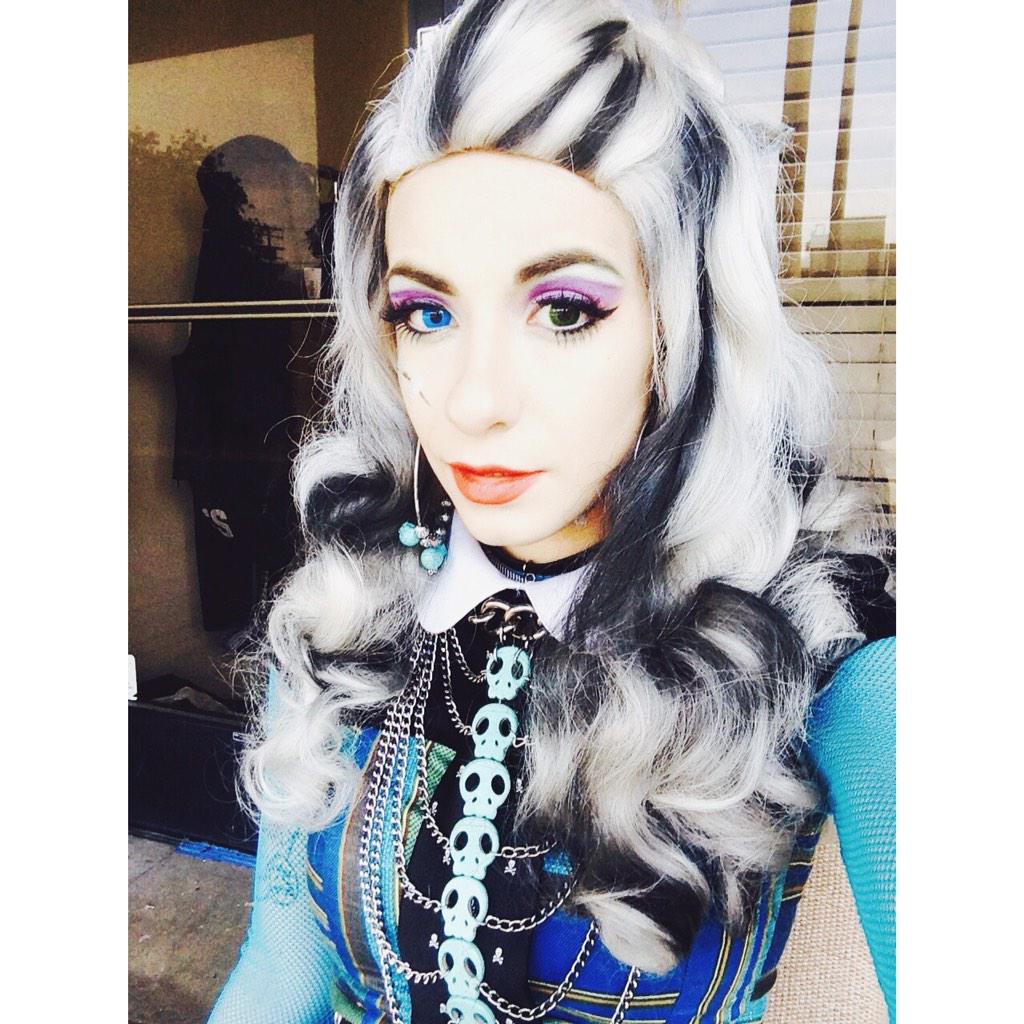 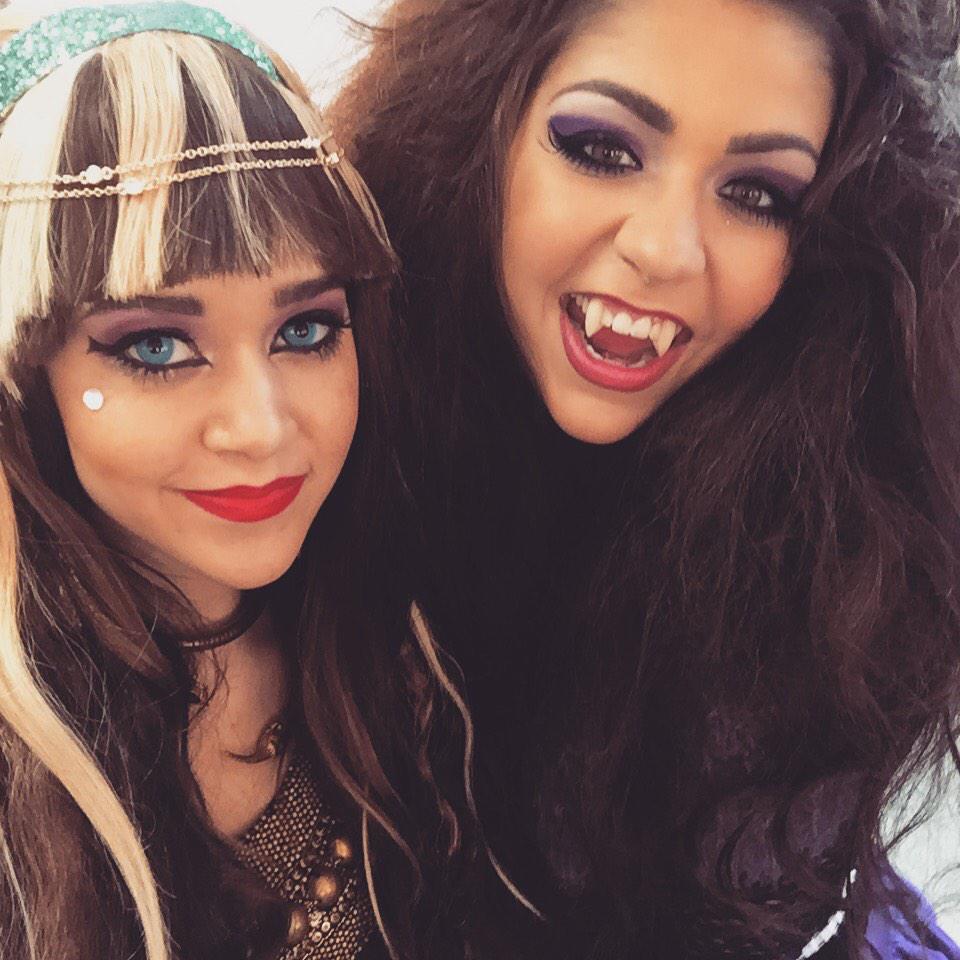 So, if they tried it with Cleo, Heath and Frankie why not with Clawdeen?

What do you guys think?

I dunno...I don't think Mattel is this stupid (then again...) but I wonder if maybe this is something else? I mean, any SMART company making a LA  movie on a doll line would be smart enough to do them proper.

I didn't say it was a movie, but remember that in 2016 there will be a live action movie.

HA! Oh these are so bad. There's no way these are for a movie. "Frankie's" wig is just horrible as is "Cleo's." "Heath" looks 30 and the less said about "Clawdeen" the better. They just look like a few awful cosplayers to me......

And to QueenHeny, Did you see the horror that is the Jem live action movie cast? Shana's some little white chick now. I hope the movie never sees the light of day.

Well if it a music video...Gotta be something a bunch of workers decided to do in the spur of a moment on a cheepo budget... heh

Permalink Reply by another_monster on February 20, 2015 at 12:23am
I really don't think this is for Mattel.
I understand everyone's rage..but come on now guys.
The girl cosplaying/portraying Clawdeen is a YouTuber. She could be a fan of Monster High just as any of us.
This could literally just be a music video she is making with her friends.
These are all obviously costumes.
I don't see the need to be so bashful,if this is her YouTube video with some friends its hers. She may not have an Egyptian and AA friend so this is what she worked with.

I understand everyone has problems with this but honestly this is probably not even Mattel and the person making this video is probably doing it for fun with some friends because they equally enjoy MH as any of us. They may be white but really,would you go up to a cosplayer and say "YOU'RE NOT SAID RACE YOU CANT COSPLAY THIS CHARACTER!" or a little child on halloween because they're dressed as Clawdeen and don't for the race?

Sorry if this looks like I'm attacking anyone,but all the comments on tumblr and some on here are honestly very disappointing(calling people white mayo..really?smh.).

Permalink Reply by another_monster on February 20, 2015 at 12:33am
Basically long story short this is probably a YouTuber video and I'm looking forward to what the final product is,I like the added details they did for the costumes too it gives them a little bit more while still staying true to the characters.
Wether this was whitewash or not we will see once we find out who it was that is behind this MH music video project.

Permalink Reply by Bubbly Potato on February 20, 2015 at 2:53am
Hey! This picture is from Ricky Dillon's Twitter, who is the guy playing Heath. Definately a Youtube video. My guess is that everyone chose a preference. Look in the back, at the girl who seems to be In a Lagoona wig. She is darker skinned. Monster High is all about being who you want to be, if anyone wants to dress up as any character why not? This pic shows diversity. like the guy next to maybe Lagoona, he has Deuce scales!
Attachments:

I think that in that pic except for Cleo, Frankie and Heath the others are just backgrounders.

Why paint a guy yellow but leave frankie regular? It makes no sense.

And yeah, Clawdeen's whiteness and Cleo's whiteness is pretty offensive for official material. That's why i'm hoping it's in no way official or licensed. If they're just random people doing some rubbish then it comes down to "who they had available" (I mean, I remember as a kid doing a spice girls thing where we had a white scary spice because we had no black friend lol.) but if it's official it's unacceptable.

Problem is, it IS the sort of thing that keeps happening. (Like the Jem thing eugh). Official media, hollywood etc are big on the whole making everyone whitey white or ambiguous, and when there's outrage it's people being "unreasonable" and yet "OMG we can't have a black bond/doctor who/superman etc" is a very common sentiment by these very same people.

"this character is WHITE, he HAS to be played by a WHITE guy". So um.. why do the black characters so seldom get played by black people?

The double standard is frustrating and disgusting.

But hopefully this isn't an official thing. An official thing should know better. random people doing some random thing is quite different to a big company recruiting and directing.

The final linked image kinda confirms it for me. We have black Deuce, black... maybe lagoona but who the hell knows. Only one person has body paint for.... reasons. A few people who's character is completely ambiguous (who the heck are half those people meant to be?). Reminds me of the first MH music video where nobody was actually dressed as any character as such, just "generic monsters".

Official or not, it looks really really crap. Sorry, but... those costumes are terrible.

well ricky dillen aka the heath was asked by monster high. they even said "teaming with #monsterhigh" but maybe they were asked to crossplay So all of thair fans will get into monster high. ( incase you don't know youtubers (people who are popular on youtube ) are treated like celebrities )