Lalaloopsy a TV Show while Monster High is NOT? 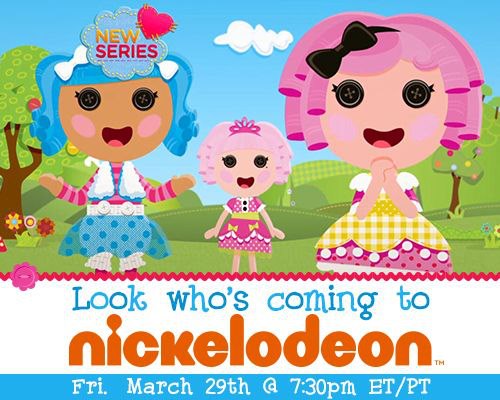 As Monster High had done it started off as an online web series and still is. But like other web series i.e. Bratzillaz, Lalaloopsy, among others some have made it to the TV sets into a 30 minute show. Monster High has only had a series of TV specials shown on Nickelodeon.

But yet Lalaloopsy got a TV show instantly while their web series only had 4-5 webisodes and Monster High is in it's 3rd season. Why hasn't Nick picked up Monster High for a TV show?

What you mean business plan?

MH has a business plan and currently it would appear that a regular TV series is not part of it? At least not yet?

If it does become a TV series one thing it should definitely do is stear more towards other characters. Basically not making Frankie the center of attention constantly. I wanna hear stories only in Venus's, Robecca's, Spectra's, Clawdeen's, Cleo's, and all of their point of views without needing Frankie to sum everything up.

Why is Monster High not on television? For the same reasons I like to call:

WHY PEOPLE IN CHARGE OF TELEVISION PROGRAMMING ARE EVIL AND/OR COMPLETE PUDDINHEADS:

Angela Anaconda was cancelled after only 2 seasons

The Wubbulous World of Dr. Seuss was cancelled after only a few (I think only 2) seasons

Inexplicably, SpongeBob SquarePants, one of the most inane T.V. shows ever, has lasted over 10 seasons

Chuck was cancelled after one season (but resurrected, thankfully, because Chuck is AWESOME)

Ruby and the Rockits was cancelled after only one season

REMEMBER: Nickelodeon turned down making Adventure Time a full series on their channel.