Is this the same Finnegan Wake we know?

sorry about the major spoiler but i was shocked when they showed him... is him the same Finnegan wake on the wheelchair we've known in the MH world? Or is he another saltwater monster and Lorna's boyfriend??? they look alike and his name's Finn... but does it means they're gonna drop the wheelchair (if it was really him) and make THIS Finn in the Monster Exchange Wave 2? i'm so confused... they also changed his clothes completely if so

wait so is he on a screen because he is, in fact, in another country doing exchange??? so that could mean he is really in the line??? he looks like he's dressed as a vampire from transilvania
what other stamps are on the boxes???

but they're dropping the wheelchair and completely changing his clothes if doing so...

also, wasn't the Rider on the wheelchair renamed Finnegan wake during the online competition?
Omg i literally can't follow this... 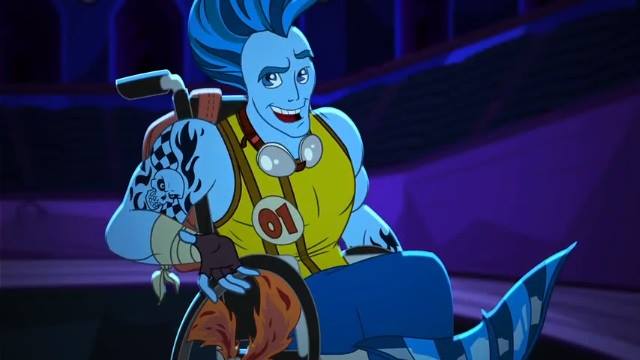 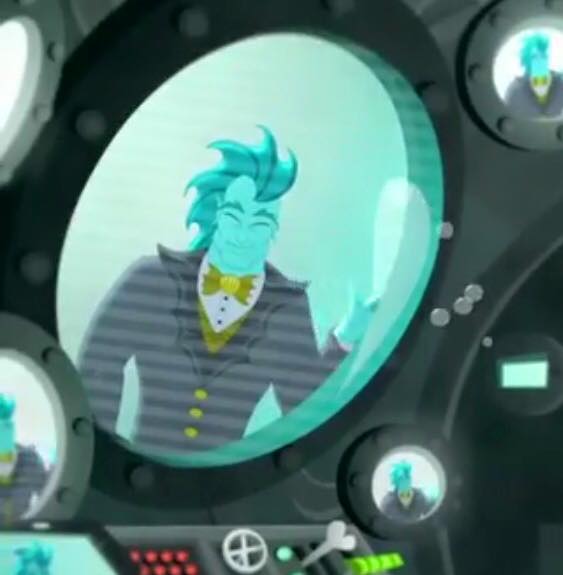 btw this is so messed up, they're both named Finn?

what if we're getting the first one as SDCC with that style and wheelchair, and the second one in the ME line?

by the way if they drop the wheelchair there's gonna be a huuuuuge backburn from the MH community online, we've all been waiting a disabled doll for so long

omg what if they pull a wydowna again and make the SDCC part of the ME line like she was for power ghouls? that way he could have two looks and the wheelchair! but i'm just daydreaming...

I'm not convinced they could get away with dropping the wheelchair, as it was the primary reason for people voting for him. The accusations of discrimination against disability would be super bad PR, remember back when Becky couldn't fit in Barbie's dream house?

Given we only see him from the waist up, I think we can't jump to conclusions. His outfit looks so super formal lol. I hope we get his regular outfit though man, because eugh.

If he IS in the exchange program though, he could be the Transylvania one.

though looks like they're pulling their usual "can't have a boy unless we pair him with a girl!" thing. Eugh.. it's getting a bit uncomfortable how the guys are portrayed as little more than accessories. Like.. really? do they ALL have to be paired off right from the start? What message is that really sending little girls?

Also looks like he's green now instead of blue? Man I hope they differentiate him better than that from Gil.

I'll admit I haven't seen the webisode, but looking at these pics I just don't believe they are supposed to be the same character. The face is a completely different shape. The skin is a different colour. The eyebrows are different. The new guy has ears. Also, if he's supposed to be dating Lorna that's just plain creepy 'cos he looks about 30.

but they're both named Finn.

I agree ... I think there are too many differences between them to be the same character.  Plus, they showcased his original design in the online profile vote, so why would they feature those images if they decided to change his features.  There are enough similarities, however, to make me worry a bit.

There's another vote for Finn here, it's to vote for his backstory:

Since they are still showing him like he looked in his debut webisode, I don't think they'll change that for his signature look. However, like with many mansters before, that is not a guarantee his signature will be released as a doll first, if at all.

Gosh, I hope not!  It's suspicious to have two mermen named Finn but perhaps they've run low on salt-water creature options and are simply recycling concepts for minor characters.  It doesn't make sense that they would change his appearance, though - have they ever done that before for anyone else?

I really hope it's just a case of laziness on the writers' and designers' part and not an unfortunate character revision.  That would be hugely disappointing.  I hope they do right by him and us.

Wydowna... her fashion style was completely changed from her vote prototype. She went from this sorta cowgirl look to comic related. It was hugely disappointing for those who liked her crazy cowgirl look. They did end up using her spurred boots in I heart fashion and making her a dress a similar shape but no tights, no vest, and a completely different print (comic panels not plaid)

Billy too, ended up with a completely altered personality, his hair was changed and his outfit tweaked. Not a huge change visually, but a massive one character wise.

So yes, they have completely changed things before. given the votes, I cannot see them denying Finn his wheelchair though. it's a crucial part of his character. And judging by the votes, the disability element is the part people want made a big deal of (which I don't personally like because I feel it's a little demeaning, I prefer the wording that isn't preachy and doesn't go on and on about his chair)

but it also wouldn't be the first time the art hasn't matched the doll. Operetta's signature doll didn't even have the correct hair style!

I can't see them reusing a name like that, particularly not one for a character so in the fandom eye currently. His skin tone may be a result of the underwater thing, could be explained as lighting blah blah blah. But yeah, he does have ears suddenly and more detailed eyebrows. This may be a case though of tweaking the design of what was a one off character originally and making them more generally appealing. They did it with Iris and Scarah, giving them slight tweaks to their outfits etc to make them a bit more stand out.

Who knows.. it's very random.

Yes, you're right about Wydowna - that still burns me a bit.  And I had forgotten about Billy.

If these 2 guys are supposed to be the same Finn, then I think they've taken tweaking to an unfortunate extreme.  They just seem like 2 different people to me.  I really hope it's a freaky coincidence and not a character alteration.

I'm sort of on the edge of my seat with this whole thing since Rider is the one character I'm hoping they get right.

Permalink Reply by another_monster on January 30, 2015 at 12:05am
I'm not the only one creeped out by the fact that this "Finn" looks like hes 60 right?
I can't be the only person.
Other than that,I hope we get his old version and that Mattel would stick to something.
First the name,then his story and now his location?
Really?