::::::Original Post::::::::
I recently purchased both a Create-A-Monster Color Me Creepy Starter Pack (the blue one [based on the Laguna doll?]) and a Skelita Art Class doll, with the intent to fully convert these dolls into both, Jack Skellington and Sally the Ragdoll from The Nightmare Before Christmas. These dolls are to be presents for my 3 year old Niece. She loves TNBC (thanks to me) and has a love for Dolls. I'd like to have Sally done by her birthday (june) and Jack by Christmas. If not sooner.

I wanted to use these forums to get feedback and tips, and perhaps help anyone else interested in such an endeavor.

I've looked up tutorials on removing hair, makeup, Et Cetera. So I'm really just here for any tips on what may go wrong.

I have already removed the hair and makeup from Skelita and have plans on using sculpty, or simular clay to build up Jack's features upon her face, and to build up her ribcage to hide her breasts.

As for the Color Me Creepy to Sally, I have not received that from Mattel as of yet, but I plan on also removing the makeup on her face adding a long, dyed wig (the one I have is Blonde) and making the clothing for both her and Jack.

Below (or attached, depends) are photos of my progress. I plan on coming back to this thread frequently to answer questions, or to ask my own, as well as post more updates on the project.

Any and all feedback is welcome and wanted lol.

Such as, what would be the best way to remove the feminine curves of Skelita? I can hide most of them with the suit I will be making for Jack, but if there is a way to heat the plastic, so I can take some of the curves out (and flatten the feet) I'd love to know how!

The Color Me Creepy I have coming to me. Is there a way to stop the color change? I saw a thread about it, but I'd like to be sure it worked before I try it. Remove the Color Change Feature Thread

Yes I tried to shave her head lol. I later learned of the Boiled water technique and pulled her hair out that way.

Sorry for Page stretching, was working on the project as I waited for my account to be authorized. Won't happen again.

If you scrub a bit more with non acetone that smearing WILL come off. You just need a little elbow grease heh. I use non acetone all the time, i'm far too paranoid about melting to use acetone itself.

Permalink Reply by PlagueRat on March 23, 2014 at 5:55am
I have to say firstly...I LOVE LOVE LOVE this idea! I'm a massive TNBC fan myself so I practically squealed when I say this. There is a thread about genderswapping dolls which has towards the end some skelita discussion which might help: http://www.monsterhighdolls.com/forum/topics/genderswapping-tips?xg...

I was thinking more acetone based, but diluted nail polish remover. Pure acetone is way too risky for me too. I still have a few days before the CAM doll comes in, so I'll definitely try the ol' elbow grease. Thanks for the reassurance that what I have will work though.

If you scrub a bit more with non acetone that smearing WILL come off. You just need a little elbow grease heh. I use non acetone all the time, i'm far too paranoid about melting to use acetone itself.

Thanks for the link PlagueRat. Will check it out.

on a side note... you wouldn't happen to be an Emily Autumn fan would you? Just had to ask.

I have to say firstly...I LOVE LOVE LOVE this idea! I'm a massive TNBC fan myself so I practically squealed when I say this. There is a thread about genderswapping dolls which has towards the end some skelita discussion which might help: http://www.monsterhighdolls.com/forum/topics/genderswapping-tips?xg...

I figured. Not many ppl, even in the Goth/ Emo/ w/e communities, would use PlagueRat as a title without a knowledge of Ms. Autumn. Lol

... I was actually planning at one time to use the Skeleton addon parts for Jack. Looks like I can do that again.
Thank you very much for that link! Though now it looks like Jack won't be done till Christmas. Oh well, saves me headache lol.

Found some Spare arms/hands on Mattel's parts site.
https://store.mattel.com/ItemDetail.aspx?cat=139&item=62424
Definitely going to do this when I have the cash.

Permalink Reply by PlagueRat on March 23, 2014 at 1:57pm
Its nice to know other people know who she is (I'm so used to confused/funny looks when I mention her lol) I think she'll make a gorgeous doll though, my own little EA!
Hopefully Sally will not take as long as you think and you can get Jack sorted sooner. How you going to 'sew' your Sally? Have you decided yet?
Also I think I have some skeleton CAM parts I'm not using if you have need?

Definitely. She has such a unique style that would translate well to the Monster High dolls.
Any particular moment from EA history you plan on choosing for the doll? Personally, I loved her look as the Painted Doll in TDC, Terrance Zdunich's design was just perfect for her.

I'll tell you what, If I can't find another Skeleton set (they are really hard to find apparently) for a decent price, I'll take you up on that offer. With proper compensation of course.

I was going to just paint the stitches on, then hit the parts with a matte clear coat. I have a ton of reference pictures of her exposed stitches. All from the original Puppet. (wish I had a Replica of her now though lol.)

As for Jack's suit and Sally's dress, I have already modified an old "Gangster" costume to be Jack's suit once before and I have my Master Replicas/Medicom Jack Skellington (you can see his leg in the second picture) for the detail. Sally's I have found a ton of pictures of custom dresses, and I plan on watching the movie for color matching.

Permalink Reply by PlagueRat on March 23, 2014 at 3:42pm
I'm not sure to be honest, once I get more time (I've not got much custom time at the moment) I'm going to find the right look.
Let me know, they're just sat in a box at the moment.
I'm also making a Daughter of Chucky and I plan on digging out some bits where she's been 'stitched' back together and going to add some sculpey/fimo stitches.
I'm excited to see, and of course watching it is only for colour matching ;) lol

I was thinking of adding sculpey for her scars/stitches, but with a 3 year old playing with the doll, I'd rather not have something that needs too much work.
That and, I'm not sure how to go about "firing" the clay.
I follow an artist on Facebook, Jason Freeny, who has used both vinyl and plastic toys in his sculptures.
Each one using a form of sculpey and a toaster oven to fire. I'm awaiting a reply (hopefully) from him to see if he will tell me what version of the clay he used, how long and at what temperature to fire at. This way I know I won't melt the vinyl before the clay is done.

I also don't want to have to paint the CmC if I don't have to, as that particular shade of blue would be a pain to re-create. Perfectionism is annoying at times lol.

Well, if the parts are just sitting around, and you don't need them, Message me a price and I'll see what I can do. I noticed on your profile that you are in the UK, so just use the euros you want and I'll convert it to freedombucks (lol), USD. I'm all out of spending cash atm, thanks to the spontaneous purchase of the Skelita, CMC, Wig and boots for sally (little red barbie ones), but i'd really appreciate it. Only one I found was on Amazon and I'd rather not send my arm and leg for it lol.

Just  got some bad news.
The Liv Wig - Long Blonde, i ordered from Amazon is not in stock (even though it was when I ordered it) :/ 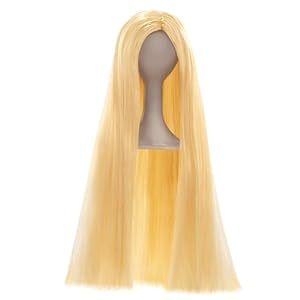 It seems that all the wigs are sold out from spinmaster's official page. That blonde one would have been perfect for Sally after I dyed it using this method Dye a Mohair Wig.
Oh well. Time to get back to searching.

Permalink Reply by PlagueRat on March 24, 2014 at 3:23am
Haha I'm sure he'll get back to you, I'll keep all crossable appendages crossed for you!
Yeah they can be expensive on Amazon, I was looking for some Bratz fashion packs and almost got palpitations at the price! Will message you.

Oh no! I hate when they do that, why say its in stock?! Grr. I hope you find wig, hopefully its fate and you find one cheaper!

Ok, so Since I'm not really working on anything right now, I thought I'd throw up some quick mockups and a work in progress shot.

Since I cannot get a male skeleton body that is suitable for childsplay, I have decided to model and 3d print my own skeleton body from neck to foot.

Using a free base skeleton model I found on the net, I'm working on reshaping the skeleton to feel more like a Monster High Sculpt (which I love btw. The Skelita skelital body sculpt is magnificent.) After I have finished this, I plan on using either Shapeways.com or a local 3d printer to print out the body, which will then be assembled and used for Jack.
If this proves to be cost effective, I may be inclined to create other custom body parts that would work with the CaM bodies, as well as custom bodies with ball joints. But only time (and money) will tell. If this falls through, I'll just continue using the Skelita (which is a shame, as I have grown attached to the skeleton) for the base, and build up on the body as I originally planned. As for the head, I still plan on sculpting a mask to the existing face, disguising her completely. I'm still in a tossup as to what clay to use. From what I've read, I may use the Crayola clay that is still a bit foamy to the touch after it dries. This will keep the head soft, and reduces the chances of breaking when my niece plays with it. This will also remove the need to fire as well. At least for the head. Once I have the CaM set, I'll be able to do more, both with modeling the Jack replacement body and begin working on Sally.

And yes, I was able to find a second wig. I'll need to order one soon, and add a second step to the dying process. I found a brown wig with pink and black coloring to it. I'll need to bleach it, then dye it to Sally's auburn/mahogany coloring.