Did you ever believe that you met your soulmate(s)?

Did you ever believe that you met your soulmate(s)?

So far, I've met at least a few guys who could have easily been my soulmates, in one way or another.

When I was in college, I knew a really zany, crazy guy, but he was really sweet. I helped him with a Creative Writing project, and he let me share my own story ideas with him. He once even said that we had similar tastes, with regards to not eating big meals.

Sadly, I was too shy to really become involved with him, and, after college, we never spoke again.

Very recently, while I was in the antique shop, I was feeling uneasy, and I sort of absentmindedly chatted with a hot guy who had just wandered into the Barbie section of the shop. After he had walked away, I was wishing that I'd be able to see him again....and knowing that I would more than likely never get the chance to do so....

Yesterday, while I was in the market with someone from my family, they began chatting with a different hot guy. It turns out that he was working for the store by working on the building plans, etc.

This guy was absolutely amazing! Blue eyes that I could've stared at all day....and all night, and slightly older than I am, and....good for my health, in that he doesn't watch a lot of T.V., or sit on his butt, or whatever....except that he travels all around the state....and I hate travel! In every other way, though, he was the perfect guy....and no ring! Well, he didn't follow the "At least 10 years older than I am" rule, but those eyes made up for that! 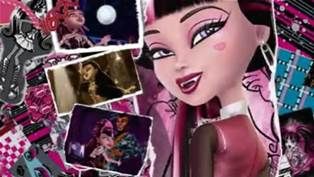 NOTE: Pic is not mine!

<Disappears into a shadow, glancing up at the moon dreamily>

I dunno. I mean, there's days where i'm soooo mad at my husband and then other times where I realise he just "gets me".

I roll over in bed and yell "FACE!" and he just rolls his eyes and laughs. (I'm really weird okay?). I make "KABOOM" noises when it's too quiet and he looks at me and is all "kaboom?" and i'm like "damn right" and we both laugh and one of us puts on music.

Not many people can deal with my weird so you know...

We have a lot of "in jokes" only we find funny, I try to lick his face just to annoy him and he pokes me in the face when i'm concentrating.

He's the only person i've been comfortable enough around to be totally and utterly unrestrained in my bizarreness.

Like, previous boyfriends had to endure my random exploding and giggling and face licking, but I don't remember ever talking to them in prolonged gibberish just because, or being woken up by them dancing naked <_/p>

We both love morbid weirdness, he doesn't think it's strange that I like to walk through cemeteries and our honeymoon mostly was filled with ghost tours and poking mummies (yes, I poked a mummy, it was awesome)

I dunno about soulmates, but certainly we have a great time when he's not making me angry. He's my best friend and while sometimes I want to stove his stupid head in with a shoe, other times I just feel my heart swell with love for him.

I suppose that's love and relationships though isn't it? it's not always easy to share your life with another person and sometimes they will make you want to throttle them but then they'll say something or give you a certain look and it's all okay again.

Thing is, I don't fall for people on first sight at all. I fall for people i've already become friends with. Every guy i've ever dated has been my friend first which helps a bit, they have time to acclimatize to my particular brand of totally mental.

I don't really believe in soul mates I kind of believe in fate and meant to be.

I've never had a real boyfriend or a real relationship, I've been around guys who only want me for one thing.

I never got to experience young love or teenage love back then I was a different person I regret my past and the time I wasted trying to be someone I'm not, there were things I thought I wanted from a guy but now I realised what I really want is just real love.

I don't want kids so I need to find a guy who is on the same page, otherwise I couldn't keep him because I wouldn't want to keep him from something like that, it wouldn't be right, I would marry a guy yes but no kids I'm just not responsible enough, I'd get pets though lol animals are different and not that dependant especially cats.

it would be awesome if I could find a guy I have things in common cause what would we talk about?

Permalink Reply by MonstaMan on October 28, 2017 at 3:00am
Nah i'm in the forever alone crew , nobody has waltzed into my life. I'm waiting for the robot revolution, i've given up on human women.

Well, I never actually dated....ever, or experienced....much of anything whatsoever, and my boyfriend of about 4.5 years has left me in almost that exact same place, with regards to my life, so....

If Japanese love robots ever do become affordable, the male version of those is going to be my option, although I know that the entire experience will be....eerie, and sad, anyway....

I guess that I can be thankful for one afternoon of mild appreciation, while I was still worth appreciating, but, four and a half years later, I am starting to become more than restless, without so much as one date with my boyfriend, one kiss, or one face-to-face conversation.

It's rather frustrating, as I never did any of those things during Jr. High, High School, or college, and I wasn't exactly the really, really unattractive kid with the bottle of complexion cream in one hand, and the diet book in the other, quietly hoping to have clear skin and an hourglass figure. I looked way, way young, but I wasn't ugly, either.

Unfortunately, I am both old-fashioned (I studied old photographs, insisting upon mimicking them by posing my feet just as women from the 60s posed theirs in pictures, and I've always idolized old-time celebrities, like Natalie Wood and Camille Clifford), and the product of a rather chaotic childhood, and I've felt old since about the age of 11.

I am fast approaching (Well, within the next year, or so, but I always prepare for these things by becoming depressed early) my Black Baloon Birthday, that age when inexperienced people of both genders are the ultimate All-American joke, that age at which women must stop smiling, laughing, and being alive, that age that the goddess Cleopatra escaped by becoming regally immortal. I won't do that, of course.

What's really strange is the fact that, should a perfect relationship suddenly fall out of the sky at me, I might not want such perfection, know how to deal with a relationship, etc.

Some of that might be due to the Southern California aesthetic that saturated most of my life, which took place in a different part of California. I learned that to be blonde was key, that to be clever, but not smart, was vital, and that, at the end of the day, a woman's looks were her most important asset. I was taught to be open-minded by having peculiarity pointed out to me, rather than being introduced to actual people. I was taught to be creative, but pushed to fit in, because I never did. My medical history made me immodest, but true immodesty scared me. My time was mostly divided between my own bedroom, the hospital, and my grandmother's house (Mostly my room, but also Grandma's house, becuase Grandma's house was where I traveled to when I had to have a check-up or a surgery in So-Cal, etc.)

Needless to say, my early childhood was actually the most non-social time of my life, but that put me on the path to few Birthday parties, almost no Holiday parties, few sleepovers and get-togethers with friends, one high school football game, no dances, no dates, and just a lot of, no, no, no, in general! ACK! This is beginning to sound like some Meghan Trainor song, and I hate that song! LOL!

So....the act of finding soulmates was important to me, although my general style of living, most of which I couldn't have helped (especially early on) sort of soured my entire life in a multitude of ways.  :(

Sorry for being a total Debbie Downer, but I'm not gonna lie....

<Disappears into a shadow>,

I actually had found my soul mate and lost him (LOL) so is life. We have been living together for 10 years and separated. This was already a while ago. The problem is that nobody else really interest me. I know I will never find the same complicity, friendship, support, talks... I love philosophy and discussions, well I'm French!(LOL). I really need my partner to be my friend too. It is vital. You know, when you are so close to somebody, you don't need to talk. Just a glance is enough to know what the other person is thinking.
So here I am...I ended up with a broken heart. It has healed but I still have big scars.
Well, Wolf Whisperer, I did not have the greatest childhood either and it still affects me now which is a bit sad.
So I think I'll probably end up by myself until the end of times (especially now that I share my life with so many Monsters...) Oh Dear...

I'm sorry about your truly bad luck, with regards to your relationship, Tula, but you seem to be so sweet that I find it tough to believe that nobody else could find you to be interesting and worthwhile at some time during the future.

<Virtual hugs, and wishes for a better tomorrow>

Thanks for the kind words.

Well, we all know nothing last forever...so is the nature of things.

I am still too concerned with catching up, with regards to more basic....and primal adventures to really care as much about true love, and yet, sometimes, I seem to care, anyway....I guess that really is the nature of everything.

Well, I hope that you have a good day today, and that you are treated well by those who know you.