Anyone ordered from Bentzen's Emporium before?

I wasn't sure where to put this discussion, so sorry if it's in the wrong place.

I'm considering ordering some items from Bentzen's Emporium and I haven't seen any sort of reviews or any experiences with ordering. I'm curious to whether anyone else has bought dolls from Bentzen and what their experience was with things like shipping costs (particularly UK based experiences would be helpful but I don't mind either way).

Hopefully if they're a good website I can finish my Project Mc2 collection!

I haven't but I am also curious because I would like to get a few things.

do they have mermaid Bryden? and formal Bryden I must check this out.

ooo just checked they do have Both mermaid and formal Bryden though Formal is £32.99 mermaid is £26.99 so I'm gonna stick to mermaid for now they also have basic Katana for £32.99 that is a little higher than I'd like to pay but let's face it I don't have another choice so gonna save up and buy the pair, bet as soon as I do stores will flood with both of them but I can't take no chances.

how much do they charge for shipping?

they also have Ku Ku Harajuku but no Music of course, though I will keep an eye on them if they do then I will order all 4 of them, they are £32.99 a bit pricey but not too bad at all, and it seems to the price most new dolls are going in.

they have Sabine but the UK might get her but if they got this as a back up.

I have. Marc's very nice.

His prices are very high because he imports in a lot of cases from the US and it's not cheap. Because he's a small company he can't get those same "bulk buy" deals and for exclusives he can't buy direct but rather has to go through a third party.

I tend not to order from him because I find it's often cheaper to order from Amazon.com direct myself but in some cases that's not a viable option or postage and such is so much that it works out no cheaper. Depends on the item and rarity.

Anyway, postage is a bit pricey imo but it's first class post. He's quite pleasant to speak to and does care about his customers.

He's a member of several of the MH groups on facebook as well, so i've chatted to him a fair bit outside of buying stuff heh. He was a sweetheart and actually sent me a doll to cheer me up after Mattel upset me, so he is a decent guy and I feel kinda obligated to recommend him lol.

He also is quite willing to take photos of every doll he has in stock and let you pick the one you like best. He's well aware we doll people are wierd about wonk and so he'll take close ups on faces if you ask.

That in itself can make the price worth it to some people, you aren't buying "blind" like many online purchases and there are collectors who would rather pay more to get a doll they KNOW isn't wonked than take the risk.

Oh and he'll also often price match if amazon get something in at last.

I believe postage is about £4:95 within the UK. As I said, it's a little steep but if you're buying multiple things it evens out. First class postage is about £3:40 now via royal mail and that's just the postage. factor in bubble wrap and boxes and it's not that unreasonable.

£4.95 sounds reasonable to me, especially compared to the shipping and customs you get with American sites like Amazon (don't even get me started on Target's international shipping). I was expecting something extortionate.

The items I'm looking at aren't too far from their RRPs anyway (I'm looking at deluxe Project Mc2, and the most expensive one is only seven pounds over RRP), and I'll take any opportunity to buy multiple things. Knowing he's a nice person makes me a lot more assured too. Thank you for letting me know! :D

No worries. I hope it all goes fine and you enjoy your dolls!

Breanna - please PM me before you purchase as im happy to discount orders if you are looking to bulk buy :-)

Hi Breanna - only just come across this page.

Please check our FB page for reviews, we are also Top Rated on ebay.

We have a standard postage charge of £4.95 which is for unlimited numbers.

We have MH, EAH, Enchantimals, KuuKuu Harajuku plus many more.

We can be a little more expensive because we aim to have dolls a few months before UK release, as the pound is weak and we have customs fees sometimes we are a few pounds more.

If you would like to PM me anytime you need a doll please feel free.

Ever After High One Stop Shop

welcome Marc, great to see you finally join us!

Hi, it's nice to see you on the site.

My parents ordered the Project Mc2 dolls I wanted from your site as my Christmas present. 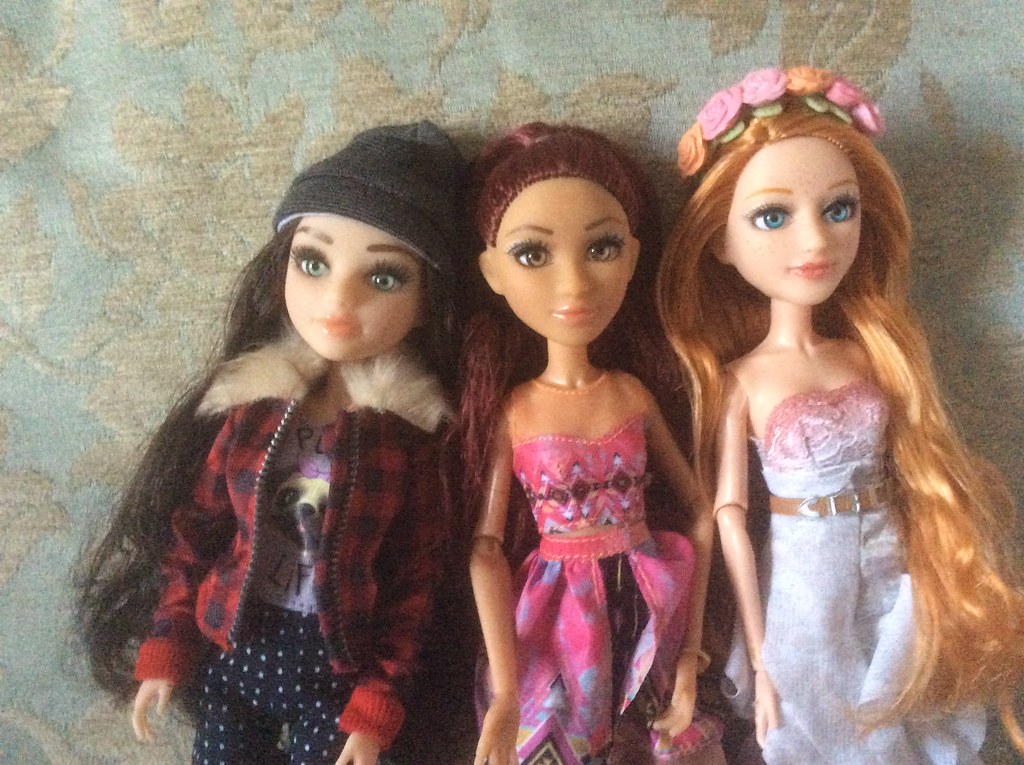 They're great dolls, but the problem is that my parents ordered seven dolls and only three of them came. This was around the start of December, which was enough time for them to arrive before Christmas. Three of them apparently came as normal, but according to my parents (who handled the purchase since it was a Christmas present) the same dolls were shipped out twice (my parents had three of Ember in their bedroom at one point) with no sign of the other four.

They returned the extra dolls before the new year and were promised word back on things last week, but since then they haven't had any sort of response to whether the other dolls are coming.  The fact is, they're pretty annoyed and I'm rather sad because I was hoping to complete my collection and now that's kind of in limbo.

So...what's going on? I'd really appreciate some clarification.

If it is the lady i think we did indeed send seven dolls, we received a message saying duplicates had been sent in error which isnt like us at all.

I have received the dolls back and we have ordered in replacements for you, as im sure you know these dolls are now deleted so I have had them sent from the US so we can correct the error.

Im looking to have this sorted within the next week. Apologies again, I can only think we sent the wrong box to you, i just dont understand how as ive not had anybody else contact me about receiving the wrong dolls.

We will get this sorted for you and send some extra goodies as apology for the issue.

Thank you for the quick response.

My parents have been handling the order and they're just concerned that they haven't had a response back via email. Hopefully this will be sorted out soon enough :)