American Girl announced its new set of dolls for 2017, and it is notably more diverse than in years past. 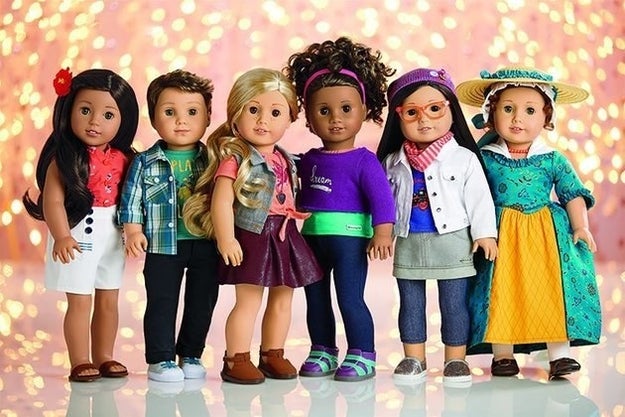 There is the new 2017 Girl of the Year, Gabriela McBride, an African-American whose love of spoken word poetry has helped her overcome a stutter.

There is Z Yang, a Korean-American who uses filmmaking to put her own stamp on the world.

And there is a historical Hawaiian character, Nanea, who will hit shelves later in the year.

But the most surprising inclusion is American Girl’s first-ever boy character doll! 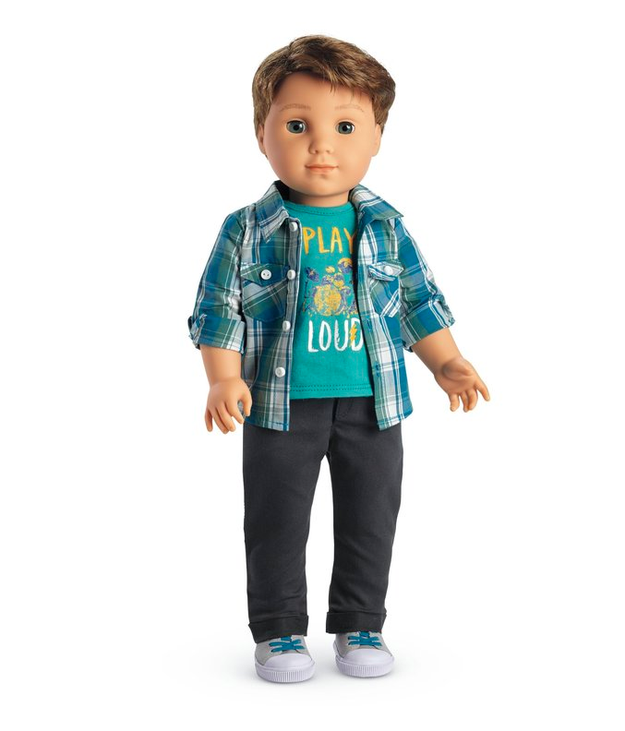 Logan comes in response to requests from American Girl fans who have long wanted a boy character doll. Many, in fact, have taken to DIYing their own boy dolls.

So what’s Logan’s story? He’s a cool cat from Nashville who plays drums with his singer-songwriter pal, Tenney Grant (who is also a new doll for 2017). 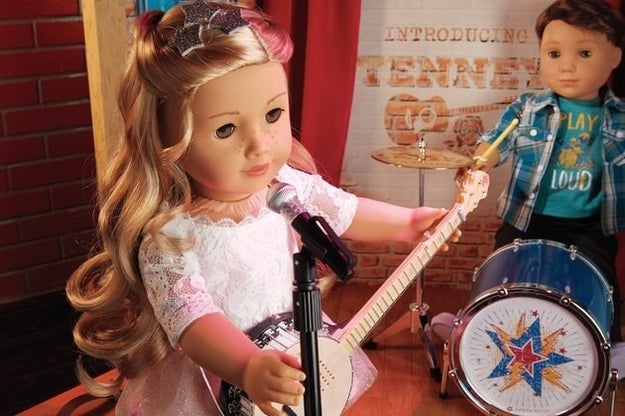 Logan Everett will be available in American Girl stores on February 16th.

Wow this looks like a nice range actually, Logan, Gabriella, Z and Nanea are my favourites they stand out, shame they don't do them overseas I don't get why just because of a name we have things over here with the word American in it, anyway their popularity has created companies to do similar dolls and we have our own versions plus they are not as expensive so that's a relief I guess because it would cost a fortune to buy every one of them still they are nice.

Well it's about time.

I'm glad that American Girl dolls are getting more diverse, even though I don't collect them myself. Having Gabriela's talent be spoken word poetry is cool, and Z and Nanea are cuties too.

I also wish their ethnic dolls had more ethnic features.

And of course pantygate and the tails hidden in their permapanties ahahah, what the heck?

I wanna see more of those out "in the wild" to confirm whether the vinyl is thinner and whether the butt looks like a boy's uh... front region.

I mean, i'm not a huge fan of this kind of doll but watching Mattel's handling of it over on facebook is like watching a car crash in slow mo. You just can't look away as the drama and damage unfolds.

never personally had one of these(my niece does have one) but I used to get catalogs from the days before Mattel owned them. I loved the old catalogs and looking at all the attention to detail concerning the history with the accessories and the historical outfits. Once Mattel bought them, you could definitely see how much they changed it. I could get why those who were fans of the dolls prior to Mattel got upset. the Nanea doll seems trying to ride on Moana's coattail but new dolls of color are always cool. The boy doll...always wondered why they never had boys so that's cool too. Also are they bringing back Felicity? looks like her in the lineup in the colonial wear.

Permalink Reply by another_monster on February 19, 2017 at 5:11pm
I never collected these because they would take up a lot of space but I always admired their diversity. I'm glad to see that they are testing the waters for American Boy dolls. I might have gotten one back when I was younger if they'd been available and had one close to my skin color.